What is the Next Big Catalyst for Gold?

And Why Gold Didn't Move This Week

Gold prices plummeted over $40 on Tuesday, falling below the key support level of $1,300 an ounce for the first time since Brexit. It was the worst day for gold in over three years. 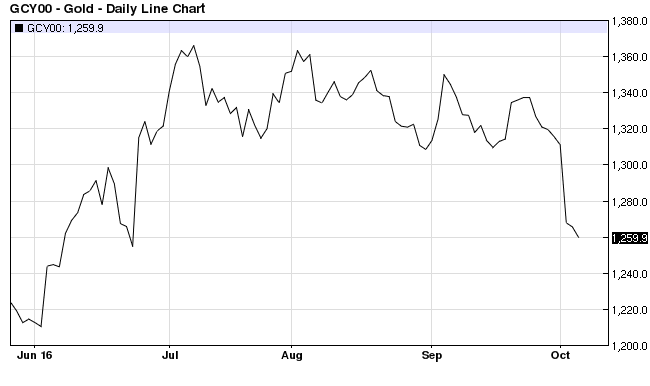 But there was something quite curious about Tuesday's drop in gold prices, which left many gold bugs scratching their heads. Here's what happened...

The conditions for Tuesday's plunge in gold prices started over the weekend with a bout of renewed Brexit fears. On Sunday, UK Prime Minister Theresa May announced that the process to remove Britain from the EU would begin by the end of March next year. This put significant selling pressure on the British pound starting Monday morning.

Then on Tuesday, the International Monetary Fund released its latest World Economic Outlook, which cut the forecast for economic growth in the UK next year. This pushed the British pound to a 31-year low. 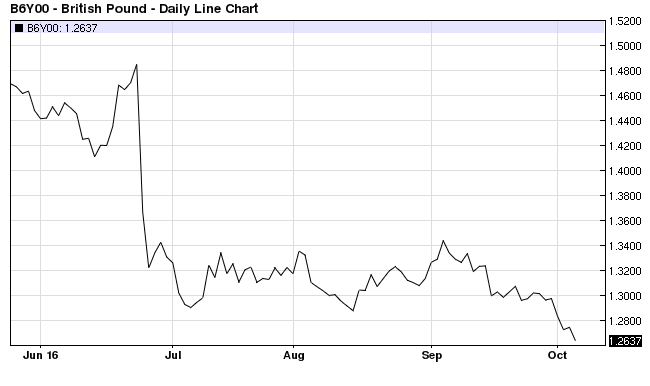 Now, following the original Brexit referendum on June 23, we saw the exact same things happen with fears of slower economic growth in the UK and a three-decade low in the British pound. But this time the market didn't react the same way.

Immediately following Brexit, investors moved into both the U.S. dollar and gold as a hedge against a falling pound and a UK recession. As a result, the value of both the USD and gold was boosted simultaneously.

Following Tuesday's fears surrounding the UK, investors once again went into the U.S. dollar as a hedge. But here's the curious part...

This time, they didn't buy gold.

Why did investors choose to hedge with both the USD and gold following the original Brexit referendum on June 23, yet only buy the U.S. dollar and ignore gold this time around?

Well, no one can say for sure just yet. But I think a lot of it has to do with two things...

First, the Shanghai Gold Exchange is closed this week for a holiday. The SGE is the largest hub and physical exchange for gold. So with the exchange being closed, there is much less physical gold being traded right now than normal. And this may have simply restricted some investors' access to the metal.

But maybe more important to remember is this...

Many people are concerned with the world's economic outlook. But a large majority of them are not gold bugs. Most are simply not interested in gold. And some even see gold ownership as barbaric. So in times of economic stress, they're not going to buy gold; they're simply going to revert to cash.

It's also important to remember that gold is not easy to sell right now. Gold prices are constantly being quoted in the mainstream financial media as having already increased some 30% for the year. Of course, that's true (or was until Tuesday), but I think the 30% YTD increase quote turns a lot of investors off from buying.

Prior to Brexit, gold prices had also already increased, but under 20% YTD. So I think there is at least some feeling among some investors that they've “missed the boat.”

So where does all this leave us in terms of gold's outlook?

Well, as I wrote to my Secret Stock Files letter on Tuesday, I was quite confident that gold would break through the $1,400 level by the end of the year. But after breaking down below $1,300 an ounce, my confidence in that target is shaken. A lot will depend on what happens to gold prices over the next few days. The next key support to the downside for gold is $1,250.

Nevertheless, my longer-term outlook has not been affected at all. The intrinsic and underlying factors that plague the world's fiat currencies are not remedied simply by creating short-term demand for them, which is effectively what happened on Tuesday concerning the U.S. dollar.

The world's central banks (particularly in Asian countries) continue to competitively devalue their fiat currencies, which essentially transfers wealth out of your pocket and into theirs. These currency wars started some 20 years ago and have now spread around the globe.

Just three weeks ago, the Bank of Japan said it would “overshoot” for its inflation target going forward. Meanwhile, several key U.S. Federal Reserve members have also expressed a strong desire to inflate many times over the past few months.

While all this is happening, global debt continues to pile up with reckless abandon. Just yesterday, the IMF reported world debt levels are currently sitting at an all-time high of $152 TRILLION! U.S. debt alone is expected to top $20 trillion this spring.

This is all leading up to what will essentially be a consolidation and transfer of wealth from fiat currency holders to central banks and governments.

All fiat currency holders will suffer. Some currencies themselves will fail. I expect to see a severe bout of hyperinflation in at least one country (most likely a small African country) within the next 24 months.

Central banks are the masters of their fiat currencies, which are simply standardized products for the storage and exchange of labor. And, for the most part, they have control over the value their product, largely through supply. Fiat currency consumers (basically everyone in the world) essentially hand over and trust the value of their invested labor to their nation's central banks.

Gold has no master. There's simply no way to significantly increase the supply of gold. More gold is being mined every day. And most gold is recycled. But gold is ultimately a finite resource. Paper money can be printed to infinite. And as I've mentioned, gold is much rarer than most people consider, with less than one troy ounce currently available per person globally. 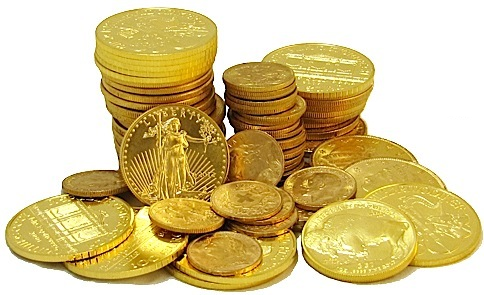 My longer-term target for gold prices has been $6,500 an ounce by 2019. Although I think the recent dip below $1,300 may lead to some short-term weakness, I'm still just as confident as ever about gold prices over the longer term.