Why exactly do we use lithium batteries?

The simple answer is because they power the things we need to use daily. The ability to quickly charge and discharge energy gives lithium batteries a unique advantage that’s absolutely necessary for the fast-paced, high-tech world we live in today.

But nothing comes without a price. What effect do these batteries have on the world? What are we losing by using lithium?

Much like the opponents of hydraulic fracturing in the oil and gas market, some people are worried that lithium mining could be doing just as much harm as the commodity does good for the environment.

Let’s take a look at today’s modern mining methods and see how bad it could possibly be...

There are two main sources of lithium in the world: brines and mines.

Brines are places where minerals have collected in near-surface water supplies. These mixtures can have highly concentrated amounts of a number of minerals, including boron, potassium, and, most importantly for us, lithium.

The majority of the world’s commercial lithium comes from these brines, and the extraction process is pretty simple.

To produce from brines, companies separate the lithium-heavy water into pools, which are left to evaporate, leaving the dry lithium and other minerals behind. 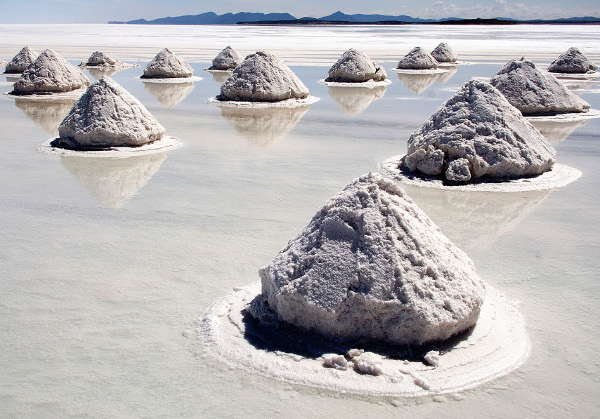 From there, the “lithium salts” are collected and put through a chemical process that isolates the lithium from the other minerals. The lithium can then be refined for use in batteries or in other processes in the industrial and medical fields.

The biggest drain on the environment with this process is water. We’ve spoken at length about the world’s ongoing water crisis. It’s not an issue to be taken lightly.

But here’s the thing: lithium brine operations don’t pollute the water. They pump it into the pools... and let it evaporate on its own.

Nothing harmful is put into the pools, since the chemical separation comes later. The benefit of producing from brines is that, for the most part, the essential metals are already broken down.

And the water? It later returns from whence it came in the form of natural rain.

This practice comes in strong contrast to operations in coal and oil, which end up with water that needs chemical treatments before it can be put back into its original ecosystem.

Now, there is another option for mining lithium from hard rock mines. This comes with inherently higher environmental effects, including the energy used (and emissions caused) when digging, transporting, and processing hard rock materials.

This process requires that mineral-laden rocks be heated and crushed before being chemically treated to separate the important elements; remember that in brines, this part has already be done by nature!

However, about 70% of the world’s lithium supplies come from brines rather than mines.

Aside from being less environmentally friendly, hard rock mines cost a lot more to explore, develop, and operate in both time and money. You can see a handy breakdown of the average costs right here.

That’s why world’s biggest producers, SQM, FMC, and Albemarle, produce primarily from lithium brines, often in Chile and Argentina where salt flats offer an abundant resource to pull from.

Much like many even more environmentally unfriendly things in the world, the truth of the matter is that we need lithium.

There are quite a few things you use every day that rely on lithium's unique properties...

The metal can act as an air purifier in some A/C units and in all NASA space missions.

Lithium is taken as a medical treatment for mental illnesses like bipolar disorder, and it’s what keeps many pacemakers running today.

Yet the biggest use for this marvelous metal is — you guessed it — in batteries, large and small.

In years past, most of the demand for commercial lithium came from consumer devices like phones and laptops. But since 2013, transportation has seen the biggest growth in lithium demand. Now that more wind and solar farms are being installed worldwide, energy storage requiring lithium batteries is picking up the pace as well.

That's not to say there won’t be a better battery in the future. There are already designs out there that improve upon or entirely negate today’s modern lithium-ion structure.

But few, if any, are commercially viable. We won’t be making a miraculous switch overnight.

Just this month, Tesla finally flipped the switch on its Gigafactory, the $5 billion behemoth that the company claims will be able to produce enough battery power for more than one million EVs annually.

And that was before Tesla’s grand Model 3 announcement and the 400,000 pre-orders the car got within days of the unveiling.

Now the Gigafactory will be pumping out batteries not only for Tesla’s home Powerwall systems but also for the mass-market Model 3. That means a lot more pressure for Tesla’s competitors and a huge boost in demand for this essential metal.

We Need That Lithium

Here's the long and short of it: we're not kicking the lithium habit anytime soon.

In fact, lithium demand is expected to nearly triple by 2025! Companies like Albemarle (NYSE: ALB), with operations in the salt flats of Chile or right next door to the Gigafactory in Nevada, are going to see the biggest gains within the next decade.

And yes, there is an environmental cost. But given that the goal is producing the single metal facilitating the shift away from fossil fuels and towards clean energy sources... I think the ends justify the means on this one.