The global need for lithium will only grow...

Russia is losing ground on one of the country's vital industries: oil and natural gas.

Unfortunately, neither of these is very profitable for Russia right now, practically forcing the country to focus on another prized commodity: rare earth metals.

In the past, Russia has suffered shortages of beryllium, niobium, tantalum, high purity quartz, and several other metals.

The most important of these right now, however, is lithium.

Lithium has quickly become the backbone of energy storage and clean energy industries. Its use in batteries has increased dramatically; the lithium electric vehicle market is set to quadruple in the next decade!

So I'm sure you understand why lithium production will get most of Russia's attention.

You see, Russia's lithium shortage came after the shut-down of the country's only lithium production plant in Transbaikal. Since then, lithium demand has been met by suppliers in Australia, South America, and for a time China. 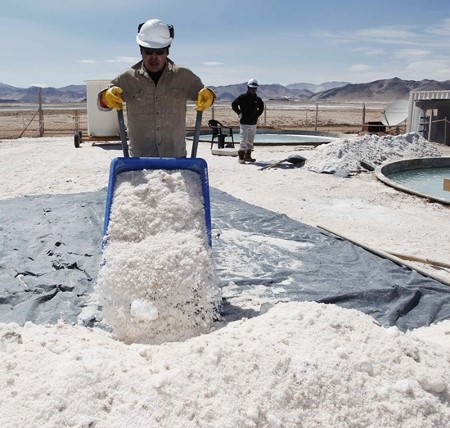 Now the Russian government has decided it's time to restart domestic production.

The first lithium production will be done on a large scale at the capacity of the Novosibirsk Chemical Concentrates Plant. The first mining site may either be in the Transbaikal area, the Mountain Shoria territory, or in the Eastern Sayany mountain range in southern Siberia.

Unfortunately for Russia, these restarts may not become economical for a while, and the country will have to develop its own mining and refining technology due to sanctions that prevent the import of Western-made technologies.

Still, Russia is already developing its ore enrichment and lithium compound production methods through the combined efforts of the Russian government, the Siberian Branch of Russian Academy of Sciences, and the Institute of High Temperature Electrochemistry.

Now, even though it will take years — maybe decades — for Russia to be among the world's top lithium producers again, the fact that they're making this move now shows us the kind of role that lithium will play in future technology.