CCS is Dead. Here's What Killed It...

Way back in 2003, when $40 oil would have been considered pricey, President George W. Bush announced a massive new energy project called FutureGen.

The goal of the project was to build the world's first coal-fired power plant with near-zero carbon emissions. To accomplish the goal, the project was granted massive amounts of funding from the Department of Energy.

It was slated to cost $1.65 billion, and 74% of that money would come from the DOE as long as FutureGen stayed on target to finish by 2020.

However, in 2008, when the world was still in the thick of the recession, the FutureGen project was shuttered due to higher-than-expected costs — that and it's tough to sell a $1 billion-plus project to taxpayers when they're losing their shirts.

But in June of 2009, the project was given new life after President Obama announced the government would pay out $1 billion in stimulus funding for it and require a team of private energy companies — mostly coal companies — to pony up the rest needed to build the facility.

This time, instead of breaking the bank on a new plant, the goal was to retrofit an existing one in Illinois with carbon capture and sequestration (CCS) technology.

Except on Tuesday, after nearly six years of work on the redesigned project, the Department of Energy announced that it would suspend all remaining funding.

Even though the DOE gave very little explanation of why it would stop the project, we think we have a clear answer...

CCS Coal is Just Too Expensive

The companies that had worked on the plant and invested around $25 million into it over the years say they have no way to make up the funding taken off the table by the government.

Kenneth Humphrey, CEO of the FutureGen Alliance, said the DOE “concluded that there is insufficient time to complete the project before federal funding expires in September.”

Now, to be clear, this project wasn't a normal government-subsidized energy project. The reason it was so expensive was because it was the first of its kind. Had it been finished, it would've been the first coal plant in the world to use the nascent CCS technology.

If you're unaware, CCS technology cuts carbon emissions from coal plants by removing about 90% of the carbon so it can be shipped via pipeline and stored underground and out of the atmosphere.

While this sounds like a dream answer for both sides of the climate change argument — it cuts emissions and doesn't render coal obsolete — there is one big, big problem with it...

It's way too expensive.

Think about it: The technology was given nearly 12 years and over $1 billion in funding but was still never even tested because it was too expensive to build.

On the other hand, there's another hidden reason the DOE pulled funding.

Ever since hydraulic fracturing exploded onto the scene, natural gas prices in the United States have been at record lows, as the new drilling technology has helped grow reserves tremendously... 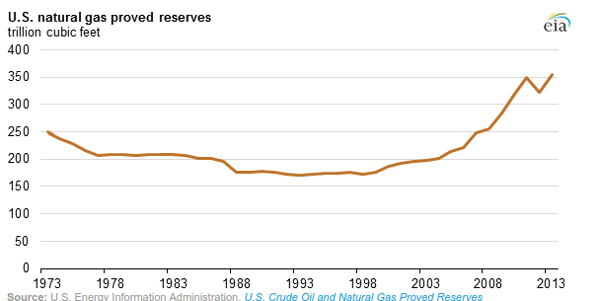 Because of this, the government has been incentivizing the use of natural gas in manufacturing, chemicals, and power production and is even allowing the export of it abroad — which will start this coming winter.

However, as our demand for natural gas increases and demand for coal power decreases, there will be a big push to replace coal-fired power plants with natural gas-fired plants.

That's why the EPA announced rules on carbon emissions last summer... It knows natural gas is the fuel of choice to appease both environmentalists and pro-business lobbyists.

Now, don't get me wrong; it would be great if coal could still be the main source of power for the U.S. But you and I have no say in how Washington regulates the grid. Instead, we should take note and make the new rules work to our benefit.

As investors, it's important for us to know not what's popular now but what will be popular soon and, hopefully, for years to come.

While CCS technology might make headlines these days, it's nothing compared to the latest, proven, and working technology I stumbled upon a few months ago. In short, it has the potential to add 127 billion cubic feet of marketable gas to our inventories each year.

I suggest you take a look at my most recent presentation and see how it can work to your benefit before other investors catch on.