Father of Lithium Batteries Signals the End of Li-ion

Today’s battery designs, for all their advancements and abilities, may finally have hit a wall.

The biggest piece of evidence: Samsung and Apple’s recent string of battery explosions. Both incidents have been blamed on faulty battery installation, but the real problem may prove to be much bigger than that…

You see, today’s rechargeable batteries have been vastly improved over the past decade. Still, they have some major drawbacks, including their inability to function in extreme cold, deterioration of capacity over time, and, yes, explosions.

The incidents mentioned above have quickly become to lithium what Fukushima is to nuclear: a sign that it’s time to find an alternative.

Nearly 40 years after designing the cobalt-oxide cathode that acts as the backbone of the best rechargeable batteries we have today, John Goodenough has returned with yet another battery breakthrough. 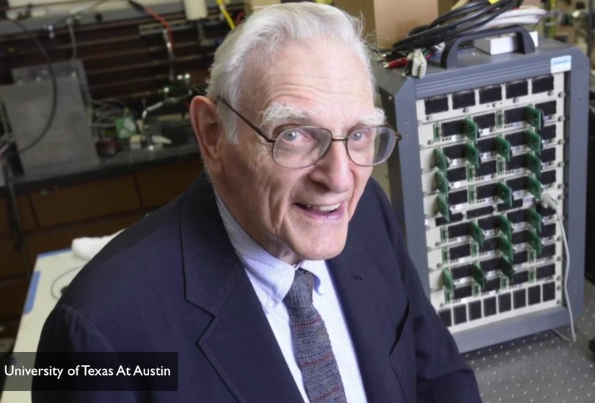 The mistake in today’s batteries, he says, is that the electrolyte placed between the cathode and anode is often liquid or gel.

This helps the electrodes move quickly for fast charge and discharge, but also allows for the creation of lithium dendrites, or solidified metal strands that can cause dangerous short circuits within the battery.

Goodenough’s solution appears to be pretty simple: make the electrolyte a solid pane of glass.

Glass has its own unique conductive properties, which make it a viable battery component. More importantly, as a solid mass, it would not leave room for the creation of dendrites.

Goodenough claims this new design could hold as much as three times the energy, function better at extreme temperatures, and prevent explosive reactions.

The biggest change, however, isn’t the solid-state electrolyte, from which this new design gets its name…

These new batteries do not use lithium.

Instead, Goodenough’s designs call for the use of sodium, which he says will increase functionality at a fraction of the price.

Luckily — or unluckily, depending upon your investment stance — Goodenough’s new batteries are still being developed. It is unlikely we’ll see a commercialized version within the decade, and even then it may be a stretch.

While the research continues, li-ion batteries will still dominate the energy storage space.