It's time to make the switch

I’m sure you know by now that the Clean Power Plan sets regulations for the U.S. to cut carbon emissions. The question now is how to do that. The states will each have control over how to meet their individual goals, but it will be harder for some than for others.

Some states, like California, are already on the way to clean energy with renewables. Others, however, rely heavily on coal power, the biggest source of carbon emissions in energy production.

Harvard Business School Professor Joe Lassiter believes he has the answer to this problem: nuclear power in place of all that coal. 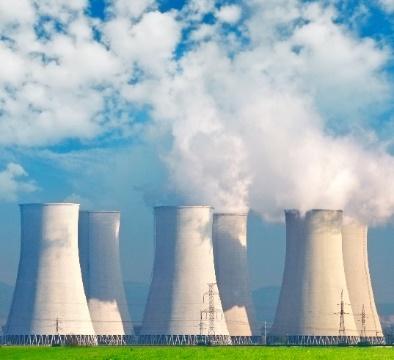 Lassiter takes a global perspective to show how important nuclear power will be in the future. The first thing he claims is that while rich countries can do what they want to do with their energy portfolios, poor countries do what they must.

This is because of the cost: coal is simply cheaper than many other energy sources. He claims, however, that if one were able to burn uranium and thorium, materials used in nuclear power production, at prices in line with coal, it could produce current U.S.-levels of electricity to everyone on Earth for one thousand years.

This is a high claim, but the point is that making nuclear power cost-efficient would be beneficial not only to the U.S. in its attempts to produce cleaner energy, but to the parts of the world that are trying to do the same.

Venture capitalist Ray Rothrock asserts that nuclear technology is “ripe for disruption.” Much like the growing lithium-battery market, which will go hand-in-hand with clean energy production, nuclear technology needs to be upgraded to meet the needs of a world without coal.

China especially will need these improvements as it tries to cut its own carbon emissions in coming years.

The Clean Power Plan’s regulations are a clear push away from coal power. And nuclear, along with natural gas and renewable sources, will be ramping up and picking up the slack.