Will Elon Musk’s “Self-Driving” Software Make Your Tesla a Death-Mobile?

The system is touted as Tesla's most advanced ever, and promises to expand its Autopilot’s capabilities to work on city streets and offer the ability to navigate the vehicle turn by turn, from departure point to destination.

But as an expert in self-driving technology, having covered the space for years now, I’m calling BS on Musk and Tesla.

For starters, we already know there are shortcomings with the current versions of Tesla’s Autopilot system. A Time magazine report from June noted that the company recalled over 285,000 vehicles sold in China “to address risks associated with its autopilot” system after concerns were raised by state regulators.

Most recently, there was a highly reported incident near Lansing, Michigan, where a Tesla Model Y rear-ended a police car stopped on a highway while the Tesla’s Autopilot was engaged. I also just learned about another lawsuit filed by five Houston police officers who were badly injured after getting struck by a Tesla Model X with its Autopilot engaged.

Yet Musk is a staunch defender of his Autopilot system, claiming that data from the crashes in question show potential driver errors as the ultimate cause of the accidents.

Clearly, the “Tesla Autopilot problem” is a big thorn in Musk’s side. But is his coveted Autopilot system really to blame?

First a Little Background on Autonomous Cars and Trucks

The levels of autonomous driving are broken into five classes. The simple explanation of each is as follows:

What all this means is Tesla’s Autopilot system is actually somewhere between Level 2 and Level 3 autonomy.

Therein lies the problem for Tesla’s misleading self-driving claims. But there’s more to it than just Musk’s hubris.

I’ve studied and researched autonomous technology for years and without a doubt, Musk’s claims about Tesla’s Autopilot are highly misleading. This in turn could make a driver overconfident in the technology, leaving them to make irresponsible decisions at highway speeds.

In short, there’s blame to be had on both sides of the Tesla Autopilot safety argument. On the one hand, we’re learning Tesla’s Autopilot has trouble identifying pedestrians and emergency vehicles or personnel in roadways.

But we also know, thanks to research conducted at MIT, that drivers become overly inattentive when automated driving systems are engaged. Drivers should know better. And if you dig further into these cases, the public records show that human error is often a major factor in these events; autopilot users are often using the technology irresponsibly.

That said, based on my own research and years of speaking to driverless car experts, I believe Musk exercises unchecked hyperbole with his Autopilot claims, and often.

The real truth is Tesla’s Autopilot is a great feature that pushes autonomous driving into the mainstream. But at its current functionality, it’s more or less hyper-advanced cruise control.

Which leaves me skeptical about the claims Musk is making about the new self-driving software Tesla released last weekend.

Sure, when used correctly, I have no doubt it’s safer than the average distracted human driver, as National Highway Traffic Safety data clearly suggests. But for Musk to claim this system is on the verge of Level 4 or 5 autonomy is simply false based on scientific facts.

What Will Make Self-Driving Cars Safer?

Tesla’s Autopilot system is built on a deep neural network and uses cameras and ultrasonic sensors to see and sense the environment, such as road markings and cars, around it. It’s certainly unique and innovative, but this design may not prove to be the best, especially for achieving Level 4 or 5 autonomy.

In contrast to Tesla’s system, many other automakers opt for a wider range of sensors to collect real-time data. This includes traditional radar and newly developed LiDAR — a detection system that works on the principles of radar but uses light from a laser.

Cadillac’s Super Cruise system, for example, uses a combination of lasers, radar, and cameras to make highway driving “essentially hands-free.” Daimler and Bosch are working together to build fleets of Mercedes S-Class sedans for ride-hailing in urban environments that use LiDAR, radar, and cameras to navigate.

Volvo, the car brand known as the safest around, has also opted to use a combination of LiDAR, radar, and cameras as the basis for its autonomous driving systems. In the U.S., GM is working with Intel subsidiary Mobileye to develop its own proprietary LiDAR-based autonomous driving system. Toyota, the world’s largest automaker, is another company developing its autonomous systems with LiDAR, radar, and other sensing equipment.

Clearly, many smart people see LiDAR as a huge component in the next stages of the autonomous revolution.

LiDAR stands for light detection and ranging. The system uses pulsed laser waves to map its surrounding area. As the lasers “bounce” off objects, the LiDAR’s scanner creates a signature (an image) of what the lasers hit, with a GPS location tied to the hits, and the onboard computer processes this data so an autonomous vehicle can “see.” 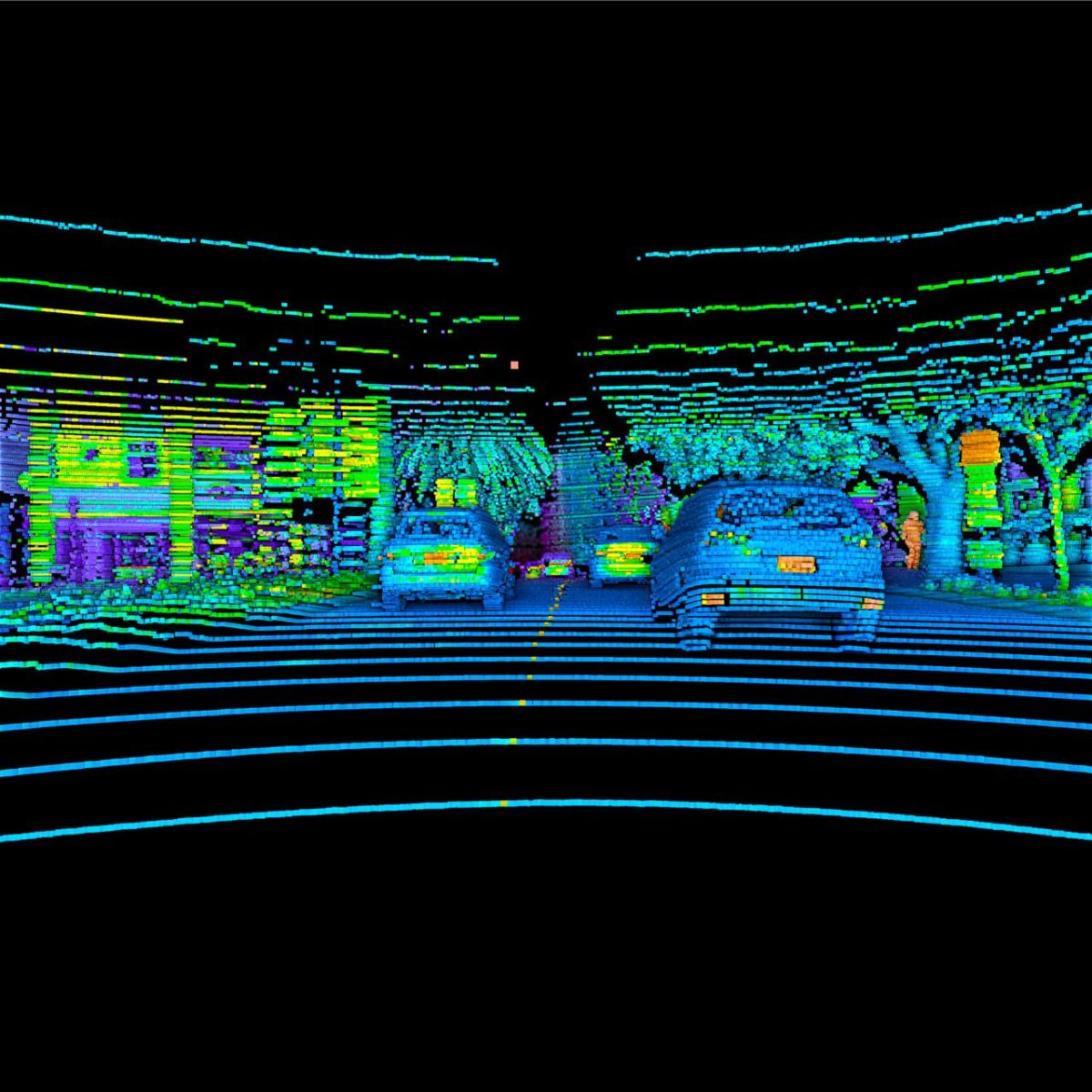 LiDAR’s advantages include its ability to “see” objects that are much farther away than a camera can accurately pick up. In fact, one LiDAR company recently announced its new 4D LiDAR can pick up objects up to 500 meters away!

LiDAR is also a world-class 3D mapping system, which is a feature that will be vital for developing Level 4 and 5 autonomous vehicles. Additionally, experts note that from an operational viewpoint, LiDAR has the ability to become much more cost-effective as more advanced sensors are developed. This is key because currently, the big hurdle for mass LiDAR adoption is the high cost to install these systems.

LiDAR is expensive. That said, I have no doubt people will pay up for a true autonomous driving experience.

A press release from market analyst firm Insight Partners notes the automotive LiDAR market size was valued at $521.4 million in 2019 and is projected to grow to $4.3 billion by 2027 at a CAGR of 30.4% during that time frame.

Supporting this growth is an ever-growing demand for autonomous vehicles in general.

A report from Grand View Research notes that global autonomous vehicle market demand is anticipated to expand at a CAGR of 63.1% from 2020 to 2030. North America is expected to be a key market for this growth. 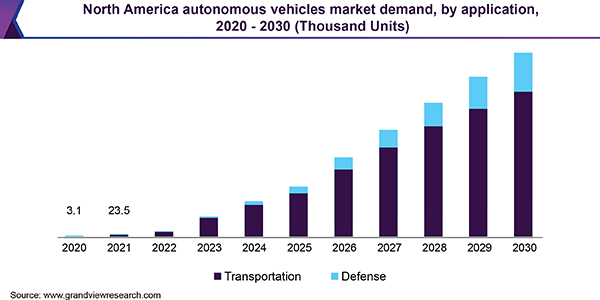 Simply put, much like semiconductors are essential components to the modern automobile, so too will be advanced sensor equipment like LiDAR — and that puts an enticing investment opportunity in front of us right now! Click here to learn more.