Why Invest in 5G Now?

The next generation of wireless technology will increase mobile connectivity speeds by blah, blah, blah...

And it will completely revolutionize this and that...

I'm sure you've already heard all the hype about 5G.

And I'm sure you've been hearing about it for years now. A Google News search reveals 5G mobile technology being discussed as far back as 2012.

The story is old. But now is the time to invest. And that's simply because the rollout of 5G is happening now.

5G networks are already up and running in certain locations. Mobile phone makers are already selling, or heavily marketing, 5G devices. By this time next year, it's expected that more than half of the U.S. will have access to 5G networks. And by 2024, it's forecast to cover more than 40% of the world's population.

Point is, 5G was once only a promise of technology. But now we're right on the verge of receiving it.

Just consider, there were a lot of other technologies you heard about well before the actual rollout.

Think of electric vehicles: In the 2000s, there was a lot of hype building around electric vehicles, especially with the formation of Tesla in 2003 and the company going public in 2010. But at the time, that's all it was: hype. 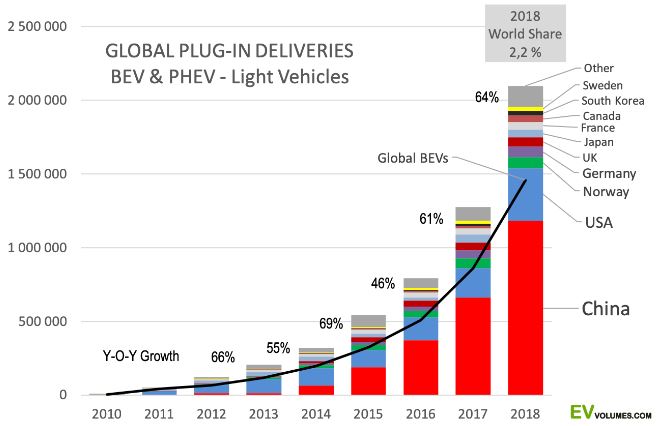 Of course, the electric vehicle revolution will still need much more time to build upon older technology, as will 5G.

The next generation of mobile isn't expected to replace older technology overnight. Nor is it really expected to “replace” 4G at all, as CNET pointed out in an article this week. 5G builds upon existing mobile communication architecture.

You probably won't absolutely need to upgrade to 5G yourself anytime immediately. 4G services will remain available for years to come. But it's most likely that if you buy a brand-new model phone in 2020, it will be 5G-enabled.

Sooner or later, you basically won't have the option to switch. Just consider, you really don't have an option to just use 3G architecture.

For now, however, you personally won't absolutely need to upgrade.

But as we've been repeating here in Energy and Capital, 5G is way bigger than just faster and better smartphones. 5G is really set to disrupt almost every industry on the planet. And companies all over the world are going to be almost forced to keep up with technological trends.

The biggest impact of 5G connectivity won’t only affect the realm of smartphones. The Internet of Things (IoT) and Machine-to-Machine (M2M) infrastructure, for instance, have long been held back by the limited latency and download speeds of 4G. The more devices that are connected to a network and talking to each other, the bigger — and more noticeable — the cumulative impact of any latency will be.

In manufacturing, 5G is already being implemented and experimented with in efforts to improve efficiency, prevent maintenance, and generally lower costs associated with the manufacturing process.

In energy, 5G will be implemented to create smart cities that will save energy, reduce pollution, and allow utilities far greater control over supply loads, among many other things.

5G is the next standard of mobile communications. It's not a fad, fashion, or passing trend. It's something you don't need in the short term. But it's not something you're really even going to be able to avoid.

That's why guys like Chris DeHaemer have been sounding off on the investment opportunities. Trillions of dollars are headed toward 5G. A report published in February by financial services firm Greensill Capital estimated $2.7 trillion will be spent on the rollout of 5G technology by 2020. $1 trillion of that is needed just for infrastructure upgrades.

DeHaemer says, “5G is as close to a guaranteed winner as you can get. Every major company in the world is going to be pumping money into new 5G networks.”

DeHaemer has found a group of companies that control a major share of the infrastructure space that 5G networks are going to need. He says these companies control some 80% of the space major cell carriers like AT&T, Verizon, Sprint, T-Mobile, and others are clamoring to get their hands on.

DeHaemer says, “It's like they have a monopoly on the hottest real estate of the 5G future.”

He's found the one subsector that's virtually a guaranteed winner amid the larger guaranteed winner that is 5G. DeHaemer's 5G subsector and the companies he says have a stranglehold on the entire 5G market are laid out in a recent report published here.

If you're wise, this is something you're going to want to check out. Remember, 5G is much bigger than just fast movie downloads. It's the new standard.