Why the EU is Ditching Russian Natural Gas

We've spoken numerous times before about the near-monopoly Russia has on much of Europe's natural gas supply.

Not only does the country have one of the most affordable supplies simply due to ease of transportation via pipelines, but it knows it and has used the fact to its advantage before.

This has cause much of the European Union to seek a more diversified supply.

About a year ago, Lithuania brought its Klaipeda LNG terminal online, which gave the EU some leverage over Russia. The group was able to negotiate lower prices, which are inflated for Russia's own profit to begin with.

But now there's a chance for even more diversification: the U.S. is about to start exporting LNG starting January 2016.

Already Cheniere, operator of the first approved LNG export terminal in the U.S., has contracts with France for long-term supplies starting in 2018.

The EU, believing it can reap even more benefits from this “diversification potential,” will be negotiating with the U.S. now for a trade treaty that will open the door for more transactions in the future.

The U.S. will likely gain more customers for its glut of shale natural gas, and the EU will gain a more defensive position from the Russian natural gas monopoly.

And that's not the group's only shot at Russia, either. 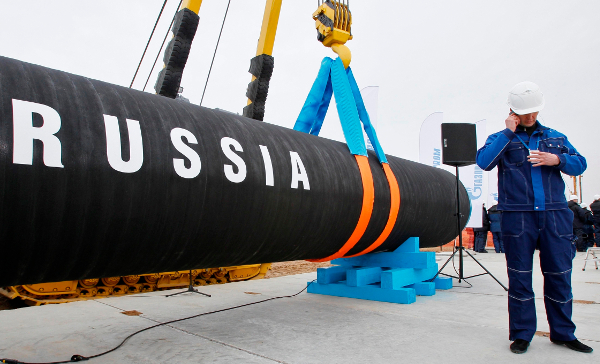 You see, Russia has been pushing for a new pipeline called the Nord Stream II. The plan for the new pipe is to run it under the Baltic Sea straight to Germany in order to bypass the usual transportation route through Ukraine.

This was an issue months ago, with both Russia and Ukraine arguing land ownership, and thus ownership of a section of Gazprom pipeline.

In another move designed to knock the monopoly down a peg, the EU has declared that it will deny approval for the new pipe, citing the abundant pipeline capacity already in place.

Under the EU's Projects of Common Interest system, the group says the new Nord Stream II will get no preferential treatment as it is not in the best interests of the EU energy market.

LNG is quickly becoming an important marker of energy independence. And it seems some countries are set to benefit greatly from it, while others will see some losses in coming years.