Three years ago, a small, little-talked-about report was released by the Department of the Interior.

It was written by a bureau of the department known as the U.S. Geological Survey.

The goal of the report was simple: identify information on events, trends, and issues for each mineral commodity. After all, the non-fuel minerals they researched were vital to the U.S. economy.

The value added to our GDP by the industries consuming them was close to $3 trillion.

Their findings were both profound and devastating.

Now, President Trump has a chance to right that ship.

And it’s providing us with a chance to tack a few extra zeros onto the end of our profits.

In that USGS report, researchers found that the United States heavily relied on foreign countries for a host of strategic minerals.

Well, let me show you.

Here’s the list, taken straight out of that 2017 report: 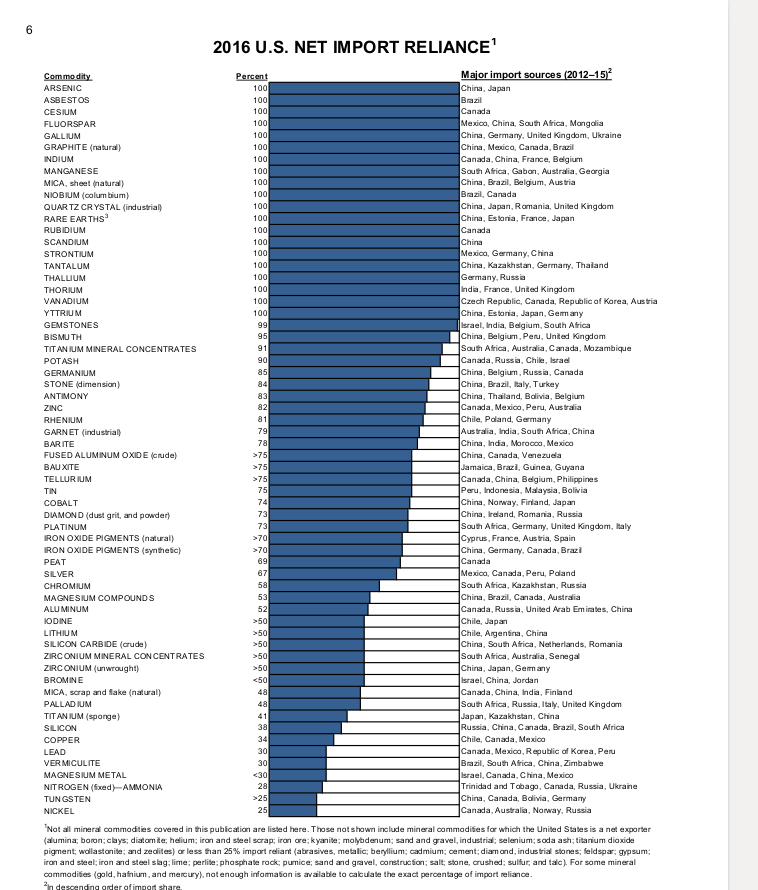 In fact, we rely on foreign imports for approximately 70% of 40 strategic minerals.

And as you can probably guess, many of those involve rare earth and battery metals.

Take another look at that list, and you can see that we’re dependent on China for most of them: 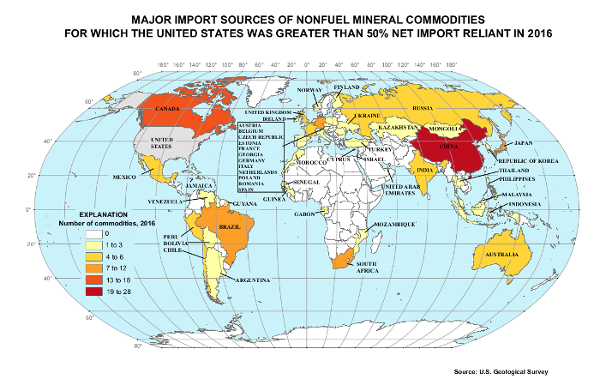 For one of those strategic minerals, the situation is even more dire.

Hailed as a “miracle metal” by auto and tech giants alike, it’s one of the most contested metals on the planet right now.

It’s so important that it’s led Congress to introduce H.R. 520.

Under this bill, projects that would develop our supply of these strategic minerals would be fast-tracked.

There’s one major issue: Nobody is mining it right now in the U.S.

But that’s about to change...

Invest Ahead of the Bloody Curve

The cold, hard truth is that blood has been spilling openly in streets for this “miracle metal” lately.

And, we don’t need the ghost of Baron Rothschild to know our next move.

Put all of the pieces together, and you can see the win-win situation lining up right now for investors.

Every projection out there has demand going through the roof over the next decade.

Not only is demand projected to double over the next five years thanks to the rapid transition toward electric vehicles that the world’s largest automakers are trying to make, but it’s a vital component for the biggest tech companies on the planet.

This “miracle metal” is everywhere.

If you’re reading this on your phone, you’re holding a bit of it right now.

Of course, the investment herd is conveniently forgetting that without it, every one of those companies — from Tesla to Apple — would be bankrupt.

Yes, it’s THAT important to them.

Getting it, however, isn’t so simple.

That’s why Elon Musk recently got a jump on his competition and is trying to secure his very own personal supply of it as you read this.

He knows that not a single Model 3 will roll off the assembly line without it.

What makes this situation even more dire is that there hasn't been a single primary mine inside the United States that extracts this “miracle metal”...

Tomorrow morning, I’m going to show you the one stock that’s about to break this door wide open for investors.