The Tesla of Biotech Stocks

The super-rich super genius responsible for mainstreaming electric cars and sending reusable rockets into space has been getting a lot of flack lately.

And not from the folks who’ve been shitting all over him and his electric car company before it even went public.

Most of those folks just hated on Musk because the thought of an environmentally-friendlier vehicle that didn’t rely on oil was somehow equated with being a socialist treehugger determined to send us into some kind of communist vortex of bread lines and gulags.

Although there is some truth to what I say.

And the legacy carmakers and Big Oil machine certainly stoked the coals of hostility toward electric cars because, well, the acceptance of such things would not be good for business.

But today, most of those folks have relented.

The major car companies are now making their own electric cars.

The major oil companies have other things to worry about these days. And at this point, there’s no stopping the transition to electric vehicles anyway.

And the hard-line, ultra-stubborn shorts? Well, they still like to take to Twitter to attack Tesla, but they’ve lost so much money betting against Musk at this point, their numbers are rapidly dwindling.

So who’s hating on Musk these days?

Mostly the people who once built altars to him.

This Is a Much Bigger Deal Than Tesla

Elon Musk has been on quite a roll lately.

And many of those on the left who once idolized him are now having second thoughts after the CEO criticized pronoun labels, questioned the severity of COVID, and most recently suggested that another government stimulus package would be a bad idea.

A lot of folks melted down after seeing that one.

Especially considering that Tesla got its own form of a “stimulus package” many years ago in the form of a taxpayer-backed loan.

That loan helped Tesla get to where it is today.

And while the company paid back that loan — early, and with interest — it was still made possible by taxpayers. Taxpayers, by the way, who would’ve been on the hook had he defaulted.

Of course, Big Oil and the legacy automobile industry have long enjoyed generous taxpayer-backed loans and subsidies too. So it’s not as if Tesla was given special treatment in the world of crony capitalism.

Truth is, Tesla is one of the most successful automakers on the planet. And investors who got in early have certainly cleaned up too.

Take a look at this chart .. 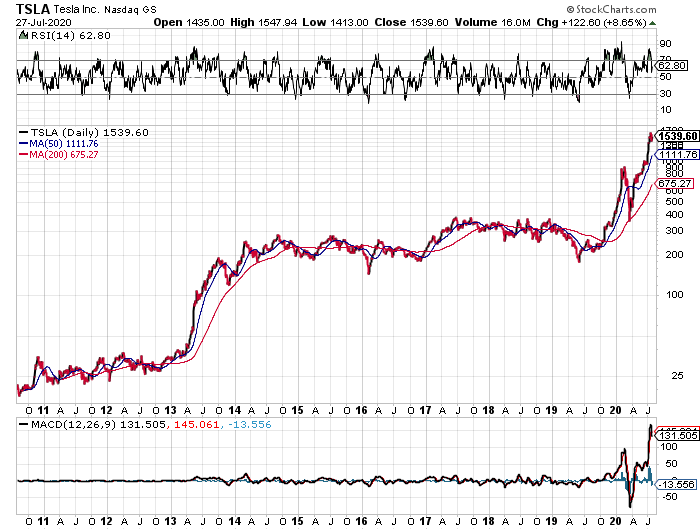 I actually remember telling folks to buy Tesla right before it went public.

Oh, the hate mail I got from that one!

Of course, this was back when mass-produced electric cars were still little more than an idea.

But if you find the right idea and the right management team to turn that idea into reality, you can make a lot of money.

And really, isn’t that why we invest?

I always thought it was odd that so many folks were opposed to buying Tesla stock when it first went public because they thought the idea of electric cars was absurd.

But is it really so absurd to believe that given today’s modern technology, the transition away from internal combustion is inevitable?

I don’t think so.

The internal combustion engine is an outdated technology that will eventually go the way of the horse and buggy.

I don’t say this to be critical of the internal combustion engine, by the way.

It’s that engine that helped bring us out of the dark ages.

Many of the modern conveniences we enjoy today are only possible because of internal combustion. But that doesn’t change the fact that all technology changes and evolves.

Today, we don’t use carrier pigeons. We use cellphones.

We no longer have to buy giant chunks of ice to keep our food cold in an icebox. We have modern refrigeration.

And when we get sick, our doctors don’t perform blood-letting sessions. They prescribe pharmaceuticals.

And while change can be hard for some folks to accept, it shouldn’t be hard to profit from.

Even if you’re not happy about change, wouldn’t you still be happy to profit from it?

This has long been a major part of my investment strategy: investing in industries and companies that are changing the world by taking us out of the past and fast-forwarding us into the future.

I did this with renewable energy back in 2006 and 2007 — and helped investors make millions.

I did this with the legal cannabis industry, getting in early on some of today’s biggest cannabis players and riding them to the top. Those plays actually delivered some of my biggest gains to date, including:

I started investing in the psychedelics space about two years ago, and that’s already starting to pay off too.

One of my early picks that’s now producing psychedelic mushrooms in Mexico has already delivered a gain in excess of 221%. And here are a few more psychedelics companies I’m bullish on.

I’m also investing in some of the most groundbreaking biotechs that are creating new medications and therapies that could actually eliminate age-related chronic diseases while extending our life spans by as much as 40 years.

I know this may sound like science fiction, but so did Tesla when I first told investors to buy it.

I can't tell you how many times I heard folks refer to Teslas as glorified electric golf carts.

They said the idea was absurd and Tesla would never make it.

Now, they're all over the nation's highways, racking up all kinds of automotive and safety awards every year.

And this ain't no golf cart! 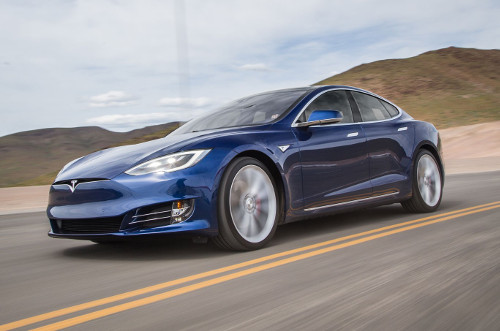 So when I tell you there’s a company you can invest in right now that’s actively testing these new life-extension drugs with the FDA, don’t think it’s so far-fetched.

And full disclosure — I've got some skin in this game too.

Because if this thing hits the way I’m expecting it to hit, those Tesla gains will look like peanuts.

And if you don’t believe me, just look at it for yourself.