The Tech That Will Create OR Destroy $8 Trillion Overnight

As of right now, it’s impossible to tell for sure which way the pendulum will swing.

Regardless of whether it’s coming or going, that $8 trillion is YOUR money. It rightfully belongs to every employee in America. 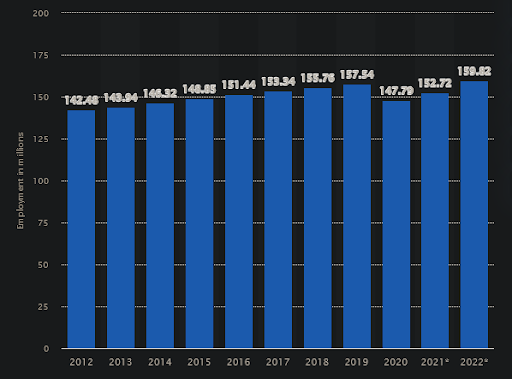 Right now, the total United States’ labor force is approximately 160 million strong. Since the average annual wage is currently around $56,000, that roughly translates to $8 trillion in total labor value.

This is just a rough estimate, but the point still stands. The combined labor of the average American citizen is worth a significant portion of the country’s total wealth.

And that number will only increase down the road.

So if that’s the case, why exactly are we allowing giant corporations to rob American citizens of their economic future?

It’s happening all over the planet.

In the next 10 years, your labor could be worthless.

It’s undoubtedly the greatest revolution that the labor force has ever seen in modern times and, as I mentioned before, it has the potential to create just as much wealth as it threatens to destroy.

Whether it bankrupts the planet or ushers in a golden age is entirely up to us. If you want to claim what is rightfully yours, get ready for a long political battle ahead.

For the folks less than fluent in binary, the above numbers simply translate to “Hi.” You might need to brush up on that in the very near future.

Kidding aside, it should be pretty obvious what type of technology is threatening our jobs.

The newest generation of robots, combined with cutting-edge artificial intelligence (AI), is starting to catch up to humans at an anxiety-inducing rate. More and more complex tasks are falling prey to automation.

From one perspective, that’s a truly incredible accomplishment. With a fully automated workforce, humans would be free to focus on art, leisure, and fulfilling social connections.

Not having to rely on human labor would fundamentally restructure the economy. However, one powerful faction of society is not even remotely interested in creating the working man’s utopia.

No, unsurprisingly, the richest members of society are far more interested in using robot labor to cut costs — without passing the benefits along to the rest of us.

It sounds like a gritty sci-fi story from a dystopian future, but it’s already happening.

Don’t get me wrong, there are still a huge amount of human-only tasks that robots aren't even remotely capable of doing. But that list is growing shorter every day.

For example, Boston Dynamics, the longtime media favorite of the robotics world, just made one of its most important deals ever. 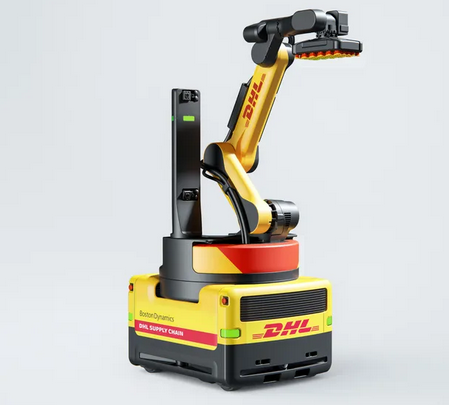 It’s not going to replace all of DHL's enormous 400,000-person workforce, but it’s a concerningly aggressive start.

Or take Las Vegas. The city’s hospitality industry employs close to 300,000 people in one of the biggest entertainment districts in the world.

And according to experts, almost 50% of them are at serious risk of losing their jobs.

The same study concludes that gaming dealers are facing a near-100% chance of becoming robot-only in the next decade or less. And it won't stop at just Las Vegas. The entire profession could disappear practically overnight. 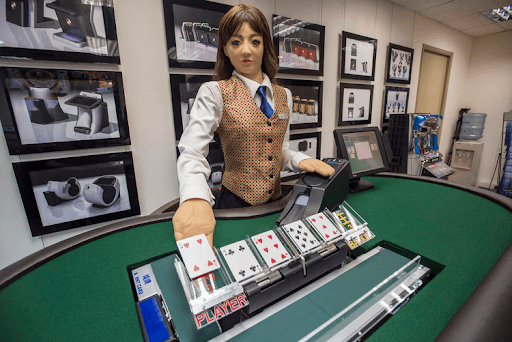 The bottom line here is that with the inevitable influx of robotic workers, the displaced humans are obviously going to face an unemployment crisis.

Without a comprehensive economic plan, too much automation could crash the economy entirely. If all the workers are fired, nobody will be able to afford all those new robotically crafted products.

Preliminary versions of robot labor laws are already being drafted to help protect humanity from automating itself to death.

But during the early transition phase, I wouldn't be surprised if this erupted into a class war between the working class and the 1%.

On a More Positive Note…

Despite the doom and gloom, I promise that the potential benefits of an automated workforce outweigh the negatives. For one thing, the concept of robots “stealing all the jobs” is outdated and misleading.

In many circumstances, more robots actually means less unemployment — but only if they are implemented correctly.

You can't simply slap a robot in where a human used to be. It takes significant time and planning to create an environment that will maximize the benefits of that shiny new toy.

In my humble opinion, the best way to ensure that the future of robotics is in competent hands is to vote with your wallet. Investing in companies with a vision of the future that extends past the next quarter’s financials is critical.

In a market this diverse, there’s no single stock that covers all the bases. Luckily for our readers, we’ve narrowed down THREE of them.

These companies all occupy different corners of the robotics market, and all of them have a vision of the future that includes all of us — not just Wall Street and the tech billionaires.

All the information you need is laid out for you right here, and as a premium member of Energy and Capital, you can access this investment presentation absolutely free.