The Only Must-Own Stocks in President Biden’s America

Have you ever heard of California’s first millionaire?

I’d say there’s a good chance you’ve never even heard his name before today, yet what we can learn from Samuel Brannan can give individual investors like us an advantage during Biden’s administration.

Samuel Brannan settled in California in the mid-19th century. Not only did he establish the first newspaper in San Francisco, but he helped launch the first public school in the state as well.

Call him a philanthropist, a community leader, whatever… but he also happened to be one hell of an opportunist.

You see, Brannan decided to open a quaint little store at Sutter’s Fort in 1847. You can even see what it looked like for yourself below: 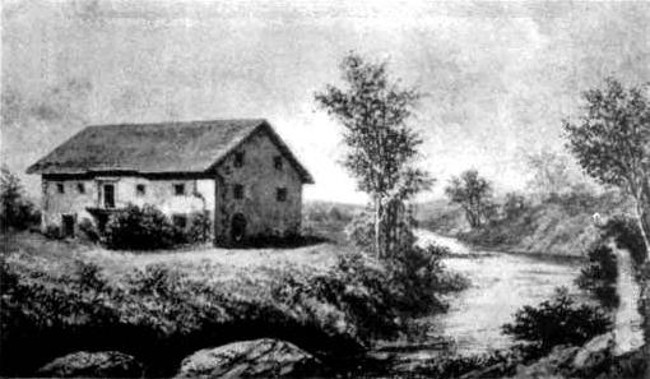 He also happened to have bought every pick, shovel, and pan he could get his hands on.

You know just as well as I do what happened next.

Within a year of opening his store, gold was discovered at Sutter’s Mill, and it wasn’t long before hundreds of thousands of gold bugs flooded into the territory.

The California Gold Rush was on, and Samuel Brannan sold his inventory at an astounding markup.

He even boasted that he had the only store between San Francisco and the gold.

It wasn’t luck that he became California’s first millionaire.

And THAT, dear reader, is the kind of opportunity we’re staring at right now as Joe Biden rents a U-Haul and heads toward Pennsylvania Avenue.

Let me show you why…

Look, our conversation would have taken a much different turn had the election swung in Trump’s favor.

But the bitter truth here is that it doesn’t matter who you voted for.

We can always play with whatever hand we’re dealt.

Fortunately for us, Biden left us a road map to profit in the energy sector.

Don’t believe me that it’s going to be that easy?

The proof is right at the top of his energy plan on his campaign website:

Joe Biden knows there is no greater challenge facing our country and our world. That’s why he is outlining a bold plan — a Clean Energy Revolution — to address this grave threat and lead the world in addressing the climate emergency.

At least there’s no ambiguity as to the transition that’s going to happen.

Yet even a watered-down version of the controversial Green New Deal that left oil execs quivering still provides us with a solid framework to transition away from fossil fuels.

In fact, my veteran readers know exactly where we’re headed, and we’ve been positioning ourselves for years to take advantage of it.

For starters, the EV revolution is about to hit full speed.

Today, there are well over 100 electric vehicle models being developed.

The world’s largest auto companies are pouring more than $300 billion into their EV lines over the next few years.

This market is more than just Tesla, but to understand where the true wealth will be made, we’re taking a page from Samuel Brannan’s playbook.

Over the next decade, the massive push toward EVs will be impossible without setting up the necessary infrastructure.

Earlier this year, China pledged more than $1.4 billion to expand its charging networks by 50%.

Under Biden’s plan, the government will pump up to $1.7 trillion over the next 10 years to ensure our transition toward cleaner energy.

That’s a pretty big pie to spread around.

And here’s the catch…

This is just ONE of the ways investors will thrive during a Biden presidency.

Over the next few weeks, we’ll take a look at several other hidden gems whose success will be closely tied to Biden’s path forward.

However, I would be remiss if I didn’t show you how some traders are taking advantage of clean energy’s momentum over the next four years.

My colleague Jeff Siegel has been immersed in clean energy markets since the beginning and, like Brannan, it’s no secret as to why they’re making money hand over fist right now.

What Jeff uncovered in the clean energy world will shock you.