The Most Viral Tech Since Tesla’s Cybertruck

Back in 2019, Hyundai unveiled the most ambitious concept vehicle I’ve ever seen. Behold the Hyundai Elevate, the world’s first four-legged driving machine. 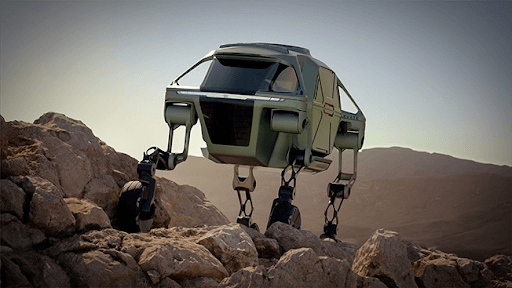 Like most early-concept cars, it was a fun talking point at CES 2019, but the odds of it entering production were slim to none. I doubt anyone expected to drive this thing anytime soon.

After a few months, the project faded from the public’s short memory.

Hyundai didn't provide a definite answer until this year, when it dropped a bombshell.

As it turns out, the Elevate is actually happening.

Back in May, the Korean auto giant announced construction of a 15,000-square-foot facility in Bozeman, Montana, to serve as the incubator for the most viral vehicle in history.

Very few concepts actually become vehicles, let alone half-robot all-terrain super vehicles like this. But the $20 million currently earmarked for this facility says Hyundai is dead serious about bringing the project to life.

It might seem like just another fancy invention, but this is a huge milestone for both the automotive and robotics industries.

Usually the timeline for a feat of engineering like this is measured in decades, but the robotics industry is progressing faster than ever before — we could be stepping across the desert much sooner than expected.

The Era of Robots Is Here — This Time I’m Serious

You’ve probably heard that line before plenty of times.

Whenever reporters cover a so-called “breakthrough” in robotics, they claim the era of human labor is coming to a close. Sit back and let RoboButler3000 fix you a drink. 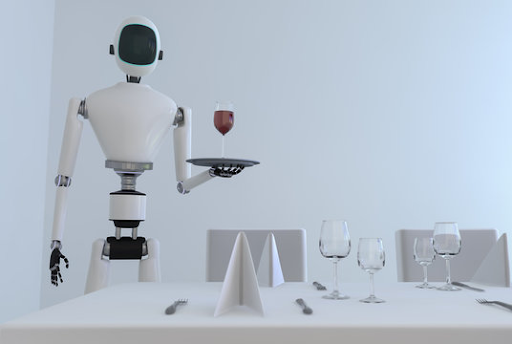 Thankfully for those of us still looking to earn a living, that’s not the case yet. But the paradigm surrounding a robotic economy is changing quickly.

Ten years ago, new robotic technology hardly made it out of laboratory conditions due to hardware limitations. Sure, we had plenty of sensorless arms whipping around factories, but the average robot back then was relatively low-tech.

Back then, innovative ideas tended to make their rounds in the news and then die slow deaths in obscurity. Very few major companies seemed committed enough to sink capital into these next-generation robots.

Let me be clear: We’re living in a completely different era now.

Hyundai has proven it for us with the Elevate. A concept that seemed utterly insane just a few years ago now has a $20 million facility dedicated to it.

Tesla also announced plans for a shockingly human robot prototype within the next year. It’s the closest thing to a robotic servant that the world has ever seen. 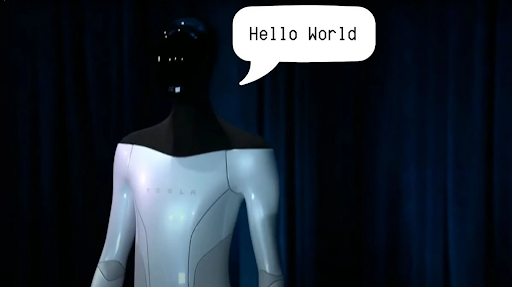 Companies like Boston Dynamics are gradually making robots smarter and smarter. Soon enough, they’ll be capable enough to best humans at any manual task you can dream up.

Right now, humans are much more versatile and dexterous than robots. They’ve mostly mastered navigating the environment and getting from point A to point B, but there’s not much they can do once there.

That makes tasks like harvesting produce, working with delicate electronics, or washing breakable dishes nearly impossible with our current technology.

But engineers are currently getting dangerously close to perfecting all the parts a robot needs to perfectly mimic a human touch.

Once that happens, the world needs to be ready for the consequences. This could be the most jarring transition humanity has experienced since the Industrial Revolution.

Most Importantly, Here’s Why You Should Care

Just like humans are full of different organs working together, a fully-fledged autonomous robot like the kind Tesla is touting will need hundreds of specialty components.

First and foremost, it would need motors for movement and a structure to transfer power. A huge range of sensors would be needed: visual and audio data, GPS, accelerometers for balance, and thousands of pressure sensors to simulate human nerves.

For a brain, an incredibly powerful processor would be necessary. Accurately crunching the endless flood of data from the sensor array would take much more power than your average computer.

It’s a daunting shopping list, but think of it this way: This is the last machine you’ll ever need as a business or a consumer. It would be strong and accurate enough to cook food without crushing it and smart enough to understand commands without any mistakes.

In reality, these aren't just cool toys. They're the solution to all human labor.

Once all the bugs are worked out, robotics and artificial intelligence will be the pinnacle of engineering. It sounds like an exaggeration, but if anything, I’m selling it short.

Tesla, Hyundai, and all the other tech companies with an eye toward the future are already buying up what they need to pull it off. In Hyundai’s case, that means buying up entire robotics companies.

For individual investors like us without $1 billion to burn, there are much more profitable ways to join the ride.

Every component that makes up these robots has to come from somewhere. No one company can specialize in everything.

That simplifies the process considerably. Instead of ponying up the cash for Tesla shares, for example, we follow the money and find Tesla’s suppliers.

In these highly specialized industries, a little digging will reveal which companies are on the shortlist to be the robotics industry’s supplier of choice.

Chrisitan DeHaemer, one of Angel’s most experienced tech veterans, just released a free investment guide that narrows down which companies are most likely to score these big contracts.

This is priceless information, but we’re releasing it at no cost to our readers. Don’t go forward without at least reading which common mistakes to avoid.