The Greenest Energy Market on the Planet

The ultimate investment, because everyone needs it, because our world can’t run without it.

Let’s be real, though: unless you’re paying the bill, how often do you think about energy?

Right now, you’re reading this on a screen lit up by lights, powered by a microchip, and transmitted to you from a massive data center, all of which need varying amounts of electricity to produce every single pixel on the screen before you.

But most don’t care about that as long as the device is running.

And that’s where they’re missing out on the opportunity of a lifetime.

You see, as an essential background player in every single industry out there, energy is actually the biggest niche market in existence.

Heat of the Moment

February of 2015 in the little town of Haarlem in the Netherlands...

In the dead of winter, a light layer of snow covered the streets, cars, homes... only the snow was disappearing suspiciously quickly from the roof of one home in particular.

Tell me you don’t find anything suspicious about this: 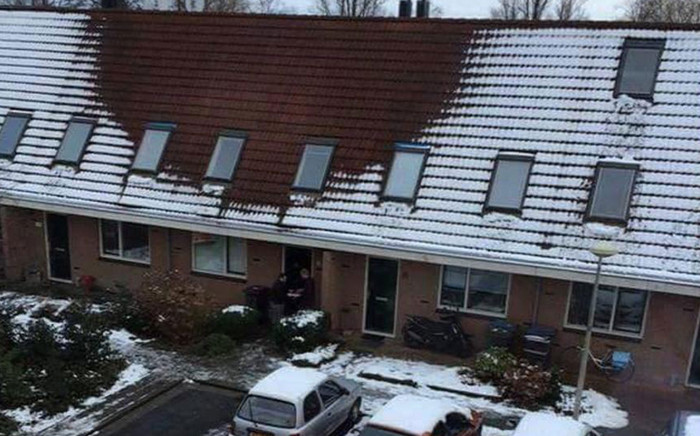 It wasn’t the first such case of mysteriously melting snow that winter, either.

Well, it turns out in this particular case, the resident of this home also happened to be running a massive marijuana operation.

The heat lamps they needed to grow their cannabis crop had given them away...

You see, marijuana plants are finicky. They take specific care and attention to grow to their full potential.

And make no mistake — these operations can suck up A LOT of your energy.

After years of trial and error, growers have discovered that LEDs and energy-saving light bulbs just won’t cut it for these plants.

If they’re inside, they need old-fashioned incandescent bulbs burning white-hot.

And not just one or two of them, either.

The Netherlands operation had enough bulbs running to melt a whole roof’s worth of snow in the middle of winter.

Now think... this was just a home operation!

Can you imagine how many of these energy-intensive lights it takes to keep a whole warehouse growing?

Those light bulbs consume as much as 80% more energy than newer, energy-efficient bulbs, and that’s only the half of the problem.

Remember how many bulbs you used to buy just to replace the ones that were constantly dying out?

These traditional incandescents last just a fraction of the time today’s newer fluorescent and LED lights do, putting an even bigger charge on marijuana growers.

Given the high cost, you may be wondering...

Right now, only 26 U.S. states plus Washington, D.C., have passed laws allowing some form of marijuana use.

Of those, eight now allow both medical and recreational use; the others only allow medical use for now.

Keep that last part in mind: for now.

New legislation is being passed every year that allows not only hospitals to prescribe marijuana as medication but also creative types to make and sell their own edible creations to the masses.

Both cases are making growing operations more lucrative by the day.

And it’s already putting a strain on our energy grid.

Utilities in Colorado, the first state to legalize marijuana, have reported localized power outages as nearby growing operations push energy demand to its limits.

In fact, cannabis operations in the U.S. can consume nearly six times more energy than the entire pharmaceutical industry.

Like I said, the costs for these new grow facilities are absolutely astronomical!

And some of the larger growing facilities can use upwards of $1 million worth of electricity per month!

Soon, it won’t be the only state in this situation.

The U.S. cannabis industry is slated to be worth $24.5 billion by 2025 — and that’s only including states that have legalized it so far!

The energy essential to this market’s monumental growth?

That’s going to be worth even more...

Saudi Arabia Hits Full Panic Mode
Energy and Capital editor Keith Kohl explains to his readers why Saudi Arabia is in full panic mode over an oil boom in the unlikeliest of places.
Most Pot Stocks Are SCAMS
The legal cannabis market is booming, but beware of pot stock scams. Energy and capital editor Jeff Siegel tells you what to look for in a high-quality cannabis stock and how to spot a scam...
A Crude Awakening for Us All
Energy and Capital editor Keith Kohl explains why all of us are taking our rampant oil consumption for granted... and how Mexico is bucking that trend.
The Mecca for Marijuana Investors
Energy and Capital editor Keith Kohl dives into the marijuana market and shows readers where the holy grail of this boom can be found.
Hydrogen Fuel Cells: The Downfall of Tesla?
Lithium has been the front-runner in the battery technology market for years, but that is all coming to an end. Elon Musk is against them, but Jeff Bezos is investing heavily in them. Hydrogen Fuel Cells will turn the battery market upside down and we've discovered the tiny company that is going to make it happen.