President Trump Taps Jerome Powell as Fed Chair: What You Need to Know

Yesterday we caught wind of yet another interesting government pick by President Trump.

It won’t be official until later today, but it looks like Jerome Powell will be named the next chairman of the Federal Reserve (assuming, of course, that he is confirmed by the Senate). 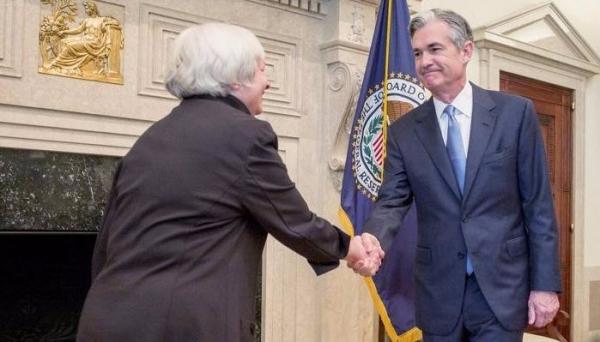 Powell is currently acting as governor of the Fed, working under Janet Yellen.

And before you start cheering at the idea of Yellen being replaced, know this: he’s been on her side the whole time.

So, at least for now, it’s likely Powell will continue the cautious approach Yellen has followed in her last four years.

Then again, maybe not.

If we’ve learned anything from Trump’s previous picks, it’s that he chooses the people he knows will help achieve his goals. One of those goals has been to keep interest rates low, and investment high.

Keeping up the pattern of slow rate hikes would help President Trump’s case, considering U.S. stocks have largely been in bull market territory for the past eight years. But better still would be cutting them even further, something Powell will have the power to do.

This was at the cost of a stronger dollar, and investors hoping for a recovery of the dollar’s value under Powell may be out of luck.

Perhaps of more interest to Trump, however, are Powell’s views on regulatory policies enforced on banks.

Powell told the Wall Street Journal back in October that, “More regulation is not the best answer to every problem.”

Trump’s views on deregulation in the banking system have never been in question.

Less regulation on the securities banks can hold and how much interest they can make on those securities could offer $27 billion in profit back to some of the country’s largest banks according to estimates made earlier this year.

Powell’s background may give a little hint into where he’ll take our monetary policy should he get the position.

Before working at the Federal Reserve, Powell was an investment banker, a Treasury secretary, and Bipartisan Policy Center scholar.

Let’s be honest, were you really surprised that President Trump would choose an investment banker over an economist?

Don’t worry, I wasn’t either.

The Wall Street Journal also pointed out that if appointed, he’ll be the first Fed chair in 30 years without a degree specifically in economics.

Could a new perspective on the country’s financial issues change the pace of our economy?

If you’ve read my colleague Christian DeHaemer’s take on Yellen’s “kill it to save it” strategy, you’ll know we hope so.

We’ve watched every hike so far slow U.S. GDP and push us that much closer to popping the massive credit bubble hanging over the country.

Whether or not Powell will break the chain of Fed heads ignoring such bubbles until it’s entirely too late is something we’ll just have to wait and see for ourselves.