Past, Present, and Tentative Future of Tesla

You probably know Tesla Inc. got its name from a real person, but do you know just how immense of an influence the man was on nearly all of our modern technology?

Mostly, people only drop his name when they’re touching a plasma lamp and waiting for their hair to stand on end. 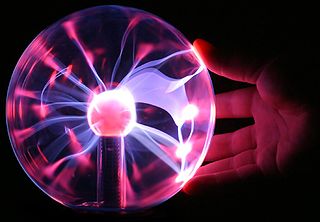 This fun little science experiment was indeed brought to us by none other than Nikola Tesla, who originally designed his “inert gas discharge tube” to study high-voltage electrical reactions in a vacuum, but it's far from his most notable achievement.

You may also know Tesla for his rivalry with Thomas Edison, famous “creator” of the light bulb.

Nikola Tesla was also credited with the theory that electricity could be run through the ground — not with wires, but through the Earth itself. (He also had a pretty impressive mustache.)

He was considered crazy in his time, but his experiments with electricity helped facilitate much of the technology we use today.

Which technology, you may ask?

Some of the things we’re using now that operate on Tesla’s innovations include:

As you can probably guess from some of that list, we are still creating things to this day based on Tesla’s scientific discoveries.

Now, as with the light bulb, Nikola Tesla isn’t always considered the “creator” of the concepts he discovered. That’s because he may have discovered them, but someone else refined them into commercial products the average person could buy and use.

And he was fine with that.

Small wonder that the modern version of this mad scientist, one Mr. Elon Musk, has taken a company named after Nikola Tesla and turned it into the symbol of innovation and progress, whether you believe in it or not.

I think the quote above would resonate pretty strongly with Musk today.

It’s Not About Winning

For Musk, it’s all about creating a future.

Ten years ago, there was no electric vehicle market. Five years ago, it was a pipe dream carried by a single carmaker that had only successfully managed to create one vehicle.

Today, estimates are calling for EVs to account for nearly 35% of all new car purchases by 2040. The market itself could be worth as much as $100 billion in the next few years if we’re counting hybrids that make use of battery power.

Tesla Inc.’s businesses are also bringing down the cost of lithium batteries across the board and trying to do the same for solar energy.

You can’t research any of these subjects without Tesla’s name coming up. It was the company that kick-started the EV revolution, and its namesake would be proud.

Meanwhile, CEO Elon Musk is also taking Nikola Tesla's approach to innovation: bring out the crazy ideas now, develop them on the way.

And, most importantly, Musk doesn’t care if his companies don't come out on top.

At this most crucial moment, as the mass-market Tesla Model 3 is about to go into full production, the company is facing stiff competition from many older and financially stronger companies all over the world.

Now that Tesla has discovered the formula for workable EVs, it's time for bigger, better-established carmakers to refine the idea. And without a doubt, they will...

By now, the company has proven there’s a market out there for them. There’s existing and even growing demand. Tesla has set the stage for the next big thing in transportation, not just in cars, but in trucks, trains, and even planes!

The company is also developing its solar energy branch after last year’s acquisition of SolarCity. This will expedite the drop in battery prices, since the world’s going to need a heck of a lot of batteries to make large-scale solar work.

Tesla the person was met with a lot of skepticism in his time. Tesla the company is facing the same scrutiny, and deservedly so.

That’s because both the man and the company are known for taking some huge risks, and even though many have eventually paid off in spades, there are simply better, quicker ways to get paid.

For instance, lithium still has not hit its peak! New battery designs won’t be ready to overtake today's lithium-based ones for quite a while, so we’ve still got plenty of room to grow.

We’re watching the progress of fellow battery metals cobalt and graphite, too; both are looking to go on a tear, even if lithium growth dials it back.

Every new innovation offers a new opportunity. And the most promising of these will be making us money for years to come.

How to Invest in the Future of Energy
A meeting of the most important people in the energy market can tell us one thing: The future of energy will be a profitable one, if you know how to play it.
Building Wealth By Defining Value
Energy and Capital editor Megan Dailey examines the changing definitions of "value" and explains how you could be building yours right now.
Is This Technology Putting Lithium Out of Business?
Energy and Capital editor Keith Kohl takes a closer look at a piece of technology that threatens to put lithium batteries out of business.
Afghanistan Could Dominate This Market
Are there really vast, untapped reserves of lithium hiding out in Afghanistan? Energy and Capital editor Megan Dailey explains what's stopping us from finding out.
Hydrogen Fuel Cells: The Downfall of Tesla?
Lithium has been the front-runner in the battery technology market for years, but that is all coming to an end. Elon Musk is against them, but Jeff Bezos is investing heavily in them. Hydrogen Fuel Cells will turn the battery market upside down and we've discovered the tiny company that is going to make it happen.