As you read this, I’ll be on a plane to the second-most crime-infested country in the world: Mexico. Don’t tell my wife, but in 2016 there were over 23,000 homicides south of the border. According to NPR, in terms of homicides per capita, it ranks behind only Syria.

That’s a little disconcerting, but I’m going there because it could give you the investment opportunity of the decade. And you need a firsthand account of what's going on.

You’ve been reading about Mexico oil prospects in this space for a few months now. I’ve recommended two companies in my trading service Crisis and Opportunity. They are both penny stocks that have picked up deals on the cheap after the oil price fell in 2014. Both are trending higher. One is up 77% since September.

Mexico has long had an abundance of oil and other commodities. In fact, it is a mining hot spot. Eighty percent of its mines are now run by private companies, many of which are Canadian. So we know the deals can be quite profitable.

What almost no investors understand is that, after 80 years of a state-run oil monopoly called Petróleos Mexicanos, or PEMEX, the country was finally forced to open its oil fields to foreigners.

It had to because it was running out of oil and money.

The government had been skimming the profits for years for revenue. Criminal gangs work with insiders to tap pipelines and sell the oil illegally to refineries. The cost of corruption has been estimated at $1 billion a year.

The upshot is that PEMEX didn’t have the money or the power to reinvest in its fields or spend on new technology and ideas. Add to that gloomy list a concentration on mature fields, and you see why current oil production in Mexico is at 2.1 million barrels a day, a 30-year low.

To make a long story short, in 2012 an economic reformer known as Peña Nieto was elected president of Mexico. Somehow he was able to change the constitution and end the PEMEX monopoly. In 2015, more than 100 blocks were auctioned for development.

You will remember that 2015 was when the oil price dropped dramatically... 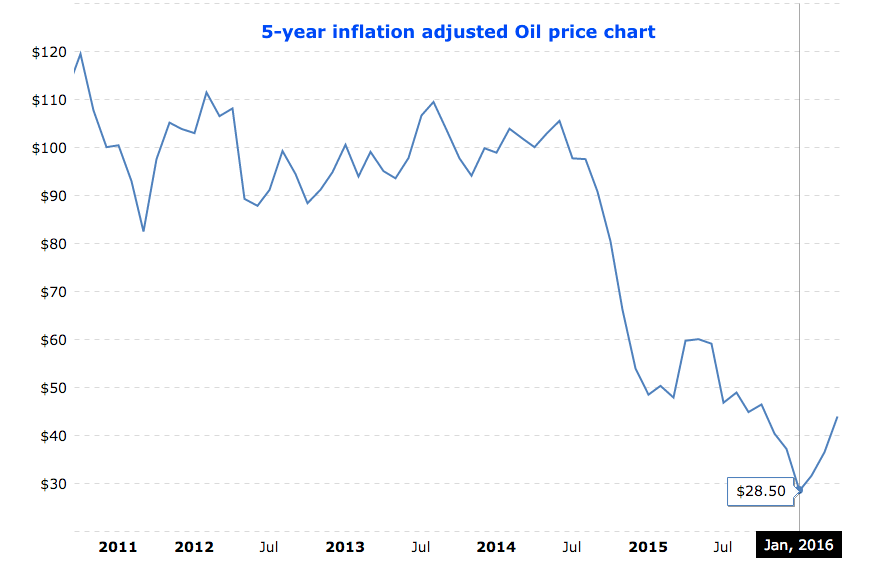 All of a sudden there was a cash crunch in the oil patch. Many companies went under, and those that held on were cutting costs and servicing debt. Few had the money to go after Mexican oil fields…

Ironically, the Canadians and Americans have a long history of squeezing oil out of dead and dying fields and holding down costs as they do it.

It just so happened that there were a few newly formed companies that had some cans and could see the opportunity of a lifetime.

They went to Mexico and were able to buy oil blocks just when the price of oil dropped from $75 to $28. At that point in time, even the majors weren't adding acreage. No one had the cash, and banks stopped lending.

Some leases didn’t get a bid! As if oil would stay down forever.

Right now, oil has fought back to $57 a barrel for WTI, and emerging markets are back in favor. Mexican oil is heating up.

Recently a potential billion barrels of oil was found in shallow waters off Mexico by a group including Premier Oil, Sierra Oil and Gas, and Talos Energy. This find woke everyone up and has flashed a green light for commodity traders on Wall Street.

Anyway, that’s why I’m taking a nine-hour flight to Mexico City to talk to a couple of smart CEOs who had the foresight to buy when no one else did.

One CEO has been quoted as saying, “When a massive country de-nationalizes its entire energy sector and opens its oil and gas doors for the first time ever to foreign companies, the opportunities are staggering. Welcome to the ‘new’ Mexico, and welcome to the early stages of an oil and gas game that will be bigger—from an investor’s perspective—than anything in history.”

Let’s hope he’s right. I’ll let you know what I find next week.