Is the American Dream dead?

I mean, I certainly don’t hear people talking about lifelong careers, white picket fences, and families made of 2.5 kids and a dog anymore.

Oh no, today it’s all about innovation, about change, about what you can do today to make tomorrow something bigger and better!

With that kind of mentality spreading across older and younger generations alike, is it any wonder big-talkers like Elon Musk are so popular?

True, a lot of his ideas are downright outlandish — the man’s a walking sci-fi novel, if we’re being honest.

But behind the mask of high-tech mad scientist lies the true motivation driving all of Musk’s ideas...

He wants to colonize Mars.

He wants to create neural lace so humans can keep up with AI.

He wants to get cars, homes, and businesses all running on solar energy and lithium batteries.

And for every one of these goals, any of which would be downright laughable in anyone else’s hands, Elon Musk has a hidden agenda: he wants all of these things to be affordable and available to everyone.

It’s a process he’s already proven can be done by building Tesla, Inc. into the phenomenon it is today.

From the very start, Tesla's true purpose was never in question:

Use that money to build an affordable car.

Use that money to build an even more affordable car.

He aims to bring the cost of this tech down so that everyone, not just big businesses, can use it. For example, in the past few years, Tesla has helped bring lithium battery costs down by half, and that's still just the beginning! 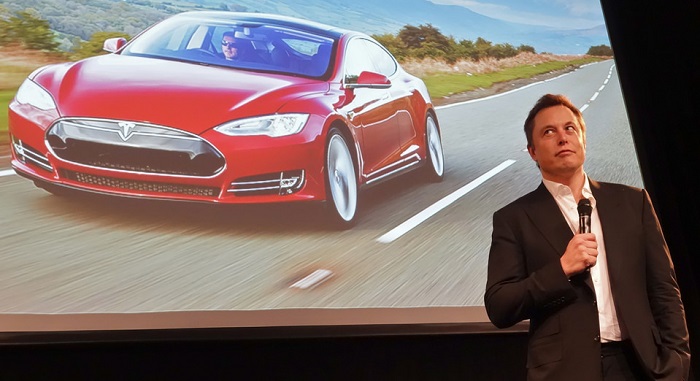 Musk wants to see the U.S. become a technological marvel, in the process making “Made in America” a label we can be proud of again.

Some will remember earlier this year when Musk attended a meeting headed by President Donald Trump — not the first time the two had met, either. While Musk and Trump have very different ideas about how to get there, both want to use today’s fast-developing tech industry to bring manufacturing back to the U.S.

Think about it... when was the last time you bought something made in America?

Were the components of that thing all made here, too? Or were they outsourced, brought to the U.S., and assembled here?

If you’ve been following any of Musk’s ventures thus far, you’ll know he is already bucking this trend. Many parts of the Tesla Model S and Model X were made in-house, as are the Dragon and Falcon rockets used by SpaceX.

This could be the start of a new American dream: U.S. as a hub of world-changing technology, at an affordable price to boot.

Can’t Get It Here

Where there’s a will, there’s a way, but there are some things even Elon Musk can't simply will into existence.

A bigger supply of American lithium, for example.

Right now, the U.S. only has one lithium deposit, located in Clayton Valley, Nevada. This was part of the reason Tesla's massive Gigafactory was built in the state.

However, there’s only one mine operating in the area: Albemarle’s Silver Peak mine. And it was never expected to be enough to cover the Gigafactory’s demand, let alone supply anyone else.

Musk noted long before construction even began on the factory that Tesla would give buying preference to companies that produced from American mines... but that has yet to spur a new commercial source, and time is running out.

Tesla will need an estimated 30,000 tons of lithium carbonate by next year, and that could clime to more than 100,000 tons once the factory reaches its full capacity.

Meanwhile, global demand is taking off, too. Albemarle has estimated that by the time Gigafactory production is in full swing, the world could be consuming as much as 400,000 tons of lithium carbonate for use in electronics, cars, and utility-scale energy storage.

To keep up, the U.S. is going to have to import a lot more than the 3,280 tons it brought in during 2016 and ramp up domestic production. One or the other just won’t cut it.

Is it worth it to make America a world leader in one of the most necessary energy technologies in the world today?

Musk seems to think so, and I can’t help but agree.

There’s probably not going to be a sudden boom in U.S. lithium like the one we just saw in oil and gas — and given what that did to global oil markets, maybe that’s for the best!

But investors always have the option to buy American companies that produce from international sources.

Albemarle (NYSE: ALB) is actually the world’s biggest supplier of battery-grade lithium, and its HQ is located in Charlotte, North Carolina.

It’s got the U.S.’s only working mine, but the bulk of its supply comes from operations in Chile, Australia, and Asia.

As new projects get underway, we’ll see even more U.S. companies building their own fortunes in the lithium industry. Booming demand will only increase the need for new supplies, and as the lithium revolution continues, we’ll be looking closely at the companies with the most to gain from it.

Lithium and Cobalt: Where's It All Coming From?
Lithium is skyrocketing and taking cobalt with it. But through all the hype, we still have to ask: where are the new supplies we're going to need coming from?
Tesla Copycat Illustrates Tough Competition in the EV Industry
Could the failure of Faraday Future signal a similar end for the infamous Tesla Inc.? And what does that mean for our most valuable energy metals?
Afghanistan Could Dominate This Market
Are there really vast, untapped reserves of lithium hiding out in Afghanistan? Energy and Capital editor Megan Dailey explains what's stopping us from finding out.
Electric Airplane Investing
One thing the airline industry has going for it right now is low oil prices... but those won't last forever. Electric airplanes are coming, and JetBlue could be the leader.
Hydrogen Fuel Cells: The Downfall of Tesla?
Lithium has been the front-runner in the battery technology market for years, but that is all coming to an end. Elon Musk is against them, but Jeff Bezos is investing heavily in them. Hydrogen Fuel Cells will turn the battery market upside down and we've discovered the tiny company that is going to make it happen.