Lithium and Cobalt: Where's It All Coming From?

“There’s too much talk and too little action.”

You wouldn’t think such a thing would be said about one of today’s fastest-growing industries...

But when Global Lithium’s Joe Lowry said it, he was indeed talking about the one and only lithium.

No doubt the metal is going to see some massive gains in the next few years, and as the lithium market matures there will be plenty more moneymaking opportunities waiting for us.

But there comes a point when you have to get over the hype and put your money where your mouth is.

Get the Lithium Out

The number one question we get from readers looking to invest in lithium is, “Where will it all come from?”

The U.S. is notably short on the stuff, having a grand total of one major source located in Nevada.

And while there’s a chance for some competitive production coming out of Canada within the next few years, it’s not likely to become the global lithium hub.

Right now, most of the world’s lithium is being produced in Australia, Chile, Argentina, and China.

Australia has the largest production by far, coming in at 14,300 tons in 2016, according to the U.S. Geological Survey. Most of Australia’s production comes from hard-rock mines.

Chile has the world’s largest lithium reserves held in these briny deserts: 7.5 million tons of our metal oil just waiting to be extracted!

Despite these high numbers, it’s the last two countries that will be getting all the attention soon.

China already imports much of its lithium supplies from Australian mines. A sudden boom in demand for electric vehicles actually caused a shortage in 2016 and prompted officials to look at increasing domestic production. 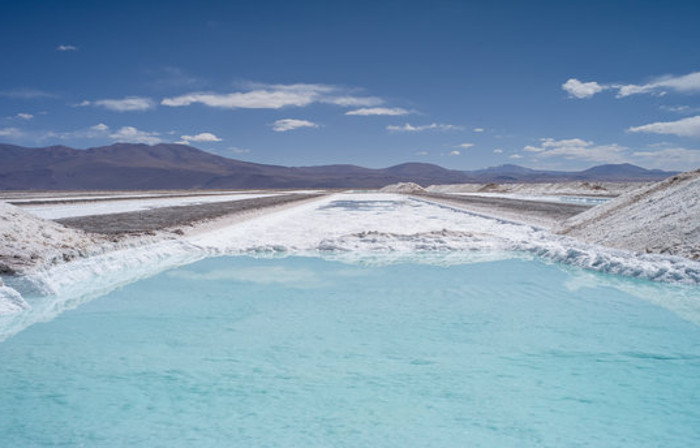 Argentina, meanwhile, has recently opened its doors to a new slew of lithium miners.

Until this year, the country has had a number of currency controls and restrictive taxes that have kept many foreign companies from wanting to do business in its lithium-rich salt flats.

Now, it’s looking to become the world leader in lithium!

Production from the country is slated to triple in the next two years, and that’s just with projects that are coming online now. That’s not to mention any successful projects from the 40 or so companies already looking to stake new claims.

This seems like plenty of action, doesn’t it? What could Lowry mean when he claims there’s not enough of that going on?

Well, mostly what we’ve already come to realize: most of these developments are just talk.

Of all the companies now looking to enter the lithium market, even in the already lucrative areas of Argentina, only a fraction of the projects will come to fruition.

As I’ve said before, it’s lithium’s difficult nature that makes it so valuable. It’s not rare; it’s just hard to get in the quantities we’re going to need.

Which makes Lowry’s point all the more salient: the best thing for the lithium revolution now is to start getting some actual results out of all the energy industry’s talk.

So what does Lowry think we should be talking about in the meantime?

The New Darling of Energy

Thus far, the lack of attention to this commodity hasn’t been an issue. After all, investors are making plenty on lithium alone.

But the time has come, Lowry says, to talk of other things, namely cobalt.

Cobalt is just as essential to today’s battery designs as lithium, and could still be a big part of tomorrow’s batteries, too.

Last week, lithium-ion pioneer John Goodenough came out with a new battery design that negates the need for lithium altogether, replacing it with sodium instead.

Goodenough is credited with creating the cobalt-oxide cathodes that make up the most powerful batteries we have today, including those used in electric vehicles like Tesla’s. From what we know of the new design, nothing has replaced the cobalt.

Right now, production comes mainly from the Democratic Republic of Congo, which, as Keith Kohl has explained before, is riddled with political discord that threatens the reliability of supply.

Which is rough, since the area produced around 66,000 tons of cobalt last year. The next largest haul came from China, with just 7,700 tons.

Any increase in China’s production will, of course, be going in large part to domestic use, much like its lithium.

Which means more global supply will have to come from the next runners up: Canada and Russia.

Canada, which produced around 7,300 tons last year, produces most of its cobalt as a byproduct of mining for copper and nickel. That may have to change now that cobalt demand is on the rise.

Russia has already seen the writing on the wall, and minister of industry and trade Denis Manturov has stated that the country will be upping production in the next few years from its 2016 total of just 6,200 tons.

Australia, though its cobalt production dropped from 6,000 to 5,100 tons last year, still has a shot, too.

According to the USGS, the country has the world’s second largest reserves at around 1 million tons, though that's less than a third of what can be found in the DRC, and it's held mostly in nickel and copper mines.

Today, cobalt is little known and still mostly a byproduct.

Tomorrow, it will have to be something more. Lithium producers are already under the gun; cobalt producers will be even more so.

And now we’ve started talking about it, we’re already one step ahead of the investment hype.