This Could Be Your Last Chance to Buy Under $1,300

This may be one of your very last opportunities to buy gold under $1,300 an ounce.

After sluggish trading all throughout the month of October, the price of gold moved $30 higher this week to reclaim $1,300 yesterday, before pulling back under overnight. 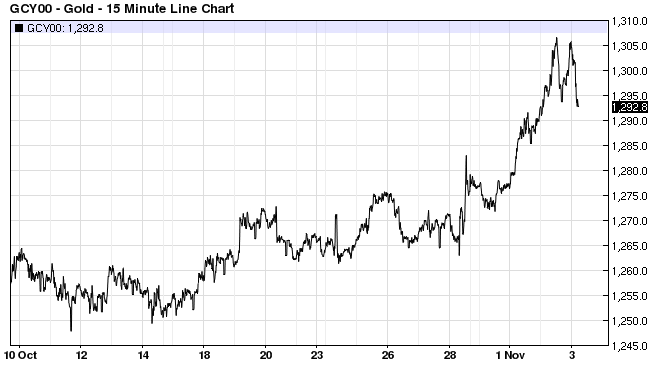 The price of gold is reacting this week to a sharp decline in the value of the U.S. dollar. And I suspect this is only the beginning... 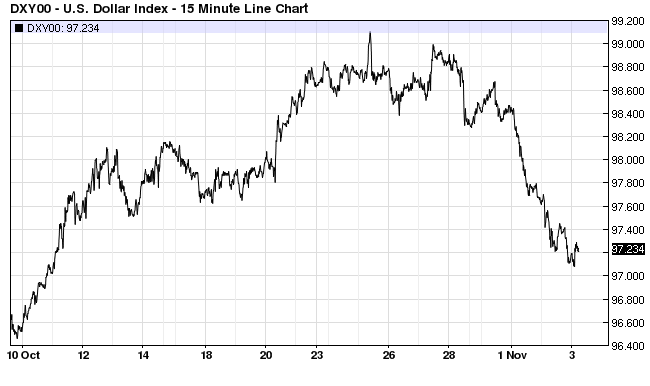 Traditionally, higher interest rates would increase the value of the dollar. But we're living (and trading) in peculiar times. Nothing seems to be as it once was. Across the board, the financial markets seem to be transitioning into a new order. And the dollar's nontraditional reaction to what traders are still betting will be a rate hike in December is just a small part of that.

I suspect the dollar is weakening right now due to U.S. political and economic uncertainty, and concerns over global inflation.

U.S. politics is definitely involved at least in some way in the dollar's decline. Just consider this...

If you lived anywhere else in the world and witnessed the 2016 American presidential race from an outside perspective, would you bet on the United States right now?

This uncertainty over America's next administration is also clearly translating into economic doubts as well, which is putting significant downward investment pressure on the dollar and U.S. assets right now, as we're only a few days away from election.

But I believe the dollar's woes are only just the beginning of something bigger... something much more seriously devastating...

Whenever it actually occurs, you can expect the $20 trillion crossing to be international news. And the next president is no doubt going to serve as the lightning rod. Something will have to be done...

Either way, this massive pile of debt will have to be addressed one way or another. And the costs will no doubt fall back onto the American citizens and U.S. dollar holders. Have they ever not? 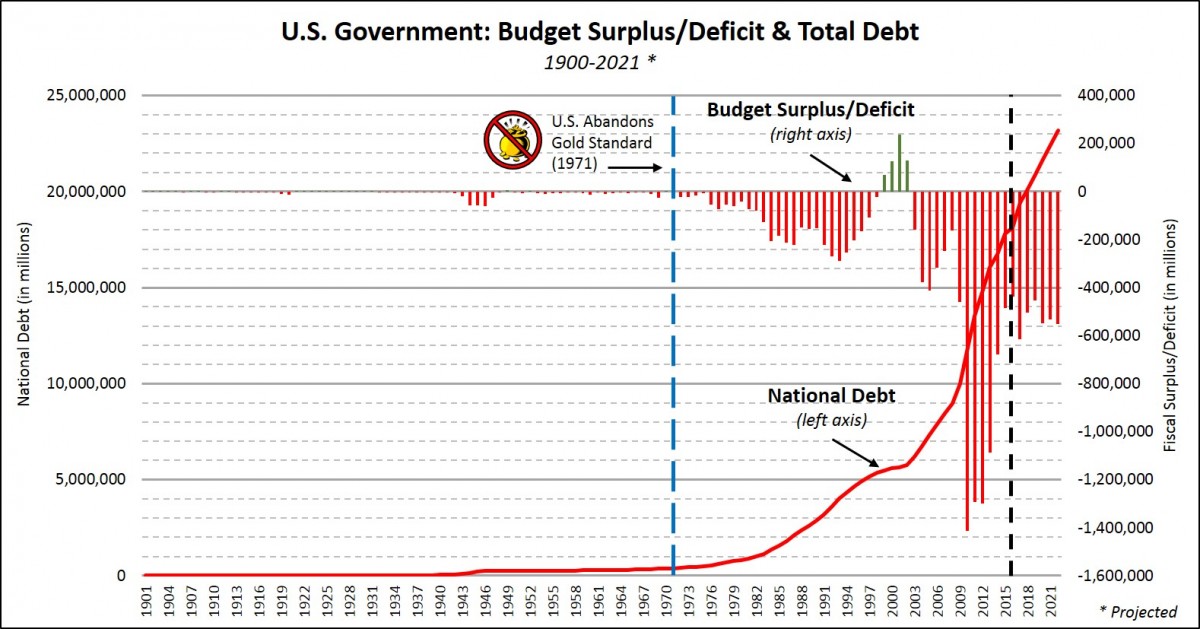 For the past several months, the Federal Reserve has already been preparing the markets for a bout of increased inflation.

Several key members have consistently stated that U.S. inflation is running below their target and they wish to see inflation increase to 2%. Yesterday's FOMC meeting statement repeated this message.

And I believe the Fed is ultimately preparing the market for higher inflation with these statements ahead of another planned round of QE (or something similar) to deal with big public issues like the national debt.

The Fed's statements calling for higher inflation have simply been part of an objection-handling technique — a way to preempt the public's concerns over inflationary pressures by simply telling them that inflation has been “below target” for several months. I speculate this also includes creating a false market to increase the value of the U.S. dollar so declines from downward pressures of future inflation won't appear so bad over the long term.

Either way, the value of the U.S. dollar appears to be on shaky ground right now. And gold is the best hedge against future declines in the greenback.

If the U.S. dollar and gold have a traditional inverse relationship... and we're living and trading in peculiar times where traditional logic doesn't always apply... is gold really the best hedge against a decline in the dollar?

Well, of course, that is still yet to be seen. But, yes, I believe gold is still the best hedge against U.S. dollar for one fundamental reason...

There really is no other great alternative to any fiat currency (including the USD) for wealth storage other than gold. 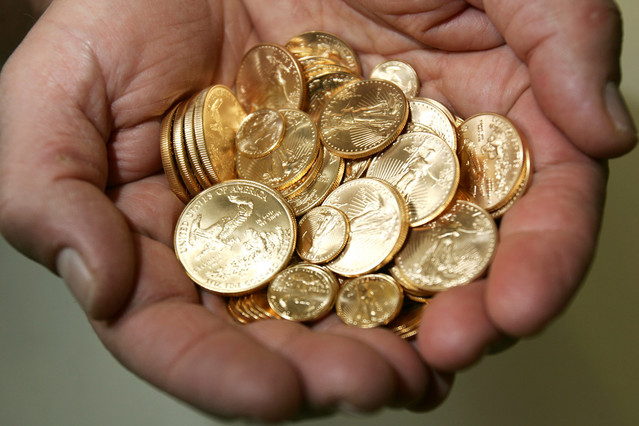 Digital currencies like Bitcoin (even gold-based digital currencies) simply can't compete with central bank money. Non-fiat government-issued currencies don't exist. And other hard assets like real estate, farmland, or other commodities are not portable or are very inconvenient for trade. Gold is simply the most accepted and convenient alternative to fiat currencies.

Asian central banks are already locked into a long-term currency war with purposeful competitive devaluations. So the market for fiat currencies is already quite weakened. And I speculate that a significant decline in the value of the U.S. dollar (as a result of upcoming issues) will ultimately prompt a much wider confidence crisis in all fiat currencies around the world.

In other words, I believe this tipping point in the USD could also be an axis for all fiat currencies to decline. And that's why I'm urging you to own gold, the most accepted and convenient alternative to those fiat currencies.

Buy at least a little bit of gold today.