Has Anyone Told You That You Have Beautiful Eyes?

No, I’m not coming on to you. My appreciation comes from a purely scientific perspective, I swear.

Aesthetics aside, eyes are incredible pieces of hardware. They're one of the few human components that engineers still can’t quite beat.

We have ultra-sensitive microphones that are far more powerful than a human ear...

Hydraulic muscles and steel bones that can move more weight than an entire room full of people...

And we’re even seeing advanced computers threaten to dethrone the human brain as the world’s best computer.

But in terms of quickly processing a huge amount of visual data, our eyes have no competition. They're faster, sharper, and more efficient than any robot — or computer program, for that matter.

That’s the reasoning behind one of my least favorite ways to prove I’m not a robot: the CAPTCHA. 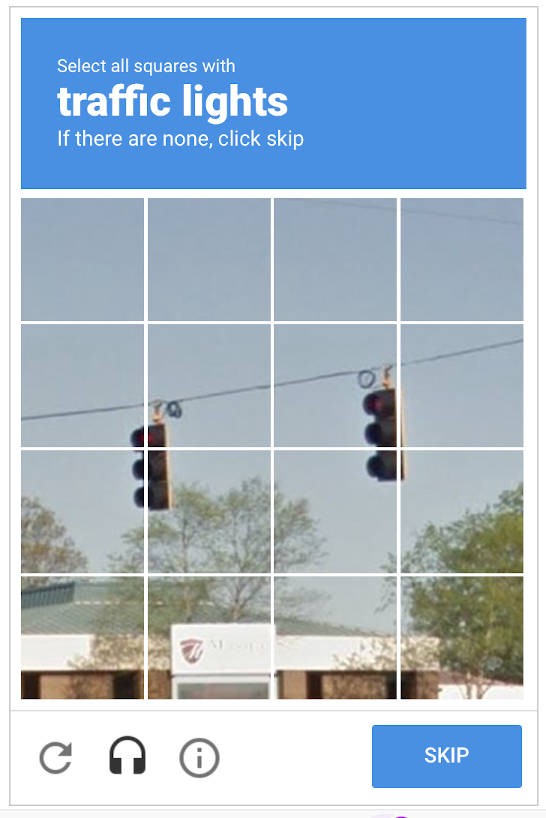 For humans, this is a slam dunk — except when Google is clearly out to get you with those ambiguously divided images, of course.

But even then, it’s remarkably easy for our eye-brain combo to tell which squares have traffic lights and which don’t.

If you were a robot, this simple task would be borderline impossible.

If your eyes were cameras, like many prototype robots’ are, you’d have an incredibly difficult time digging through all the visual data and finding the traffic light.

Camera technology is incredibly advanced nowadays, but pattern recognition — finding the traffic light in the image or spotting a predator hiding in the brush — is still mediocre at best.

That concept helps secure websites against distributed denial-of-service (DDoS) attacks, where an army of computer programs overload a public server. If you’re not human, you can’t get through.

On the other hand, it has also been one of the most significant holdups to the robotics industry’s progress.

Giving Robots the Gift of Sight… One Day

According to engineers at Penn State, the human eye can process close to 10 million bits of data per second. That’s roughly the speed of your average ethernet connection.

Obviously the miracle of vision requires more than just an eyeball. Nerve connections feed the input to the brain, which decodes the pulses of light into a coherent image. It all happens in a fraction of a second, with little to no processing time. Robots wish they had that level of mental quickness.

In fact, there are multiple industries waiting for that exact problem to be solved. Self-driving cars in particular are only one good visual processor away from ruling the roads.

Robotic warehouse workers need to be able to quickly view their target or respond immediately to a fallen pallet. With our current technology, they're nothing more than beefed-up Roombas.

All hope is not lost for the industry, however. Even though the human eye-brain combo is still undefeated, engineers are getting painfully close to actually beating the human eye.

And as usual, Tesla is at the forefront of it all. 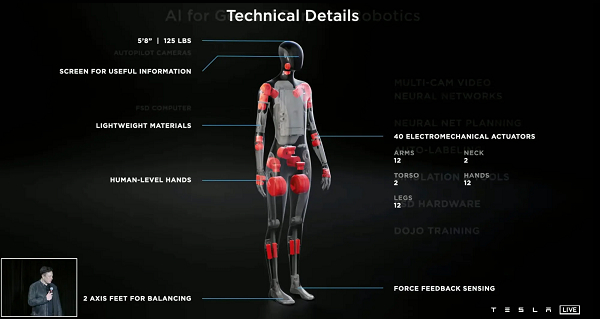 The company’s autonomous Optimus robo-butler is supposedly coming to customers as early as 2023 — an ambitious timeline even by Elon Musk’s standards.

Eyes are likely one of the biggest factors the engineers had to consider. Whether Tesla’s team has cracked this old problem will determine the overall success of the robot itself — I guarantee it.

To make it happen, Tesla will need to sign massive contracts with top-tier manufacturers. All those components have to come from somewhere.

We’re currently tracking the companies that remain the undisputed leaders in their fields. Shockingly, very few are household names.

The companies may be small, but their work is world-changing. Don’t miss the opportunity to share their wealth.