Scientists at Tufts and the University of Vermont have created cyborg predators.

Well, they call them xenobots, and they're African clawed frogs, but still...

According to Discover magazine:

The African clawed frog, Xenopus laevis, typically lives in the streams and ponds of sub-Saharan Africa, scavenging for food that it rips apart with its feet... [Researchers] harvested its embryonic skin and heart cells and reassembled the living matter into robotic devices — transforming Xenopus into xenobot.

Xenobots are the first robots made completely of living materials. They’re designed on a supercomputer running software that emulates natural selection: Algorithms determine possible effective tissue configurations for a xenobot to perform a specified task, such as moving through fluids or carrying a payload. The most promising designs are sculpted with tiny forceps and cauterizing irons, then set free in petri dishes, where the specks of amphibian flesh live for about a week before decomposing. There are no electronics involved. Behaviors are programmed entirely through the structural arrangement of the pulsating heart cells held in a matrix of rigid skin cells.

For the record, that’s artificial intelligence (AI) being used to reprogram living material.

According to the AP, Knox County has opened one street to allow autonomous vehicles to learn and grow.

Tuesday’s meeting granted Local Motors a vehicle tag allowing their shared, autonomous, electric vehicle, Olli, to operate on Valley Vista Road in Knox County for testing purposes. This makes Olli the first autonomous vehicle to operate on public roads in Knox County and allows the autonomous system to learn in mixed-traffic settings under the supervision of a certified safety attendant. Along with rigorous closed-course and simulation-based testing, real-world environments such as public roads contribute data that can be used to improve the safety and performance of Olli. 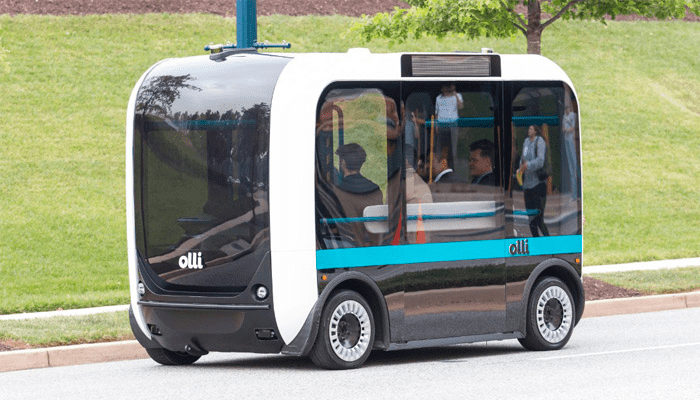 Olli has six LiDAR sensors, five radars, and six cameras as well as GPS to make sure it moves around safely and avoids obstacles.

I know this idea has been around for the better part of a decade, but the technology has improved enough that it is now being used on public streets without a driver.

Just two days ago, Elon Musk put 22 satellites in orbit using SpaceX's Falcon 9 rocket. Musk has asked the government for the rights to launch around 42,000 satellites for a communication service called Starlink.

Starlink is already the largest satellite constellation that we know of (1,261 currently), and it will just get bigger over the next five years. The service is in beta testing in North America and has been since August 2020. Aside from the internet, it will also be available for military, science, and commercial uses.

The upshot of this will be fast internet (up to 150 megabits per second) everywhere — out to sea, on trains, in cars, and in remote mountain passes. One Reddit user drove to a remote spot in a national park and recorded a download speed of 120 Mbps and a latency of 37 milliseconds in areas with a direct view of the heavens. It does require a small, self-directing satellite dish.

It All Comes Together for Your Profits.

So what do AI, autonomous car sensors, and the internet everywhere have in common? Find out and get ahead of the next big tech investment. Click here to see the free presentation.