Cobalt Is King in the Lithium Revolution

Yesterday, I couldn’t help but smile as Tesla hit its latest 52-week high.

Yet I don’t own a single share of the company.

I know that may sound a little strange, even a little backwards.

After all, the media hype that has embraced Elon Musk over the last few years is nothing short of extraordinary; praise was lavished on his Gigafactory’s doorstep at every step of its construction.

Still, there has been a fair share of criticism of Tesla, the more recent coming from a colleague who has tried to rein in some of the exuberance. Personally, I don’t have enough faith that the investment herd will listen to reason.

But regardless of whether or not you feel one share of Tesla is currently worth $336 of your hard-earned money, there are much larger concerns for shareholders than a correction.

It’s a problem that places Elon’s entire dream in jeopardy.

When Tesla is churning out a million cars in 2020, it’s not lithium it will be worried about — it’s cobalt.

Remember, this is just its vehicles; we have to also assume the company doesn’t plan to scrap its projected Powerwall production or even the addition to future Gigafactories.

But this issue is bigger than Tesla.

Any time you have demand outpacing supply for the foreseeable future, it creates a perfect storm for individual investors like us who have their ears to the ground.

The cobalt supply crunch is also exacerbated by the fact that the metals market has been in a bear market since 2011.

Why is this a problem?

Remember, approximately 98% of global cobalt production is as a by-product of copper and nickel production. 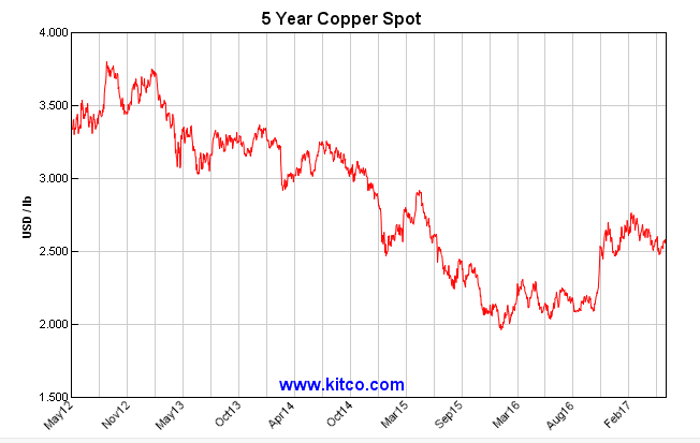 Of course, the same could be said for nickel: 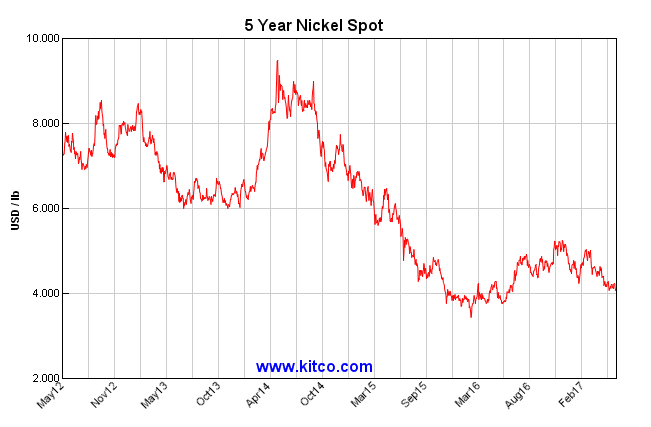 But if you’re looking for the upcoming pure plays in cobalt, perhaps it’s time you check out the juniors.

Cobalt Stocks You Need to Check Out

There’s no sugarcoating this: cobalt is absolutely vital to the future success of Tesla, Chevy, GM, BMW — anybody looking to capitalize on the growing EV market!

In fact, it’s not a stretch to say that the world’s cobalt supply is far more precarious than lithium. It’s important to keep in mind that 60% of the world’s cobalt supply comes from the Democratic Republic of the Congo, which, as I’ve told you before, is one of the most corrupt countries on the planet. The inhuman conditions and chaos that plague the DRC’s mining sector will have tech giants like Tesla scrambling to find their supply elsewhere.

Apple has already stopped buying its cobalt from artisanal mines. It’s only a matter of time before the rest of the tech industry swerves to avoid this disastrous PR nightmare.

So, is Tesla doomed?

Fortunately for Elon Musk, he’s in the right place at the time.

He just needs to look in his own backyard.

Take a closer look at small exploration companies like LiCo Energy Metals (TSX-V: LIC), which offer investors a way to play both lithium and cobalt. LiCo has an option to own 100% interest in the Teledyne Cobalt Project in Ontario, Canada.

And the company isn’t there on a whim. The history of activity on the Teledyne property goes back more than a century, during which more 18,000,000 kg. of silver and 14,000,000 kg. of cobalt have been produced.

In a recent interview, we learned the geophysical survey that was completed covered parts of the property that were left relatively unexplored. The next step involves a diamond drill program that is expected to start within the next few months.

Next week, we’ll continue our search for more upcoming cobalt players that are closer to home.