Last year, nearly 40,000 people died in car crashes in the U.S. Worldwide, more than 1 million lives were lost to accidents in cars.

This number doesn’t even take into account the people who were direly injured or whose cars were totaled, never to be driven again.

But we can’t just stop driving. Dangerous as it may be, we all have places to go and things to do that require us to be able to get around.

Luckily, there’s a solution to this conundrum on the horizon: autonomous cars.

Some estimates claim that the integration of driverless technologies could reduce vehicular deaths by 75% or more!

Of course, we have to actually figure out how it works first...

Last year, autonomous driving hit a major setback when it was reported that for the first time, Tesla’s Autopilot feature was to blame for a driver’s death.

While this was bound to happen at some point, it was still a shocking blow to Tesla and the autonomous market at large.

Tesla itself is still facing backlash. The Model S, once Consumer Reports’ highest-ranking car ever, received a downgrade in safety last week due to the company’s slow upgrades to its automatic braking feature, the most basic of the car’s supposed autonomous abilities.

Autopilot has always had its fair share of critics, and the complains aren’t without merit: 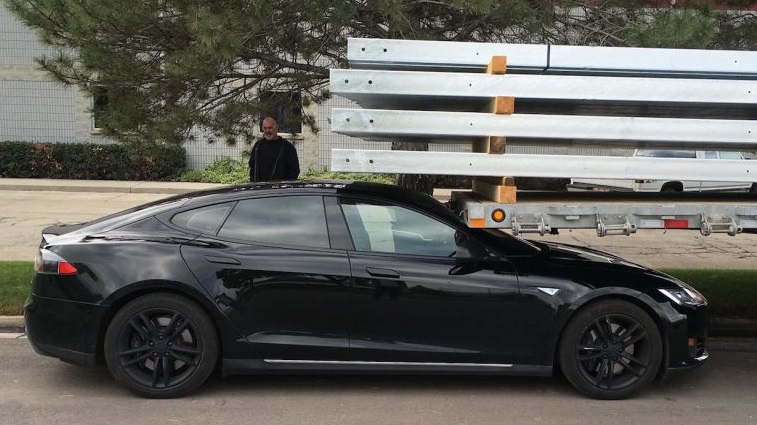 The problem is not that truly driverless cars aren’t possible. The problem is that today’s car companies, and tech companies for that matter, are going about creating them all wrong...

Consider this: Most autonomous systems today run on some combination of cameras, sensors, and semi-autonomous software. These things combined can, at least in theory, sense obstructions on the road and navigate around them.

Are you seeing the issue here yet?

Let’s add to the mix all the cars without any of this technology. Now the autonomous system has to deal with immobile objects and highly mobile, highly unpredictable vehicles.

You see, human drivers are notoriously bad at communicating their intentions, despite how exceedingly simple it is to use a turn signal (not that I’m bitter).

All the high-tech cameras, LIDAR sensors, and judgment-making software in the world can’t account for every possible instance of human error.

Which means as long as humans are in control, autonomous technology is still too dangerous.

The safest, smartest solution is not a new concept, and it isn’t the least bit difficult to imagine. But putting it into practice is a whole other monster.

A Message from the NHTSA

The National Highway Traffic Safety Administration published a set of proposed rules at the end of last year that would make V2V (vehicle-to-vehicle) communications mandatory in all new cars within two model years.

Conveniently enough, this lines up with the timing of many electric vehicles that are supposed to be on the market by then. By 2021, we could be seeing a whole new transportation landscape...

In fact, it will have to be almost entirely new. The fact of the matter is that if companies want to put truly autonomous vehicles on the market, they’ll need to make sure the communication is not coming from unpredictable human drivers.

The only safe way to make driverless cars a reality is to make cars that can communicate with each other without human interference.

Essentially, we’ll need to turn all major forms of transportation — cars, buses, trucks, and even trains — into one massive instance of the Internet of Things.

Further down the road, that connection will be extended to street signs, road markers, and traffic signals so that the cars are constantly aware not only of each other, but also of the existing traffic patterns.

This expansion is being referred to as V2X (vehicle-to-everything), and it will encompass so much of our transportation infrastructure that Navigant Research has estimated the market’s value will be around $36 billion by 2025.

Given the scope of this connected system, that will only be the start of it.

Actually, integration of V2V tech has already begun. Tesla is far from the only company with cars that can share information through cloud computing.

The next step has been outlined by the NHTSA: New cars coming out in the next few years will have to be able to communicate not just with other cars of the same brand, but with every other car on the road using a standardized computer language.

Without a doubt, this will require a huge amount of cooperation between companies... but don’t think that’ll stop the competition from heating up fast!

Companies like Tesla, Google, and General Motors, which are starting to build this market now, have a distinct advantage, but everyone will have to be on board to get autonomous cars off the starting block and onto the road.

Make America Cheap Again
Energy and Capital editor Megan Dailey explains why Elon Musk is doing more than building electric cars; he's building the new American dream.
Is This Technology Putting Lithium Out of Business?
Energy and Capital editor Keith Kohl takes a closer look at a piece of technology that threatens to put lithium batteries out of business.
Demand for Cobalt is Skyrocketing (And So Are Prices)
Energy and Capital editor Christian DeHaemer explains why we need cobalt... and why we're running out of it.
Past, Present, and Tentative Future of Tesla
Tesla's innovations might be new, but the idea behind them isn't. Energy and Capital editor Megan Dailey looks back at the first Tesla's legacy and how it could impact investors for years to come...
Hydrogen Fuel Cells: The Downfall of Tesla?
Lithium has been the front-runner in the battery technology market for years, but that is all coming to an end. Elon Musk is against them, but Jeff Bezos is investing heavily in them. Hydrogen Fuel Cells will turn the battery market upside down and we've discovered the tiny company that is going to make it happen.