Accelerating the Race to Autonomous Driving

“Those who reach the finish line before you will have their tech become the basis of standardization.”

This candid statement from the co-founder and CTO of Mobileye, Amnon Shashua, sums up the situation brewing in transportation quite nicely: no one wants to be last in the race to autonomy.

Yet for all the companies currently working on autonomous cars, it’s hard to tell exactly how the industry is progressing. Everyone is running their own tests, collecting their own data, and taking their own routes to the finish line.

In a world of constant connectivity, the driverless industry seems entirely too disconnected...

“This is why sharing is important,” adds Shashua.

I’d say at this point it’s more than important; sharing has turned into an indispensable part of this evolving industry.

But it's not just car companies competing in this race; technology companies want in on the prize, too.

In fact, as of last year, cars have surpassed cell phones in the number of devices connected to cellular networks in the U.S. Cars have essentially become smartphones on wheels.

Predictably, two of the world's biggest smartphone systems, Android and Apple, are already the most commonly used platforms. 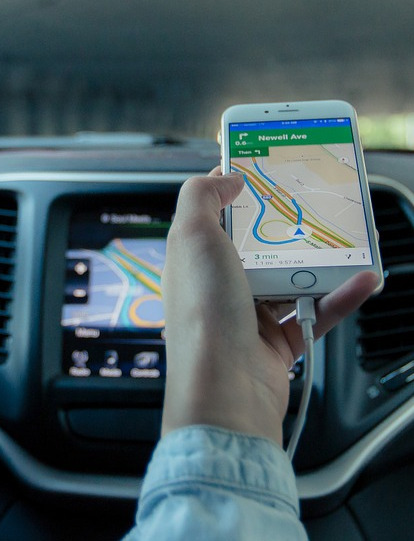 But Android Auto and Apple CarPlay are two wholly different connected experiences, and they don’t play well together at all.

Were these two to remain the only options, progress would be limited to just what each company saw fit to produce, and they would probably stay wildly different.

That’s where the SmartDeviceLink Consortium comes in.

This non-profit group was created jointly by Ford and Toyota to offer an alternative to the market dominance of Google and Apple.

Another handful of companies have signed Letters of Intent to join at some point down the road. These include Harman, QNX, Pioneer, and Panasonic.

What the SmartDeviceLink members hope to create is a platform that can be standardized instead of becoming another fighting ground for the world’s foremost tech giants. The platform will be capable of running regular apps on any connected car and will be able to change and grow with the market.

The group plans to make this software available to customers by 2018.

While Google and Apple have the advantage, using their established cell phone platforms as a springboard, they haven’t quite cornered the market just yet.

Today, you can make a phone call, play your favorite Pandora radio station, and locate the nearest restaurant simply by speaking to your car. Some apps can even expertly park a car without anyone behind the wheel!

But even that’s not half of what truly connected cars can do.

We’re not going to reach the point of 100% autonomy with cell phone apps. More important than just connecting to your phone, cars are learning to talk amongst themselves.

The technology is called vehicle-to-vehicle, or V2V, communication, and it’s going to be the most important development in the autonomous vehicle industry.

This is where Mobileye has been focusing its efforts since it broke ties with Tesla last year. Its decision to end the partnership was based on what Mobileye saw as a dangerously casual attitude towards a fatal accident involving Tesla’s Autopilot system.

Mobileye is now working with BMW and Intel Corp. to create a safer, more accurate platform that it hopes will be commercially viable by 2021, the unofficial autonomous car finish line.

BMW just this week announced that it will use the system to test out its own self-driving cars on the roads of select U.S. and European cities starting later this year. It’s already too late to catch up with the number of miles logged by Google and Tesla’s driverless fleets, but if the technology is better, that won’t matter in the end.

More than likely it will be better, if only because this trio is doing what Shashua suggested: sharing.

Once the system is ready to use, BMW will allow other autonomous carmakers to adopt the platform for their own vehicles and use it to help crowdsource the collected data.

“Rather than trying to set us apart from the world, we tell the world to come and join us,” Shashua said earlier this week at the Consumer Electronics Show.

To add an extra layer of legitimacy, the National Highway Transportation Safety Administration has already begun drafting a proposal that would not only allow V2V communication, but require it.

The sensors on these new systems will be able to detect things that even human drivers would not have been aware of, and then warn surrounding traffic about any danger ahead.

V2V tech could prevent as many as 8,000 crashes, according to the NHTSA, and reduce car-related deaths by nearly 1,000 people per year.

Invest in the Tech

Tesla finally began full-on production at its long-awaited Gigafactory this week. The production of batteries for its coming line of Model 3 vehicles can now begin in earnest, and every one of them will be fitted with autonomous capabilities.

Now the pressure is on for the world’s major automakers to step up their game. Tesla may have sparked this race, but it’s far from over...

It’s all going to come down to who can get the best tech out first.

Sharing between companies, and between cars with V2V technology, is the best route this race can take. Keep your focus on companies heading in this direction as the industry develops.