The Truth About the Coal Industry

In 2004, coal was a major part of U.S. electricity generation, accounting for 51% of all generated power.

The U.S. was one of the largest producers of the resource, second only to China, and though it was a top 10 coal exporter, six other nations preceded it. Between 2005 and 2010, only 5% of domestically produced coal was exported.

But in 2011, coal-generated electricity dropped to 42%. The U.S. became the fourth-largest coal exporter, doubling exports from 5% to 10% of domestically produced coal.

The thing is, the U.S. has a lot of coal. But environmental concerns over the carbon emissions that come from burning fossil fuels like coal have sparked rounds of regulations and restrictions. 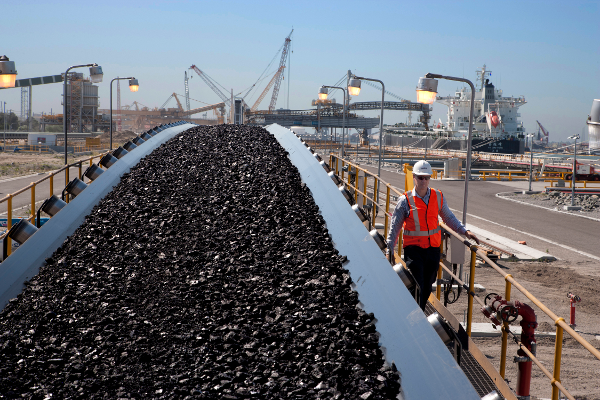 In March 2012, an Environmental Protection Agency (EPA) ruling put a limit of 1,000 pounds of CO2 per megawatt-hour on output-based emissions, requiring coal-fired plants to add enough carbon-capture and sequestration technologies to reduce their emissions output by 50%.

And though around 70% of U.S. coal plants are more than 30 years old, new ones aren't being built. With ever-tightening regulations in place, it just isn't feasible.

In 2012, another competitor factored in. Natural gas prices fell below $2 per mmBtu for the first time in 10 years.

Unlike the use of coal, the use of natural gas has been lauded, particularly when it comes to emissions reduction. By the end of 2012, U.S. carbon dioxide emissions fell 13% from their high of 6 billion metric tons in 2007, now at 1994 levels and moving ever closer to the 1990 level of 5 billion metric tons — a drop that has been attributed, in large part, to a switch by utilities and power companies from coal to the much cheaper, much less regulated natural gas.

Coal consumption has taken a hit, and with increased regulations and alternative power sources taking its place, coal is going the way of the dodo bird. 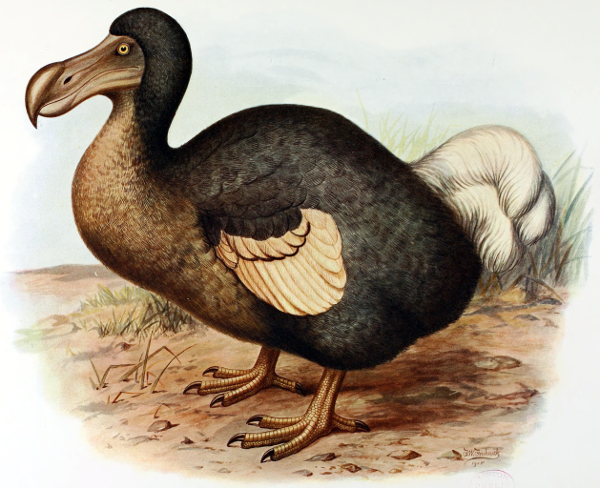 Global coal use has been dropping for decades. A hundred years ago no one would have believed you if you said that coal would decline so quickly, but it’s entirely possible that by 2040 the only one caring about coal will be children praying that they won’t get some from Saint Nick.

China, one of the most polluted places in the world, is looking to bring in more renewables and drop coal use. India is stopping construction on new coal plants, and the largest coal miner in the world, China India Limited, is shutting down 37 of their mines because they can’t afford to keep them running.

What About Clean Coal and The Promised Jobs?

Clean coal was never going to work. In fact, it’s complete fiction. The world’s first “clean coal” plant just announced that it’s going to end up running on gas instead.

You might have heard Trump say that he’d bring jobs back to coal… But for an industry that’s in such decline, it’s simply not possible.

The automation that is making self-driving cars and talking home systems like Amazon’s Alexa possible is taking over the few jobs left in the coal.

And, unfortunately, investors heavily embedded in the coal industry are staring down a long, bleak road as the entire industry continues its death spiral.

You can see the brutal effects that plummeting coal prices have had on U.S. coal companies over the last few years.

In 2016, the United States' largest private coal mining company was forced to lay off 80% of its workforce. It isn't alone, either. The four largest publicly traded miners have lost more than $44 billion of market capitalization over the last five years.

That same year, Duke Energy, one of the largest utilities in the country, spent $5 billion to acquire Piedmont Natural Gas in order to secure its future supply of natural gas.

Sure, there are still some states that get a lot of their energy from coal, and those states might continue using coal for a while, but they’re not going to be able to hold on for much longer. The simple fact is, natural gas is cheaper, and more energy efficient than coal, and in a world that’s increasingly calling for less pollution and more efficiency, coal is getting elbowed out of the way.

We’re watching the end of coal. And profits off of it won’t last for long. That being said, if you want to invest in some companies in the short-term and make a profit off rising natural gas prices (which end up boosting coal prices) then we’ve found a few that could make you a quick buck.

Peabody is the largest coal company in the world, serving 25 nations and boasting over 5.6 billion tons of proven and probable reserves.

Headquartered in St. Louis, Missouri, the company also has offices in China, Australia, the UK, Singapore, Indonesia, and Germany.

It has mining interests at 23 locations in the U.S. and Australia, and it has direct access to Asian and European markets with its international trading headquarters.

Arch Coal is one of the five largest coal producers in the world. The company has mines in Wyoming, Utah, Colorado, Illinois, West Virginia, Kentucky, Virginia, and Maryland, accounting for 15% of the nation's total coal production.

Arch Coal received the Conservation Legacy Award from the National Museum of Forest Service History in 2012 for “outstanding actions” in restoring operating locations.

CONSOL is a unique company in that it is involved in the production of both coal and natural gas — so that even with coal’s decline, CONSOL can still make a profit off rising natural gas prices.

The company is headquartered in Canonsburg, Pennsylvania, and it's one of the nation's biggest coal producers and the largest producer of underground mines, with the majority of its production coming from underground. Its longwall mining technology helps improve production.

Trump has made a lot of promises at coal, but you can’t frame it any differently: coal is in decline. While it still currently produces a lot of U.S. electricity, that’s not going to last. Just a look at this chart shows the truth: 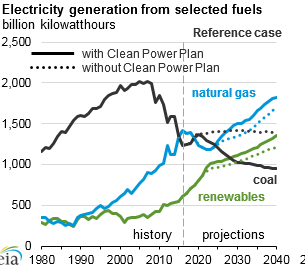 Natural gas prices have been rising, which will give coal companies a short-term boost, so if you’re thinking about investing in coal, you’ll want to get in now, but only for a short time.

Whichever way you look at it, the end is nigh for king coal.