Year in Review: Predictions from 2018

In 1909, Mark Twain said, “I came in with Halley’s comet in 1835. It is coming again next year, and I expect to go out with it. It will be the greatest disappointment of my life if I don’t. The Almighty said, no doubt: ‘Now here are these two unaccountable freaks; they came in together, they must go out together.’” Twain died on April 21, 1910, the day after the comet returned.

Of course, Twain lost his fortune in gold mine scams, and idiots are banning his books today because they don’t understand the historical context, but still, making the call on your own death is pretty metal.

Last year, while I didn’t call my own demise, I did make seven predictions about the stock market. Let's see how I did.

The way to play it is to trade VelocityShares 3x Long Natural Gas ETN (NYSE: UGAZ), which is now back to a low. 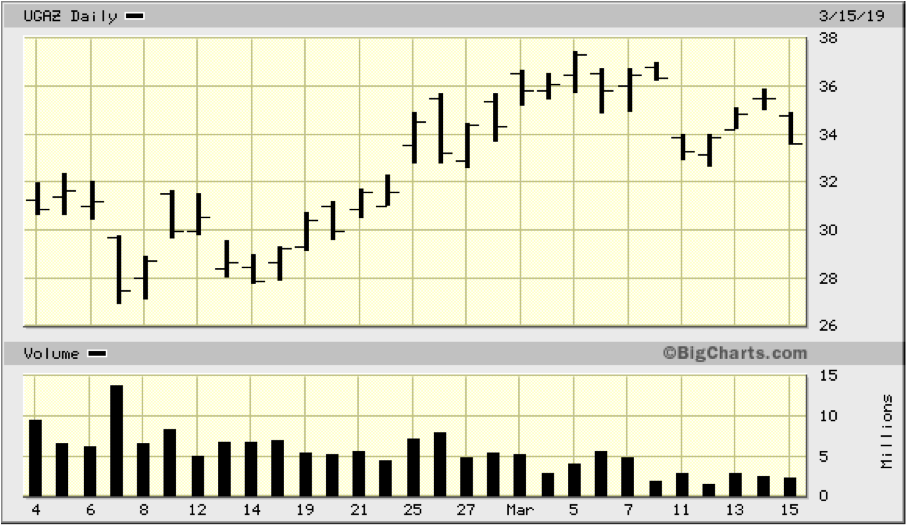 2. A major car company will fold.

This was completely wrong. Total auto sales were down by 0.8%, and few people made money buying the industry, but as far as I can tell, they all still exist.

3. The easy trade of the year will be to short Netflix and buy Disney.

For the past few years, Disney (NYSE: DIS) has been a drag on the Dow Jones Industrial Average. This is because DIS owns ESPN, the sports network. For years, ESPN dominated cable. But then the company decided to go into political punditry at the same time their customers were cutting the cord. Cord cutting combined with a general disinterest in the NFL whacked Disney’s bottom line.

But late next year, Disney is launching its streaming service. This could put an end to the company’s cord-cutting woes. Disney is also heading into a blockbuster 2019 movie line-up that is headlined by the next Avengers, Captain Marvel, Dumbo, Aladdin, Toy Story 4, The Lion King, Star Wars Episode 9, and Frozen 2.

Netflix has a P/E of 95 and pays no dividend.

This was a winner. But you would have been better off just buying Disney. 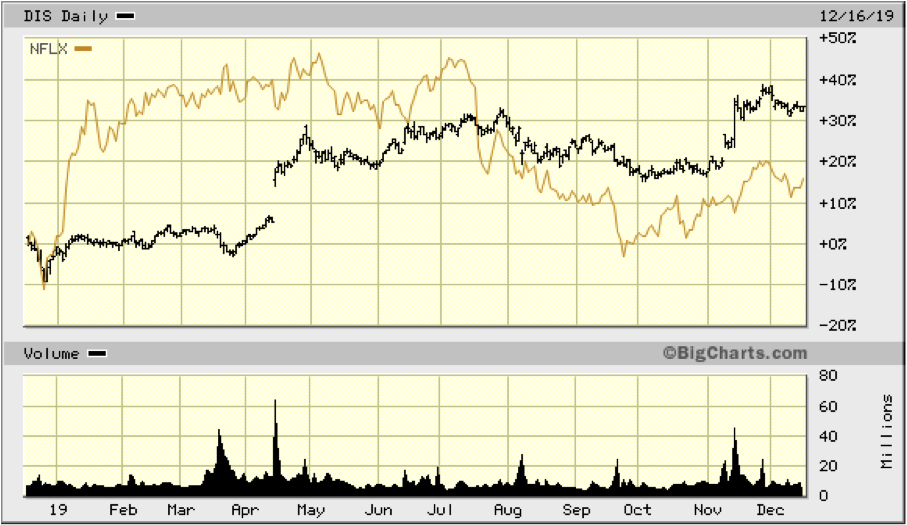 4. Space stocks will be big performers.

Despite the many new milestones happening in space right now, public companies that supply much of the gear for space flight haven't gotten much love from the markets. This is going to change.

First, there are only a handful of space stocks. Second, the first space ETF, the SPDR Kensho Final Frontiers ETF (NYSE: ROKT), just launched. Three more are to follow. They will all have to buy these same stocks. That and continued growth will send the stocks higher. 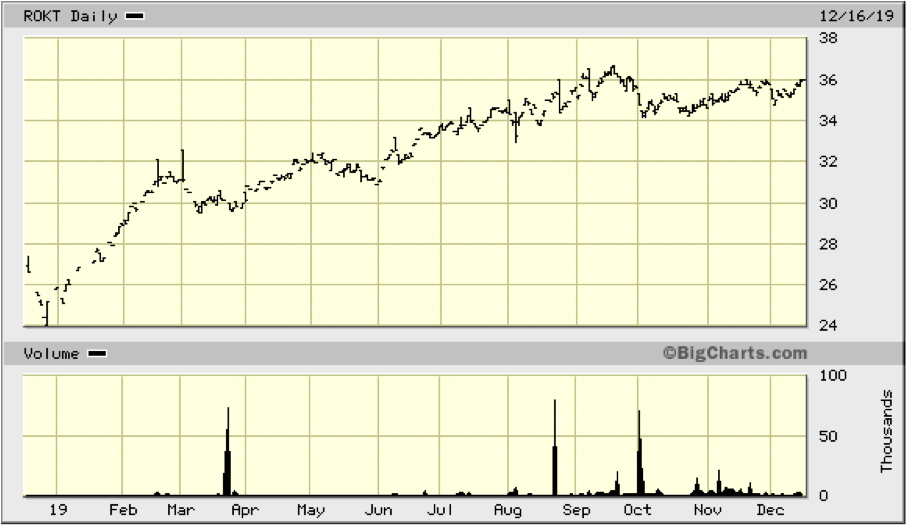 5. Coal stocks will also do well.

The world's cities are expanding by 75 million people a year. And coal supplies 40% of all power generated. It's the backbone of global electricity.

China, India, and Southeast Asia are all building out coal power plants. Add to this the growing number of electric vehicles (EVs), and the demand for coal power will continue.

Alas, coal stocks have done poorly, though they remain undervalued with large dividends. Sometimes the market will remain illogical more than you have money to wait it out.

6. A deal with China will send Chinese internet stocks soaring.

Chinese stocks are in a bear market, with internet stocks down over 30%.

China will make some sort of deal with Trump. This will in turn send the stock prices of Chinese internet companies like Alibaba, Tencent, and Baidu up sharply.

Alibaba was up 45%. Baidu was down 28%, and Tencent was up 18%. So the results were up overall but mixed. Also, we didn’t get a deal until very late in the year, and that deal was small. I’ll still call it a win, as it beat the market.

7. Amazon will break in three.

Amazon (NASDAQ: AMZN) is building two new headquarters so it can split into three companies.

Bezos will make the move to stop Trump from starting monopoly hearings.

Amazon will split into media (Prime) in New York, cloud (AWS) in Northern Virginia, and retail (Amazon) in Seattle.

A Cloudflare IPO at 35x revenue could add $611 billion to its combined market cap.

This did not happen, but it should. It was a loser call.

Tomorrow I am guest writing for the esteemed Keith Kohl in this very space. I will offer up my bold predictions on the market year 2020. Stay tuned...

3 Unlikely Energy Stocks Investors Are Overlooking
The death of the coal industry seems imminent, but that doesn't mean investors can't make some money. Energy and Capital editor Keith Kohl takes a moment to show readers a perfect set of investments hidden in the U.S. energy sector...
Hydrogen Fuel Cells: The Downfall of Tesla?
Lithium has been the front-runner in the battery technology market for years, but that is all coming to an end. Elon Musk is against them, but Jeff Bezos is investing heavily in them. Hydrogen Fuel Cells will turn the battery market upside down and we've discovered the tiny company that is going to make it happen.