Why I Love Nintendo

Like millions of other people, I'm very nostalgic for Nintendo, especially at Christmas. That's because this story, or some version of it, is quite common:

1986. Christmas morning. Under the tree, there was a giant wrapped box, tagged:

TO: Luke and Lance

My father told us we should open that one first.

Tearing into it revealed a giant robot head staring back at us. And we immediately knew exactly what was before us... 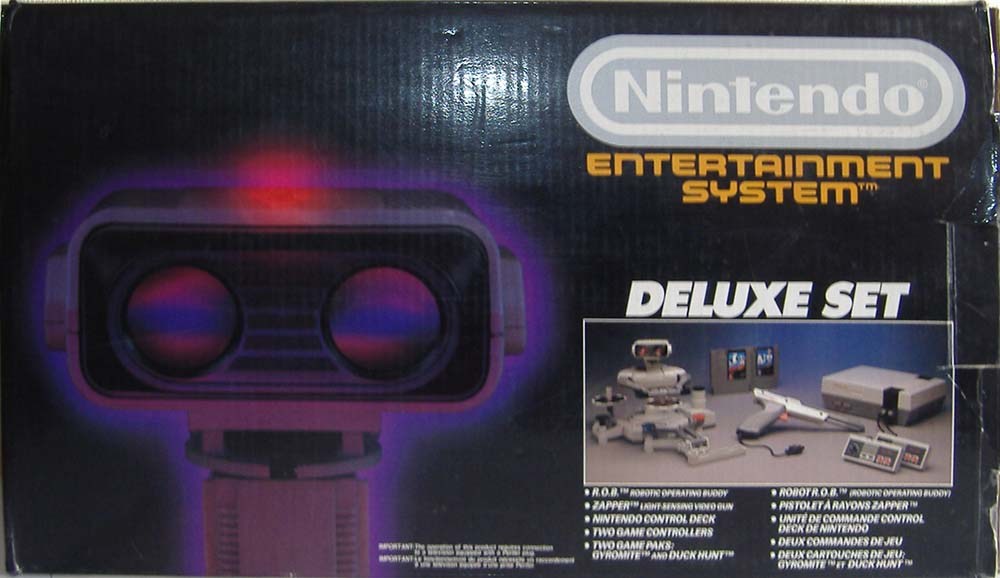 It was a Nintendo Entertainment System Deluxe Set, complete with a gaming console, two controllers, light gun, two games, and a robot to play one of those games with.

...It came with a robot to play games with!

Not that I didn't have my brother to play games with, but come on, it came with a freakin' robot to play video games with!

My eight-year-old mind was blown. My dad hooked up the NES to our TV (one of those old floor models encased in wood), and we quickly fired it up.

My brother and I spent hours that Christmas Day shooting ducks in Duck Hunt and playing around with R.O.B. the robot.

It turned out that the robot's use was limited. But that didn't really matter. The games themselves ended up being the best part of the Nintendo system.

The NES was the Red Ryder BB Gun of my childhood. “The greatest Christmas gift I had ever received, or would ever receive,” as the narrator in A Christmas Story put it.

So I'm very nostalgic for Nintendo. But I can see through my nostalgia to look at Nintendo as a company.

Nintendo actually has a very interesting and complex history. I highly recommend checking out some of the story. Here is a good place to start.

The short of it is Nintendo has proven itself time and time again as a leading market innovator surviving numerous hardships. Of course, the company has hits and misses like any other. But over the long term, Nintendo is a survivor.

Over the past several years, the company has struggled quite a bit with declining net sales. From Nintendo's 2009 to 2017 fiscal years, net sales fell by a whopping 77%. 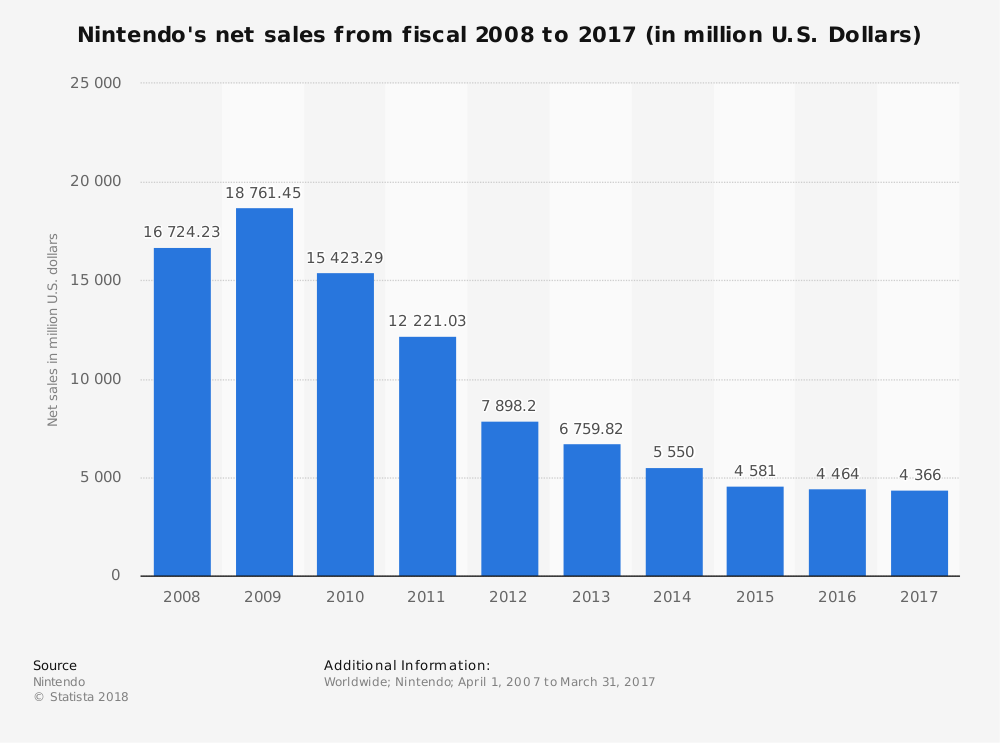 Some said the company was doomed. But Nintendo is quickly working its way out of financial troubles.

The company's 2018 fiscal year (which is already over) was a much better year for Nintendo. And quarterly revenues into the 2019 fiscal year have been increasing.

The release of Nintendo's latest system, the Nintendo Switch, has been very successful, and sales of the company's older 3DS units continue to sell at an impressive rate. Engadget.com wrote last week:

In case it wasn't clear already, Nintendo has completely turned things around from the failure that was the Wii U. According to data from the reliable NPD Group, Nintendo sold more than 8.7 million Switch consoles in the US from its launch in March 2017 through November of 2018, putting it on a faster pace than the other "current generation" consoles from Microsoft and Sony after the same amount of time following their releases.

The company has also proven it can remain relevant amid the shift to mobile gaming with the success of game titles like Pokémon Go. That game has generated over $2 billion in revenue for Nintendo. Back in August, it was reported that players were spending $2.5 million per day on Pokémon Go.

There are a lot of reasons to invest in Nintendo. That's why I also love the company.

Right now, Nintendo is valued at $32 billion, with no debt and almost $8 billion in cash sitting in the bank. And despite increasing quarterly revenue, share prices have taken a hit over the past six months. 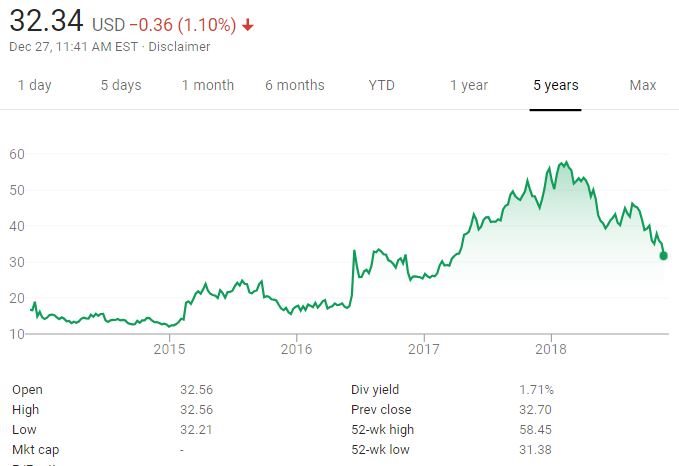 Nintendo is a Japanese company, but it has an active ADR listing, NTDOY. Broad market fears and recession calls might continue to pull down Nintendo's share price. But it seems that Nintendo is back on the rise. Investors should take a look.