What 5G Means for Manufacturing

The next generation of communication technology is here. 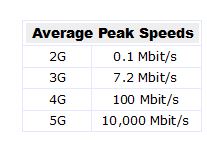 The Consumer Technology Association says 5G will allow you to download a two-hour movie in just 3.6 seconds, versus six minutes on current 4G networks.

But 5G is much bigger than just faster movie downloads...

In manufacturing, 5G is already being implemented and experimented with in efforts to improve efficiency, prevent maintenance, and generally lower costs associated with the manufacturing process.

Jonathan Wilkins, director of global machine supply firm EU Automation says, “The technology could bring about a fundamental change in how manufacturers operate.”

The factory of the future, so-called "smart factories," will employ technologies like artificial intelligence (AI), robotics, analytics, big data, and the Internet of Things (IoT) and will be able to run mostly autonomously with the ability to self-correct.

The concept of the smart factory has been around for quite some time. But technology and connectivity limitations have held back development. Until now.

Wilkins explains, “Although 3G and 4G offered incremental improvements in speed and bandwidth, 5G will be the first cellular, wireless platform to offer reliable machine-to-machine and Industrial IoT systems.”

These machine-to-machine systems Wilkins is talking about are going to be the digital infrastructure of tomorrow’s smart factories.

It will allow for much faster upload and download speeds than current networks.

But 5G networks will also be able to handle much more traffic than their predecessors — up to 10,000 times more!

Think about the connectivity speeds of 4G as a waterfall. 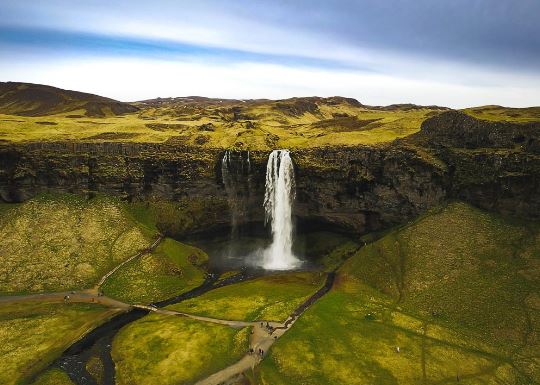 5G will increase the speed of the water coming over the cliff by at least 100 times.

If the stream of water from a squirt gun is 4G, the blast coming from a fire hose is 5G.

The ability to handle more data traffic is vital to the future of smart factories. 5G provides the connectivity parameters needed for reliable automated systems of the near future. Wilkins raves, “There is no doubt that 5G will revolutionize manufacturing as we know it.”

5G technology is already being experimented with in factories all over the world.

Heating and hot water products manufacturer Worcester Bosch claims to have been the first manufacturer to implement 5G networks. The company says 5G communications helped prevent maintenance and provided real-time feedback that was able to solve problems before they happened.

Carl Arntzen, CEO of Worcester Bosch, explains, “We are using this innovative 5G testbed to pioneer secure Industry 4.0 use cases in the areas of Preventative Maintenance and Robotics to drive productivity. These require large numbers of sensors and high network availability hence our interest in 5G.”

Meanwhile, BMW and Chinese partner Brilliance Automotive have recently given an update on 5G networks being used at three plants in China. They say 5G systems have provided real-time data exchange, which has significantly streamlined the production process.

Johann Wieland, president of the BMW/Brilliance Automotive (BBA) joint venture, said, “5G is a ground-breaking technology with the potential to revolutionize industrial production. BBA is taking a leading role in testing the use of 5G and developing new innovations and procedures to improve industrial productivity.”

Early studies by the American Society for Quality have shown smart manufacturing has increased efficiency for 82% of early adopters polled. Of those surveyed, 49% reported lower product defects and 45% said they had higher customer satisfaction.

5G is expected to have a hugely positive impact for manufacturers and a significant windfall for global GDP. Qualcomm expects the transition to 5G will boost global GDP by $3 trillion, providing over 22 million jobs by 2035. That's the equivalent of adding an economy roughly the size of India.

5G is more than just fast!

It's the network of the entire future.

That's why guys like Chris DeHaemer have been sounding off on the investment opportunities.

Trillions of dollars are headed toward 5G. A report published in February by financial services firm Greensill Capital estimated $2.7 trillion will be spent on the rollout of 5G technology by 2020.

$1 trillion of that is needed just for infrastructure upgrades.

DeHaemer says, “5G is as close to a guaranteed winner as you can get. Every major company in the world is going to be pumping money into new 5G networks. It's not a fad. It's what's next.”

He means 5G isn't like many of the other hyped-up opportunities out there. Markets like cannabis, cryptocurrency, and meatless meat have limited consumer bases. Sure, lots of people smoke weed, love Bitcoin, and want vegan meat. But everyone is going to use 5G.

5G is the new standard.

And the fact is, you're really not going to even have any other option.

For most people, 5G is just another service provided by their cell phone carrier, like 4G is today.

And sooner or later, like 4G, 5G is the only thing that's going to be offered.

3G is still around, but it's quickly disappearing. Verizon says it will shut down all of its 3G networks by the end of this year.

Now, that doesn't mean you have to (or should) upgrade now. 4G networks will still be supported for the next several years.

But anyone buying a new cell phone or upgrading their plan is sooner or later going to be on the 5G network.

5G isn't something you're going to choose.

But 5G is not something you're really going to be able to choose. It's what's going to be offered.

That's what has guys like DeHaemer so amped up. 5G is a guarantee for investors.

DeHaemer has found a group of companies that control a major share of the infrastructure space that 5G networks are going to need. He says these companies control some 80% of the space major cell carriers like AT&T, Verizon, Sprint, T-Mobile, and others are clamoring to get their hands on.

DeHaemer says, “It's like they have a monopoly on the hottest real estate of the 5G future.”

Cannabis, crypto, meatless meat... they've all done great, and there are still opportunities for growth.

The 5G investment market is what you've been waiting for.

DeHaemer's 5G subsector and the companies he says have a stranglehold on the entire 5G market are laid out in a recent report published here.

If you're wise, this is something you're going to want to check out. Remember, 5G is much bigger than just fast movie downloads. Manufacturing, transportation, health care, defense, consumer electronics and appliances, agriculture, shipping and warehousing, education... all of these and more will see innovation from 5G.

International IT firm Teralink Solutions says, “The biggest impact of 5G connectivity won’t only affect the realm of smartphones. The Internet of Things (IoT) and Machine-to-Machine (M2M) infrastructure, for instance, have long been held back by the limited latency and download speeds of 4G.”

Over the next several weeks, we plan to bring you more regarding how 5G will transform our lives and how to profit from the transition. So please be on the lookout for that.

For now, I urge you to check out Chris DeHaemer's report here.