Don’t think for a minute that Trump hates Mexico.

I would go so far as to say that the president is a huge fan of the soon-to-be 51st state of the Union.

The simple truth of the matter is that when things go well for the United States, the one person who will take credit for it is the president — especially when a re-election campaign is ahead.

After U.S. oil output started exploding in 2008, President Obama wasn’t going to pass up the chance to score a political victory.

However, you and I both know very well that thanks goes to the independent drillers that finally unlocked the shale formula. As production swelled, the oversupply of crude is why gasoline prices dropped like stone.

Believe me, it wasn’t from a sudden flood of crude flowing out from federal land: 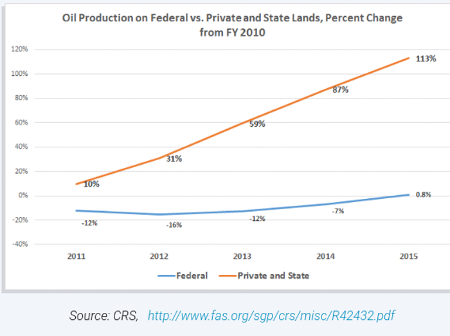 But hey, a vote IS a vote, right? If good news happens on their watch (no matter how unrelated to their policies), it's simply in a politician's nature to pander using whatever means they can.

And Trump knows this all too well.

When our oil and natural gas finally started making its way into global markets, some countries became addicted.

Mexico is one of the best examples of this.

Since 2010, Mexico’s thirst for U.S. energy has grown tremendously.

You can see for yourself that Mexico is growing increasingly reliant on our natural gas:

The same can be said for oil:

Trump is fully aware of this.

More importantly, he knows he can get away with the kind of incendiary rhetoric regarding the wall he plans to build... and how Mexico will pay for it.

Mexico’s ever-growing need for U.S. energy has made it one of our best customers.

That’s why President Trump didn’t have to worry about pissing them off... until now.

Now it’s his turn to panic a bit.

History has a knack for repeating itself

So when my colleague Christian recently hinted that he had uncovered something big, I took notice.

“Tell me what you see,” he grunted, peering over his monitor with a devilish grin on his face. I took one glance at his screen and saw this staring back at me: 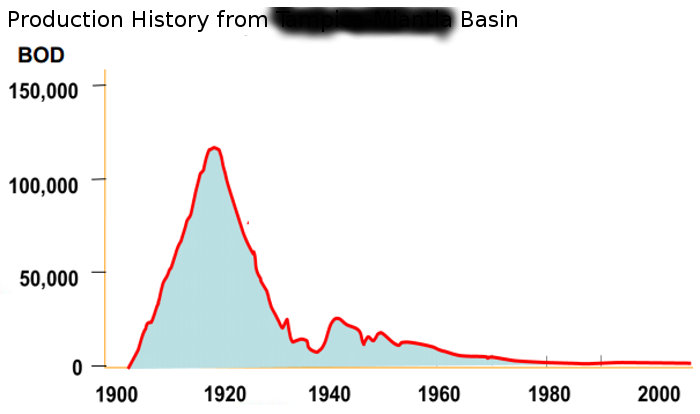 To be honest, it looked like a simple production chart from a mature oil basin that hasn’t had much luck since the Roaring Twenties.

Soon enough, however, things started to fall into place.

I was suddenly struck with an eerily strong feeling of déjà vu; it was almost overwhelming. I was back in North Dakota, and a cloud of dirt had kicked up around the beaten-down pickup we used to speed west out of Minot.

It happened well over a decade ago, before the Bakken became the darling of the U.S. oil industry. After I had learned about the potential of the Bakken, I knew I had to check it out myself.

Remember, dear reader, this was during a time when the now-famous Bakken Shale was still unheard of, a diamond in the rough waiting for the right people to tap into it.

What you may not know is that drillers had already tried — desperately — to extract crude oil from the Bakken as far back as the 1950s. They weren’t successful, lacking the right technology to get the light Bakken crude out of the ground at a profit.

In fact, some oil companies drilling in the Williston Basin actually used the Bakken as a last resort. If their primary targets didn’t pan out, companies would drill into the Bakken to recoup whatever cash they could.

You know how that story played out.

North Dakota now produces more than one million barrels per day and is a vital oil region for the United States.

The tiny drillers that took the chance to develop the Bakken into a world-class oil play made a veritable fortune for my readers.

“History is repeating itself, Keith, and it’s happening in the most unlikely of places,” he told me.

I regret every bit of it right now.

You see, while everyone’s focus (mine included) was fixated on the death of Cantarell, nobody paid attention to an oil play that has been long forgotten... except for Chris, that is.

More than 5 billion barrels that are still locked underground.

That is just the tip of the iceberg.

Industry analysts have categorized it as a “Super Basin,” yet the amount of unexplored potential could not only lead to a revival for Mexico’s oil industry, but also curb its need for U.S. crude.

We learned that with the United States and OPEC, didn’t we? As U.S. oil production surged, imports from OPEC members plummeted.

Today, Trump approved the construction of a new oil pipeline that would transport even more U.S. crude to Mexico.

And once drillers start ramping up production in this play, Trump will be in full panic mode.

A few moments passed as I kept staring at the chart Chris had showed me.

Then he showed me a tiny oil stock that I had never heard of before. Within minutes, I had my broker on the phone.

Don’t take my word for it. I want to show you his full investment presentation so you can check it out for yourself.