This Will Be Bigger Than the iPhone

This tech will soon take over the world...

I never leave the house without my iPhone. Without it I wouldn’t be able to communicate with friends, use my GPS, or check my bank account.

It’s impossible to imagine a world without smart phones, even though that was the world we lived in ten years ago.

Now Apple (NASDAQ GS: AAPL) thinks it’s found a new technology that will become more important than the iPhone, tech that we won’t be able to live without. 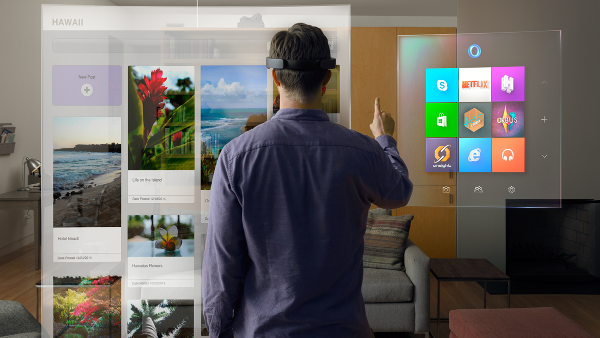 Apple CEO Tim Cook thinks that it will eventually become a part of our daily lives, as ingrained as eating three meals a day.

Apple is so dedicated to the tech that it has put a talented team together to work on AR. Bloomberg writes, “the group includes engineers who worked on the Oculus and HoloLens virtual reality headsets... digital-effects wizards from Hollywood… several small firms with knowledge of AR hardware, 3D gaming and virtual reality software.”

It’s possible that the iPhone 8, which is due to be released in fall of 2017, will have some features of AR within its new design, an innovation much needed since the disappointing release of the Apple Watch and the iPhone 7.

Tim Cook isn’t the only one who thinks Apple has a bright future. Warren Buffett just doubled his investment in Apple, making his shares worth over $18 billion dollars. Buffett, who has notoriously shied away from tech stocks, must see long-term value in Apple’s stock, and it’s possible that the AR advancements are part of his renewed interest.

EVs Driving Lithium to New Highs
Energy and Capital editor Megan Dailey explains how new competitors in the EV space are driving the lithium battery market to new highs.
Buffett's Biggest Renewable Investment
Berkshire Hathaway Energy just made a major deal. Energy and Capital editor Keith Kohl takes a closer look at the innovation that will finally put renewable energy on par with global energy demand.
What You Need to Know About the Changes to Buffett’s Portfolio
Energy and Capital editor Chris DeHaemer explains why Warren Buffett dropped his Walmart stocks and added Apple instead.
Hydrogen Fuel Cells: The Downfall of Tesla?
Lithium has been the front-runner in the battery technology market for years, but that is all coming to an end. Elon Musk is against them, but Jeff Bezos is investing heavily in them. Hydrogen Fuel Cells will turn the battery market upside down and we've discovered the tiny company that is going to make it happen.