There's No Quick Fix for the Water Crisis

We’re facing a crisis that’s been building for a long time.

Even within in the U.S., problems abound. Here in Baltimore, we’ve been dealing with the consequences for over a decade!

But fear not! There is a solution.

All you have to do is shut down your pipes. You’ll have to drink, cook, and bathe with bottled water. And as an extra precaution, you'll need to rip up your yard and replace it with gravel.

For the good of the world, you understand.

These may sound like extreme — if not comical — measures, but they're already a reality for people across the country.

I mean, not all water. Just the kind we need to consume to stay alive and well.

And in this time of crisis, the story of California's gravel yards stands as a cautionary tale to consumers and investors alike.

A report by Bloomberg Businessweek tells the story of a company called Turf Terminators, which did exactly what the title implies. For the low, low price of customers' water savings rebates, the company would tear up their yard, replace the grass with gravel, and install a few low-maintenance plants for some color.

Like many responses to catastrophic conditions in California's five-year drought, it seemed like a good idea at the time. 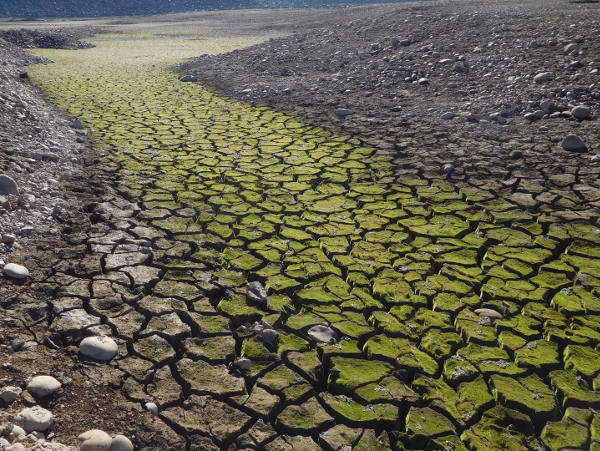 It all made perfect sense at the time. Rocks use up no water and could even direct rainwater back into the ground, where it would help replenish desperately thirsty aquifers. A winning strategy all around!

But the backlash came on quickly. As Bloomberg describes, people were immediately put off by their rocky lawns and quickly dying plants.

The issue? Rocks, indeed, do not soak up water like grass. But the gravel that was laid by Turf Terminators also didn't direct it down as it was meant to. Instead, the water sat on the rocky layer and evaporated.

What's more, the rocks radiated more heat back onto the plants, which dried them out and made them require more water, negating their original purpose.

Overall, the gravel yards did little to aid in California's water-saving initiatives.

In 2015, California officials designated $340 million in rebates for turf replacement in the state, every penny of which was claimed. Turf Terminators claimed about $44 million, nearly 13% of that money, and the popular opinion was that it was not money well spent.

The lesson is one that we as investors ought to be reminded of often: if it seems too good to be true, it probably is.

There have been any number of outlandish ideas suggested to solve the world's water crisis. It's hard not to want an easy answer to such a big problem.

Some solutions make perfect sense, but only on a small scale. Others make grand claims that are just outright unlikely.

The truth is that the solution is right in front of us. It’s just not an easy fix.

America's waterways are terrible. The last time they were tested, they received a grade of D+ from the American Society of Civil Engineers.

While the pipelines don't cause droughts, they do pose a number of other health hazards including leeching lead into clean drinking water or losing that clean water entirely to leaks.

Estimates from the American Water Works Association claim it will take about $1 trillion in the next 25 years to replace the country's water infrastructure, and that's only if we start now and keep it up. The longer we wait, the organization's recent report notes, the bigger the problem and the cost becomes.

That's not to mention the $384 billion the EPA expects will be necessary to bring the country's wastewater purification systems up to snuff.

So maybe you don’t have to lose money bathing in expensive bottled water or destroying your lawn. Instead, you could be making money investing in the real solution to the world’s water crisis.

Obviously there's no easy way to replace every old pipeline in the country. But at least it's a straightforward goal with a massive upside for water stocks.

Valuable stocks meshed with a crisis of this size? The answer couldn't be any clearer.

The company has a habit of beating earnings expectations, offers a consistently increasing dividend with a yield of 2.1%, and has recently gone on a streak of acquisitions to expand and improve its services.

The stock lost momentum halfway through the year. Investors lost interest much like the media stopped harping on California's drought or the lead pipe problem in Flint, Michigan. Neither of those issues has been resolved yet, by the way.

But AWK is working on it. The company offers services in 47 states and Ontario, Canada, and has invested more than $775 million into infrastructure upgrades as of last year.

As the crisis comes to a head, AWK and water stocks moving to fix the real problem are going to have the biggest benefits for investors.

At least the investors not still betting on gravel.

The Language of Lithium
If you don't think energy comes from lithium batteries, you're missing the point. And that could be costing you valuable profits...
Solar's Secret Metal Outpaces Supply
Energy and Capital editor Christian DeHaemer tells you why China's solar industry is driving silver prices. Many people think silver is the poor man's gold. It is much more than that.
Is the Market Ready to Crash?
Scientists say patterns please us. They reassure us that life is orderly, even though most of the time it isn't. Most of the time it's chaotic. One area where chaos exists is the stock market...Is the market getting ready to crash?
Clean or Dirty, Coal is Dead
Energy and Capital editor Keith Kohl shows readers one of Trump's biggest missteps from the debate. Donald suggested that the coal industry will reign for a thousand years. There's only one response to that...
Hydrogen Fuel Cells: The Downfall of Tesla?
Lithium has been the front-runner in the battery technology market for years, but that is all coming to an end. Elon Musk is against them, but Jeff Bezos is investing heavily in them. Hydrogen Fuel Cells will turn the battery market upside down and we've discovered the tiny company that is going to make it happen.