The Tesla of the Sea

It's already being called “the Tesla of the Sea”...

And this thing could to turn the entire boating and shipping industry on its head. We're talking a complete paradigm shift here.

Named the Silent 80, the vessel has 70 solar panels, electric motors, and uses the same type of lithium-ion batteries as Tesla.

This 80-foot yacht can accommodate up to 10 guests in five cabins, has room to hold an amphibious car and gyrocopter, and carries a price tag of $5 million. 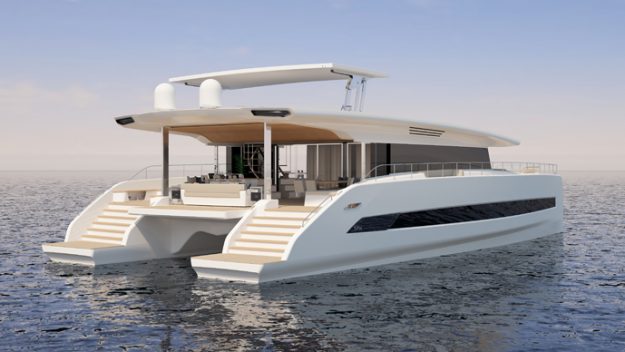 But here's the best part: With the solar panels, Silent Yachts says its new ship has an unlimited travel distance.

The company says the only reason to dock the Silent 80 is to restock food and other supplies. (There's also a backup generator on board just in case.) 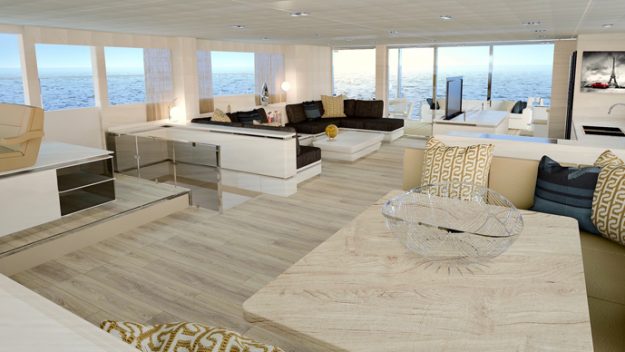 Now, most people (smart people) will tell you owning a boat is like owning a hole in the water you throw money into. There's a saying: The two best days of boat ownership is the day you buy it and the day you sell it.

Boats are a pain in the ass in general. Something is always going wrong. But the biggest pain is the cost of fuel.

Boat fuel, which is often the same fuel you'd buy at a regular gas station, costs more than double out on the water. So the Silent 80 promises to reduce one of the main costs of boat ownership: the fuel costs.

Now, to the recreational seafarer, that's good news. But to businesses who use ships to transport goods, solar-electric ships could be a game changer.

The biggest cost for shippers is also fuel. So just imagine what this could do to the industry.

And the timing of this new vessel couldn't be better. In 2020, the International Maritime Organization (IMO) will implement a new regulation for a 0.50% global sulfur cap for marine fuels. This is a cap that the IMO has been lowering for a few years. And it has the shipping industry worried.

You see, low-sulfur fuel is much more expensive than the fuels being used now. So the industry is already expecting to pay more for fuel in the future.

The Silent 80 can reach speeds of up to 18 knots (20 miles per hour). But pilot the vessel at 7 knots or below, and the Silent 80 lives up to its name: it runs silently.

This is also a timely feature. Among other kinds of pollution in the oceans, noise pollution is becoming a greater concern. The U.S. National Oceanic and Atmospheric Administration says:

Rising noise levels can negatively impact ocean animals and ecosystems. These higher noise levels can reduce the ability of animals to communicate with potential mates, other group members, their offspring, or feeding partners. Noise can also reduce an ocean animal's ability to hear environmental cues that are vital for survival, including those key to avoiding predators, finding food, and navigating to preferred habitats.

To date, four Silent 80 yachts have been sold and are due for delivery in 2020. But due to rising fuel costs and the still-growing demand for green transportation, the company's technology is likely to spread to other businesses.

Save the Planet and Get a Fat Dividend
Energy and Capital editor Christian DeHaemer makes the case for why recycling plastic and supporting the Green New Deal does not, in fact, make you an environmentalist. The real way to support the environment has nothing to do with ending fracking...
A Tidal Wave of Oil Is Coming
Energy and Capital editor Keith Kohl shows readers where a quiet oil boom is taking place, why history is destined to repeat itself, and what investors can do to be ready...
Natural Gas 2.0
With the late-winter cold weather hitting a huge stretch of the United States right now, natural gas demand may have yet to peak for the year. Here's what that means for prices going forward...
Hydrogen Fuel Cells: The Downfall of Tesla?
Lithium has been the front-runner in the battery technology market for years, but that is all coming to an end. Elon Musk is against them, but Jeff Bezos is investing heavily in them. Hydrogen Fuel Cells will turn the battery market upside down and we've discovered the tiny company that is going to make it happen.