The Last Gasp of Coal

I know I’ve been saying that for years, but at this point, nothing short of a miracle would save the entire industry from the death spiral it is currently in.

Even Trump’s insistence that he can “save” the coal industry is little more than wishful thinking.

The industry is dead. That’s that.

Another nail was hammered into that coffin earlier this week, after the IEA reported that renewables accounted for more than half of new power capacity around the world in 2015.

So it’s time, you ask? It’s that moment the world’s been waiting for for the better part of a century?

Now, that’s not to say renewables aren’t making incredible progress. We learned this week from the Department of Energy that wind generation exceeded 10% in 11 states last year.

But there’s an important point you need to understand before you get too excited...

You see, the amount of electricity a power plant actually produces versus its potential capacity is called the capacity factor, and it’s different for every kind of plant.

Coal plants in the U.S. can usually reach about 70% of potential capacity. This depends not only on the age of the plant itself, but also on the quality of the coal.

Now, 70% isn’t ideal, but it isn’t bad — especially compared to solar and wind. 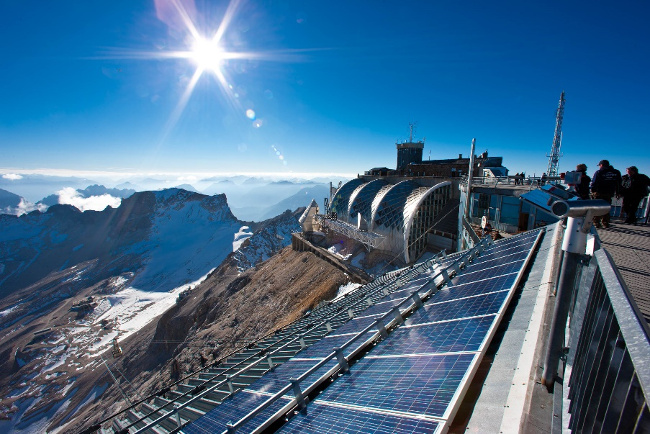 Solar panels are still a developing technology and have one major, unavoidable flaw: their power sources are uncontrollable and can be inconsistent.

We can’t go mining for better sunlight or drill into the ground and hope we find a gusher of good wind.

The Lawrence Berkeley National Laboratory released a study earlier this year that tested utility-scale solar installations for capacity and efficiency. It found that in even in the best possible conditions, with sunlight tracking panels that moved to get the most sun all day, the highest capacity factor still came in at just 34.9%.

That’s right: even the best of today’s large-scale solar can only reach half the generation capacity of a coal power plant.

But it’s impossible not to see this transition coming...

Solar and renewable technologies, as of last year, are also being installed faster than new coal, which should come as a surprise to no one who’s been keeping an eye on the energy markets.

After the COP 21 meeting last year, a majority of the world’s developed countries are working to decrease dependence on fossil fuel energy in an attempt to reduce the world’s carbon footprint.

Here in the U.S., we’re looking at a possible slow-down in installations, due mainly to the extension of the solar ITC and the wind PTC late last year. With a little more time to relax, new projects have been slow to start.

But the IEA expects the renewable industry to grow by 42% as soon as 2021, keeping its title as the biggest portion of newly installed energy production over coal. Worldwide, renewables are expected to account for 28% of all energy production by then, up from 23% last year.

The IEA also expects to see the cost per watt of both solar and wind energy decline. Even as capacity factors increase, low-cost adoption of renewable technology will keep prices from becoming prohibitively high once more.

The coal industry, on the other hand, is still in decline. The Energy Information Administration expects that with the growth of cleaner power production from renewables and natural gas, coal’s share of U.S. energy will continue to shrink.

The only ray of hope right now in the coal industry is coking coal, used in the steel industry, which is seeing some new gains as China reduces its domestic output and starts importing in bulk.

But as for the energy industry? We’re ready to say goodbye to coal for good.

Of course, we’re also aware that it’s going to take a lot of time and effort to cut coal out of the picture entirely. And renewables won’t be doing it on their own.

First of all, it’s clear that there will need to be some large-scale energy storage to go with these large-scale solar and wind installations. Until we figure out how to control the weather, we’re going to need a way to keep the power on when it’s not cooperating.

And in the meantime, we’ll continue to see natural gas taking the reigns as the biggest source of fossil fuel power. It’s not technically clean, but it does produce only about one-third of the emissions of coal power.

These three sectors — renewables, energy storage, and natural gas — will be the ones to watch in months, if not years, to come.