The Death of Death

Let's kick things off this week with a rather morbid statistic:

Your overall probability of dying doubles approximately every eight years. 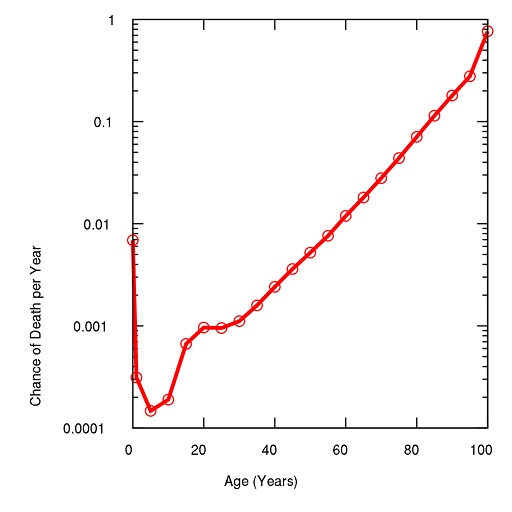 According to a mathematical phenomenon called the Gompertz-Makeham law, our bodies break down on a bizarrely predictable schedule.

You'll notice this particular graph maxes out at 100 years. Around this point, statistically speaking, we humans are all but guaranteed to kick the bucket.

But why exactly? What causes this breakdown to happen at the same time for everyone?

More importantly, how can we postpone it for a few more years?

What if I told you we’ve always lived this long?

Most sources will tell you that modern humans are living longer, healthier lives than ever. And while that may be true, it comes with an important caveat.

Take a look at the data for life expectancy throughout history: 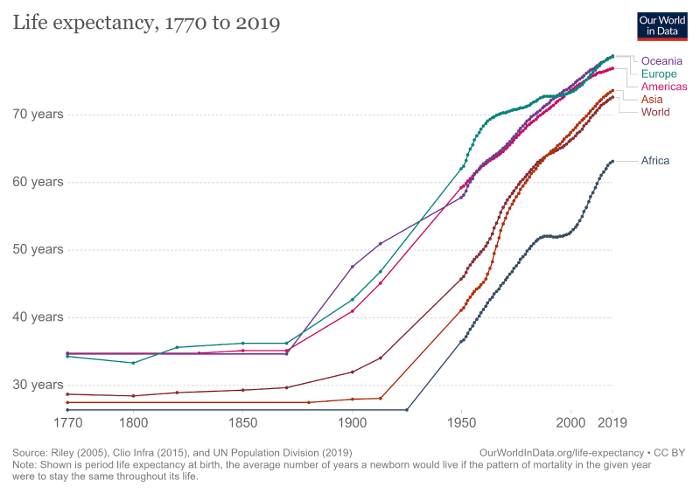 The numbers coincidentally started to increase around the same time we humans learned to wash our hands and stop dumping excrement into city streets — truly one of the prouder moments in human history.

Improved medicine and hygiene in the 20th century delivered humanity into a sparkling new age of health and cleanliness.

But was anyone really living longer?

Life expectancy is calculated based on an average across the entire population. Since more people overall were surviving into their 70s and 80s, the life expectancy increased accordingly.

Maximum life span, on the other hand, has remained shockingly stable throughout recorded history. 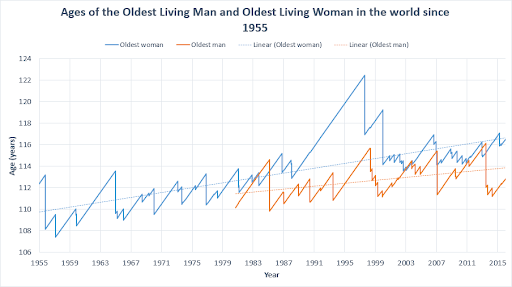 In fact, our earliest verifiable records show that some of the more stubborn humans have been making it past the 100-year mark for centuries.

So far, no human invention has managed to push back our maximum life span. Even top-tier medical care can only increase your odds of making it to the end.

Yet even with its 100% fatality rate, aging has resisted all of modern medicine’s attempts to cure it. Researchers have only recently managed to identify the culprit.

Like a bug buried in software, damaged DNA causes all nearby cells to go haywire. Without the instructions to replicate and repair the damage, important tissues and organs begin to break down.

Now, thanks to this once-in-a-lifetime development from a surprisingly small company, we could be close to solving that nasty bug once and for all.

In fact, we might even be able to reverse the cellular damage that has already been done.

Here’s how it all works…

Your Body Is Working Against You

In simplest terms, your body takes orders from DNA. These genetic codes provide instructions for how and when to build different cells.

During that time, countless generations of cells are created and replaced. For the first few decades, these “young” cells are perfectly healthy.

Then somewhere along the way, a molecular switch is flipped.

For reasons previously unknown to the scientific community, the genetic code itself begins to degrade and malfunction. This creates chaotic “zombie” cells that wreak havoc on any other nearby cells.

By stopping this damage and destroying zombie cells, researchers were able to slow and even reverse the signs of aging.

I don't just mean a quick facelift or Botox injection. This technology was able to eliminate signs of aging at the microscopic level.

It’s almost as if the test subjects were sent backward in time.

Don't just take my word for it. My colleague Keith Kohl has been immersed in the biotech sector, and his readers have been capitalizing from his anti-aging research for years. His latest report breaks down exactly how early investors in this technology can potentially turn $500 into as much as $1.5 million.

Yes, you read that right.

Now, as a premium member of our Energy and Capital investment community, you have access to all the details right here, absolutely free.