The Death of Apple (NASDAQ: AAPL)

"How much am I paying?" and "What am I getting for it?" are the two most important questions investors must ask themselves before making a purchase.

If the value is in your favor, you buy. If not, you walk away.

The concept seems simple enough. However, personal views on functionality can greatly skew the value and demand of a product or investment.

Rolex is my one of my favorite examples of this phenomenon...

To many people, the function of a watch is to tell time — and that's the end of it. A watch that costs $10k or more, therefore, is a terrible investment to this type of consumer.

But to others, a Rolex is a status symbol that is completely worth the cost.

Vanity can add significant value to a product, and this "vanity factor" affects the prices of the cars we drive, the liquor we drink, and the clothing we wear.

A fair amount of research supports the existence of a vanity factor. For instance, if you were to give two groups of people the same wine, but told one group that their wine was expensive, that group would perceive the wine as tasting better.

And if you were to ask a random sample of smartphone users to rate their attractiveness, iPhone owners would give themselves a higher average rating than would owners of any other phone. Likewise, an iPhone user is more likely to identify him or herself as "high-maintenance."

Of course, owning an iPhone doesn't make you vain; it's just that a higher number of vanity-driven consumers have been drawn to the product as a result of its function as a status symbol.

Originally released in 2007, the iPhone was the first mobile phone to use a multi-touch interface, setting the standard for the modern smartphone.

To get an idea of the leap that the iPhone took, take a look at the most popular selling smartphone in 2006: 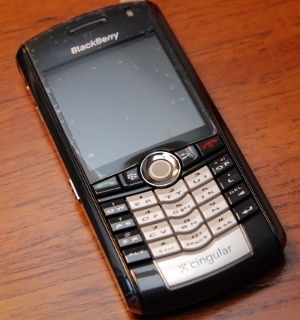 If you don't feel entirely comfortable categorizing the Blackberry Pearl pictured above as a smartphone, I am right there with you.

The fact is the smartphone as we know it today was defined in 2007 by the iPhone. By being the first company to penetrate the modern smartphone market, Apple was able to secure the iPhone as the Rolex of smartphones.

When Android initially entered the market a year later, it was viewed as a rip-off and a copycat. And despite Android recently capturing 79% of the global smartphone market, Apple's iPhone still wears the crown as the world's most popular smartphone.

There is absolutely no denying that the iPhone has had a great run.

However, Apple's flagship device is no longer the groundbreaking product it once was.

The truth is the iPhone has lost much of its vanity factor. You are no longer special or unique if you own an iPhone because everyone and their mother are carrying one, too.

And with the upcoming release of an economy version of the iPhone (currently being dubbed the iPhone5C), Apple will further remove itself from its already fading high-end status.

Simply put, Apple will need another flagship product — not just different versions of the iPhone — to remain relevant over the next five to ten years.

The reality is the growth opportunity in the smartphone industry has come and gone, and the next craze in consumer tech will be something totally different...

Five years from now, you will likely look back at the iPhone the same way you look at the Blackberry Pearl above. We will be dealing with a completely different kind of product. And Apple won't be the first to throw its hat in the ring this time.

Mark my words: The next big thing in consumer tech will be wearable computing.

There has been a consistent drive towards portability ever since desktop computers hit the market in the 1970s, and that trend is without a doubt going to continue.

It's important for us to remember that portability isn't strictly about size — it's about convenience of access.

When you can comfortably attach a computer to your body, convenience of access is about as high as you're gonna get...

Unlike smartphones, wearable devices such as smartwatches will constantly be visible. Not only will this provide a constant stream of supplementary marketing, but it will also attract droves of vanity driven consumers.

In the realm of smartwatches, this translates to a battle to become the Rolex of consumer tech — or better yet, the iPhone of watches.

There have been various attempts at the smartwatch over the past few years, but none of these have been able to accomplish what the iPhone did for the smartphone. The fact is smartwatches on the market today are merely fitness trackers and toys.

Portability is important, but only when it doesn't substantially sacrifice product features.

Samsung (OTC: SSNLF) is the first major tech company in line to produce a solid smartwatch, expected in September 2013, and it definitely isn't skimping on the features...

Below are a few features Samsung's smartwatch boasts, as well as their assumed implications.

With the iWatch not expected for release until 2014, Samsung will have a full year's head start on Apple, just as the iPhone had on Android in 2007.

From the time the original iPhone was released, Apple shareholders saw gains up to 712%...

If Samsung's smartwatch is equally well received, we can expect increased valuation not only in Samsung, but in the company's essential material providers as well.