Back in 1960, representatives from five countries met in Baghdad and changed the world.

Their goal was simple: to coordinate and unify petroleum policies among member countries in order to secure fair and stable prices for petroleum producers.

Together, they formed what we know today as OPEC.

The five founding members of OPEC — Iran, Saudi Arabia, Kuwait, Iraq, and Venezuela — were among the largest oil producers in the world at the time.

They knew full well the power they held, too.

And it didn’t take long for them to wield their resource like a weapon.

OPEC, which had grown to 12 member countries by 1973, placed an oil embargo on the United States, the UK, Japan, Canada, and the Netherlands; joining the embargo were also Egypt and Syria.

The move was strong enough to force the U.S. to the negotiation table.

Because, in the end, everything comes down to control.

And it just so happens that history is repeating itself... except this time it’s the world’s cobalt supply that is being weaponized.

Look, we can’t say we didn’t see this coming a mile away.

With more than half of the world’s cobalt supply being extracted in the Democratic Republic of the Congo (DRC), it was only a matter of time before they made their move.

Let me show you what just happened...

Last month, the DRC’s Senate passed legislation that raised taxes and royalties on metals like copper and cobalt. (Remember, approximately 98% of the world’s cobalt comes as a by-product of copper and nickel.)

But this was more than a tax hike.

Included in the legislation was a “50% super profits tax,” which occurs if a commodity’s price rises by 25% above levels included in a project’s bankable-feasibility study.

In other words, the DRC is about to take the world’s largest mining companies to the cleaners.

And this is just the beginning...

Keep in mind just how critical cobalt is to today’s batteries: 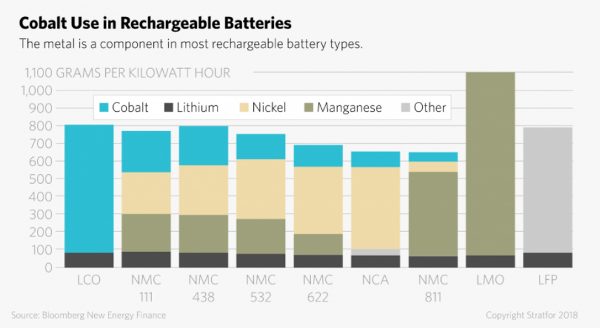 Cobalt demand is expected to increase fourfold during the next 12 years!

Now, take a second to close your eyes and picture another scenario.

This time, imagine what would happen if the DRC takes things to the next level and re-nationalizes its natural resources.

The same thing took place in the oil industry several times in the past, whether it was the Saudis wresting control away from Big Oil or Venezuela seizing control of all assets owned by foreign oil companies.

We know how that turned out, don’t we?

Now, I’m not suggesting that the DRC pull off a stunt akin to that of OPEC’s oil embargo in 1973.

It will, however, gouge anyone with the need for cobalt.

That alone could spark a supply crisis.

If that doesn’t press the need for more players, I don’t know what would.

In the coming years, that’s precisely what we’re going see.

Most folks also don’t realize there are more options than mining giants like Glencore (LSE: GLEN).

And it's pinpointing these up-and-coming cobalt producers — the ones that will help move global supply away from the DRC — that will yield enormous gains for early investors.

Well, we found the right investment in my Pure Energy Trader newsletter, and it’s still not too late for you to join the party.

In fact, our cobalt stock won’t be trading for $2 much longer, especially as the DRC tightens its grip on the world’s cobalt supply.

I recommend you take just a few minutes and check out the details behind this must-own stock right away.