Don’t worry, I hadn’t either until recently.

I have a feeling that name will ring a bell, however, once you go to purchase your next smartphone, or perhaps decide to take the plunge and join the EV revolution.

When you do, they’re going to come with a higher price tag.

First, you have to understand that Joe is in a unique position.

He happens to be the one guy on Earth who can actually screw Apple and get away with it.

Back in 2006, Kabila was elected President of the Democratic Republic of the Congo.

As you and I are fully aware, the DRC is far and away the world’s largest supplier of cobalt, accounting for nearly 60% of global production.

It also holds more cobalt reserves than anyone else — roughly 3.5 million tonnes.

To put a little more perspective on that, keep in mind that the rest of the world only holds about 1.2 million tonnes.

So, you can understand why Joe can get a little cocky over this critical resource.

And this week, Kabila made a decision that will throw the global cobalt market into chaos.

Thing is, there’s really only one winner in this resource war: us.

One by one, the world’s largest tech and auto companies are coming to a frightening conclusion.

They’re starting to realize just how important cobalt is to their future success.

And it turns out that securing their supply of this crucial metal in particular will determine whether the company will flourish or if it’ll be filing bankruptcy.

Hey, at least we can’t say we didn’t warn them.

Thing is, the cobalt crunch is about to get much, much worse for Apple and friends.

President Kabila is poised to make some dramatic changes to the DRC’s mining code.

Now, you would think that massive mining companies like Glencore would be the most upset over the changes, which, as the Wall Street Journal reported yesterday, “scraps protections for companies from unfavorable changes to mining laws for the first decade after signing a license.”

I told my readers more than a month ago that these changes were going to cause cobalt prices to surge.

Yet it gets even worse for cobalt producers.

And it comes down to a huge 50% tax levied on what the DRC considers “super profits.” This is simply any commodity where the price has risen by 25% or more above a project’s feasibility study.

Here’s a look at how cobalt prices have moved over the last 12 months: 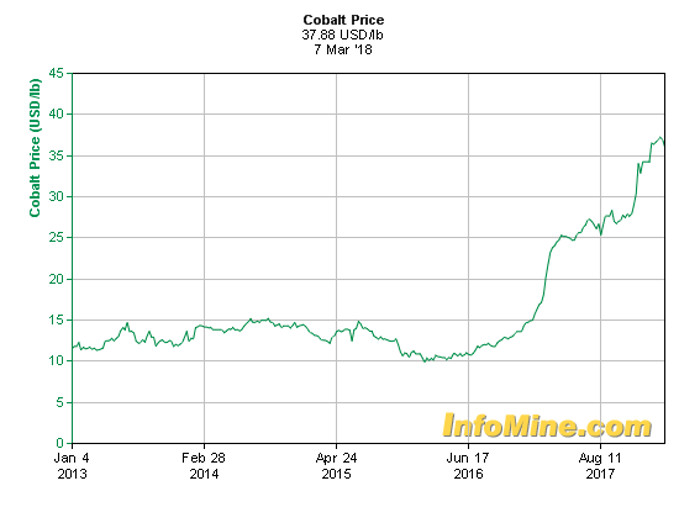 Trust me, there’s a reason Tim Cook is sweating profusely.

Choose Your Side Wisely in this Resource War

Apple shipped 46 million units during the fourth quarter of 2017.

As you can see, the $900 million tech giant has been quite busy building its empire over the last decade: 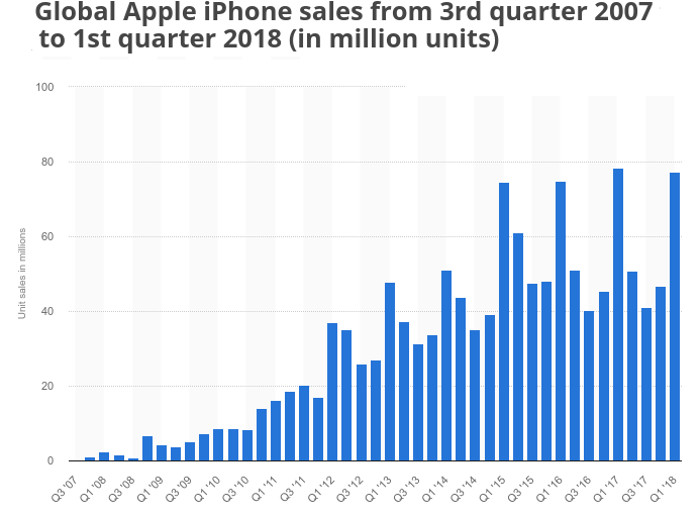 This is where things get scary.

If we assume roughly 10 grams of cobalt are used in the iPhone, that means Apple needed more than 6 million ounces of cobalt to sell the 170 million units it did in 2017.

You can understand why the company is now negotiating directly with miners for a long-term cobalt supply deal.

Apple won’t be the only one, either.

Let’s call it the “Apple Effect,” because it’s only a matter of time before the rest of the major tech and auto players — all of whom are desperate to secure their own cobalt supply — start seeking out similar deals.

And yet Tim Cook has it easy.

Elon Musk, on the other hand, not so much.

There’s approximately 22.5 kg of cobalt in a Tesla Model S.

So you have an idea of how much cobalt Tesla will needs to secure if it ever plans to reach its goal of producing 500,000 Model 3s per year.

You can see why I’m so bullish on cobalt prices going forward.

There is a guaranteed winner in all of this.

Even though Kabila is in full control of the world’s cobalt supply, he won’t be the only store in town down the road.

In fact, I can show you a small company right now that’s moving forward with the only late-stage cobalt project in North America today.

Not only is it flying under Wall Street’s radar, but you can own your own piece of the pie for less than $2 a share — for now.

I want you to check this one out for yourself.

You can find out all the details right here.