It doesn't ring a bell, does it?

I’ll even let you cheat a little and give you a picture of it: 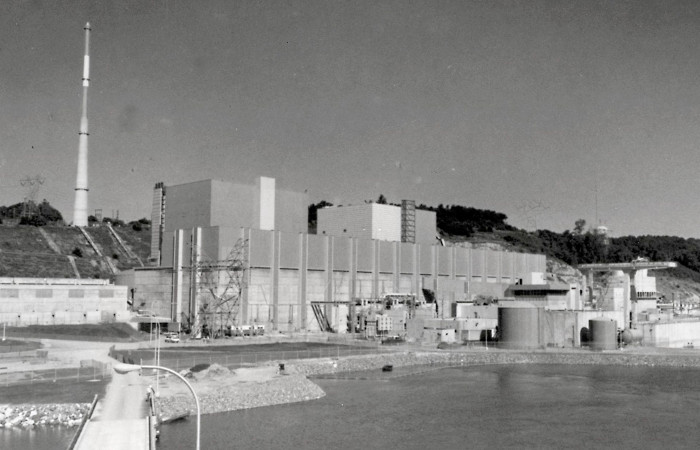 Nothing jumps out immediately, even from a good, hard look at this unassuming power plant. I only discovered this hidden piece of history myself a few years ago, so I won’t blame any of you who are still drawing a blank.

Peach Bottom 1 was a special kind of power plant that was built more than 60 years ago in Pennsylvania. Unit 1 at the plant was a helium-cooled, graphite-moderated reactor, which operated between 1966 and 1974.

After 1974, two boiling-water reactor units were brought on line. Not only do these two units still run today, but they will continue running well into the 2050s.

Although we may be new to this story, someone else has had their eyes on Peach Bottom 1 for a long, long time.

It’s little clues like Peach Bottom 1 that can guide individual investors like us toward the kind of opportunity that comes along just once in a generation.

And it all revolves around the fact that China's coal industry is doomed.

How to Take Advantage of China’s Nuclear-Fueled Future

I’ll confess that when I normally talk about the death of the coal industry, the last place I'm thinking about is China.

Usually it’s right here in the United States. Ever since our coal industry was decimated by a flood of cheap natural gas out of areas like the Marcellus, coal companies have struggled desperately to survive.

And that’s not to mention the stark realization that our coal-fired plants are reaching a critical age. Most of them were built more than 30 years ago, with more than one-quarter of our plants older than 40 years.

You can understand why that’s a problem when the average life span of a coal plant is about 45 years.

But China is different.

The Middle Kingdom has one huge advantage over our coal industry.

So would it be shocking to hear that China is preparing to replace its coal industry with nuclear power?

It was for me.

Look, no source of energy on our planet comes without a hitch.

No, the world’s nuclear industry has its own share of hurdles to overcome.

And I’m referring to something other than the nightmarish stigma of mushroom clouds and full-blown meltdowns that tend to permeate into the investment herd.

I’m talking about fuel and waste.

Thing is, it’s no coincidence that China is tackling the latter issue.

Of course, these are the very early stages of achieving China's true nuclear ambitions.

China announced this week that it successfully carried out a new disposal method known as “nuclear waste vitrification.” Essentially, it mixed liquid nuclear waste with glass and heated it to temperatures over 2,000°F.

Keep in mind that this was a first for China.

You see, China understands that if it has any chance of achieving carbon neutrality over the next few decades, the country will have to rely heavily on nuclear power; this includes dealing with the huge hurdle of disposing of nuclear waste.

Look, China knows it has to start shifting its energy mix from coal to nuclear power.

And despite the youth of its coal power plants, the country is actively looking to convert those coal stations into nuclear plants.

This week, China’s first High-Temperature Reactor Power Module (HTR-PM) plant attained a sustained reaction. This is similar to the technology we utilized at Peach Bottom 1, and it could be hooked up to the grid before we ring in the new year.

More importantly, this will only be the first of many coal burners that China has plans to replace over the next few years.

Mark my words: That will be the beginning of the end for China’s coal industry.

Here in the United States, our decrepit coal plants also hold a potentially massive upside value when you consider that each of those sites could be viable for small modular reactors.

But I’m not here to tell you to stock up on shares of Exelon, which commands a market cap of nearly $50 billion right now.

My readers know that the real opportunity isn’t in building tomorrow’s nuclear reactors — it’s in fueling them.

Let me show you exactly how they’re profiting from it right now.