Very few things are as uniquely frustrating as a bottleneck. Traffic, endless lines at the DMV, and slow service at a restaurant are just a few examples that come to mind.

It's not just the slow service that gets me — it’s the inefficiency of the system itself. The wide-open roads that flow at a comfortable highway speed only make the inevitable slowdown worse by comparison. 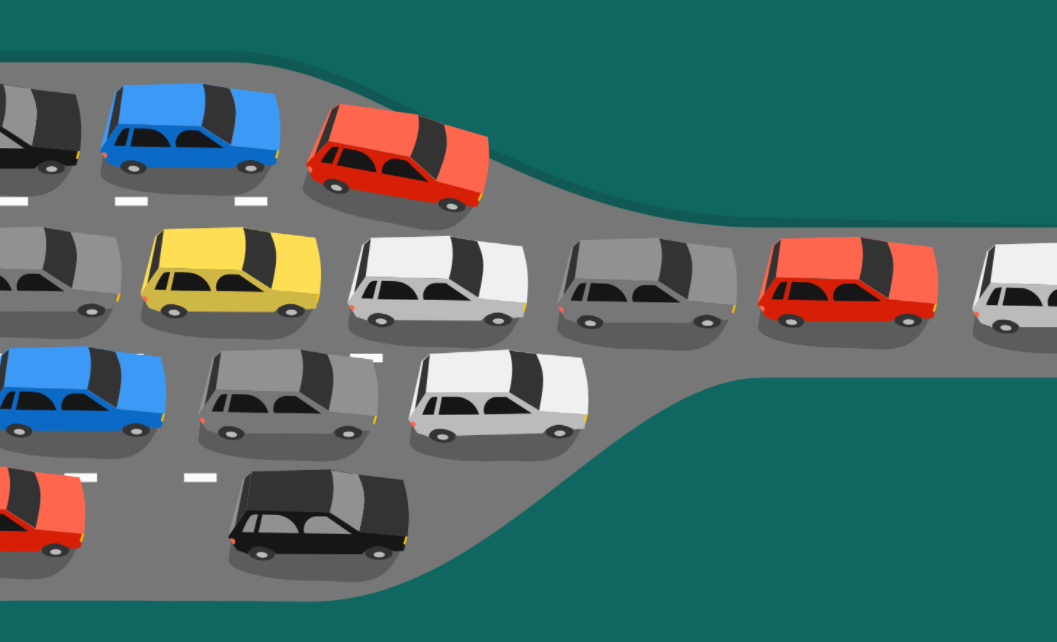 Whether it’s a poorly designed merge lane, an overbuilt city district, or a hot spot of traffic from an event, a single squeeze point can shut down miles of highway.

Luckily for the general public, most of the bottlenecks we run into have a pretty low chance of killing us. Driving can be dangerous, sure, but each traffic jam isn't potentially putting thousands of sick people at risk.

Right now, there is a bureaucratic gridlock threatening the integrity of our entire medical system.

And it's happening in complete silence.

Not a single media outlet is even bothering to mention how bad the congestion is getting. If my fellow editor Keith Kohl hadn’t pulled me aside and warned me, I could have easily missed it as well.

Honestly, if you're lucky, you might never need to hear about this situation at all. That is, as long as you and your loved ones never plan on getting sick in the future...

Like any dirty secret in the financial world, the insiders are the first to know.

It’s tough to be on the outside, but clues can always be found if you know where to look. It’s the only way individual investors like us even have a shot at playing with the big dogs.

Executives at major medical companies are keenly aware of this bottleneck. In fact, it probably won't surprise you to hear that they play a role in causing it. They have the power and influence to manipulate the system from the inside.

Is it unethical? Absolutely.

But is it profitable? You better believe it.

One of the biggest offenses that's come to my attention recently is a scheme that is nothing short of Medicare fraud. Massive corporations like Merck, Bristol-Myers Squibb, Roche, and AstraZeneca are all guilty of exploiting the very same bottleneck that prevents patients from getting the care they need.

As you may know, the FDA’s medical clearance process is incredibly rigorous. Years of study take place before a drug makes it anywhere near a living patient.

Once it gets the first green light, human clinical trials can take a decade or more to prove the treatment works as intended.

For the most part, private companies rely on taxpayer funding for drug development. It’s usually a win-win: The company gets funding and the citizens get new medicine.

But when the treatment fails to live up to expectations, it's always the taxpayers who are caught holding the bag.

At this point, drug developers have the process down to a science. They stretch trials out as long as possible, even with the knowledge that the treatment is junk. The company soaks up as much money from the government as possible and then simply walks away and starts the process again.

A team of researchers from Harvard University and London School of Economics and Political Science pointed out that from 2017–2019, a grand total of 10 Medicare-funded FDA approvals were rejected. And these things aren't cheap.

These blunders alone cost the Medicare program $569 million over three years. And what's even more egregious is that they took up valuable space in the system that could’ve been used for something that actually works.

In this case, the FDA approval bottleneck is allowing worthless medicine to take up priceless pipeline space.

The years of hoops and red tape involved have essentially created a medical breakthrough bubble, and it's about to burst.

When the Pipeline Clears, the Flood Will Come

Since I’m sure the FDA is tired of losing money to scam artists, it recently decided to throw some Drano through its aging, mismanaged pipeline.

The emergency approvals that the FDA was dishing out during the beginning of the pandemic turned out remarkably well.

And finally, after decades of traffic jams, it's looking like the highways will clear up.

So far, officials have been tight-lipped regarding the details of this upcoming transition. Any government entity of this stature is bound to keep any important details under wraps.

But based on rumors we’ve followed since the beginning of the pandemic, the FDA is planning something big. It has a backlog of impatient drug manufacturers beating down its door, waiting for a chance at approval. And it’s going to take a lot of digging to weed out the scam artists like those mentioned above.

Thankfully, that's exactly what my colleague Keith Kohl has spent the last few months doing. He’s done the legwork, made the calls, and scoured the web for trial results. And the information he uncovered was frankly unbelievable, even for a veteran of the biotech industry.

There is an estimated $125 billion in potential discoveries just taking up space in a queue, waiting for the bureaucracy to catch up.

And the best part is that there is a massive opportunity right around the corner, just waiting for investors to catch on. You see, Keith uncovered a floodgate of new drug approvals that the FDA has bottled up since the beginning of the COVID pandemic.

When that dam bursts, the individual investors like us who were savvy enough to get in early will reap a whirlwind of biotech profits as the pandemic wanes.

I strongly urge you to watch his investment presentation for yourself.

It could be one of your last chances to get in before Wall Street catches up to us.