Have you ever heard of the Methane Pioneer?

Don’t feel bad if you haven’t; you’re not alone. In fact, I would argue that few people could tell us what it was and even fewer could explain its unique place in history.

The Methane Pioneer was a ship that started out as the Marline Hitch way back in July 1945. Only about 215 vessels of this type were built in the years following World War II. It was used as a simple cargo hauler for more than a decade, sailing under several different names for more than a decade.

Stevedores in various ports around the world have known this ship as the Marline Hitch, the Don Aurelio, and even the Nomarti.

Everything changed once it became the Methane Pioneer.

You see, this ordinary cargo ship was sent to Mobile, Alabama, where it underwent a radical transformation in 1958. At the time, Norgulf Shipping Line had decided to convert the ship into a tanker, thanks to a little monetary help from the U.K.'s Gas Council. 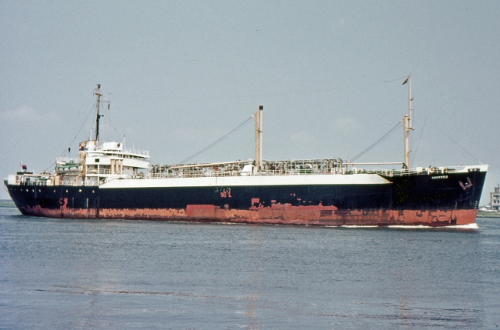 The Methane Pioneer’s first journey was one for the history books. It wasn’t a particularly long journey, taking just 27 days to cross the Atlantic and arrive in England.

However, the cargo it held was the first of its kind.

You see, the Methane Pioneer was converted into the first LNG tanker in the world.

It was able to hold up to 32,000 barrels of liquefied natural gas and continued shipping LNG for the next 13 years.

You can understand why the Methane Pioneer’s become a forgotten piece of lore in history — the global LNG market didn’t really take off until recently.

Now the global LNG trade is turning red hot, and it’s just in time for a brewing energy crisis.

To give you an idea of how much of a game-changer LNG has been, it’s important to remember that global gas markets are traditionally regional. This is due to the fact that natural gas is typically transported via pipeline.

In Europe, the chance to buy LNG greatly reduces the region's dependence on Russian gas. Although Putin insisted that he wouldn’t dare weaponize Russia’s gas supply, at this point does anyone really believe him?

If you do, just ask the Ukrainians how they feel about that pledge. Some of the veteran readers in our investment community might remember when we talked about the last time Russia weaponized its natural gas.

This time, Europe is in a bit of a panic as winter looms. In fact, Europe is entering winter this year with far less natural gas than usual. Usually its gas storage is at around 92% capacity, but right now it’s only sitting around 71% full.

Thanks to tankers like the old Methane Pioneer, though, Europeans aren’t as frightened anymore.

Back in 2015, I told you that LNG exports from the United States would play a vital role in the years ahead, all thanks to a massive supply of cheap natural gas being extracted in areas like the Appalachian region, where drillers are churning out about 25% of the United States’ gross natural gas production.

Thanks to a surge in U.S. LNG exports over the last six years, the U.S. has become Europe’s largest LNG supplier since 2019.

During the first quarter of this year, we were supplying the EU with nearly one-quarter of its overall LNG imports, or roughly 17 billion cubic meters of LNG.

The problem is that the EU isn’t the only market that lusts after LNG.

Growing demand for natural gas isn’t the biggest part of this crisis, and next week we’re going to delve into why the Biden administration is caught in a catch-22.

The smart money is already putting its cash into position. Let’s make sure we beat them to the punch.