And Chile gains a renewed source of income.

Just last week, we learned that Chile is opening its lithium supplies to new production companies in order to bring some new capital in through the booming market.

It's no wonder companies are already taking the country up on its offer: Chile is the world's second-largest lithium producing country.

Over 70% of the world's lithium is held in Chile, Argentina, and Bolivia. This means all three are likely to see a boom in business as lithium demand takes off.

In Chile, we already have a taker: the well-established Rockwood Lithium. 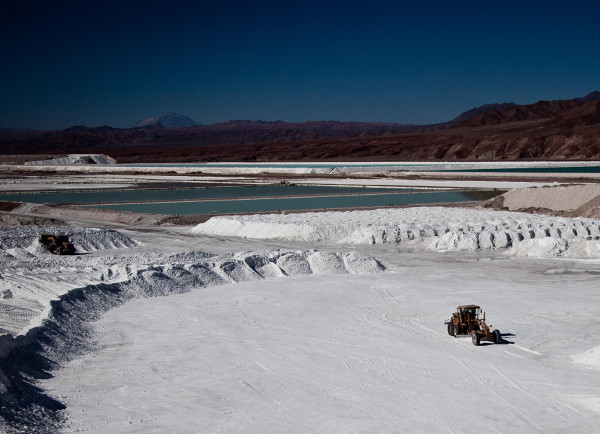 Rockwood is already a major name on the lithium market. The company produces and markets a variety of lithium and chemical products worldwide.

Rockwood is even already operating in Chile's Salar de Atacama, the country's largest salt flat. But this new deal, signed with an economic development agency called Corfo, will expand the business opportunities for both parties.

For Rockwood, the benefits will come with the increase in production. The company claims the new operations “will double the production of the metal.”

This includes a near tripling of the company's high-grade lithium carbonate, the kind used in consumer lithium batteries, as well as 5,000 tons of new lithium hydroxide production.

This kind is used in lubricants, high-grade air filters, and ceramics. The supply will come from the northern area of the Atacama in Chile's largest saline deposit.

The company expects to invest as much as $600 million in the project through 2020.

Chile will be seeing some benefits of this deal as well: Rockwood will be adding between $70 million and $100 million to its current annual mining royalties, income tax, and commissions costs.

These numbers come from Chilean Economy Minister Luis Felipe Cespedes, who claims the charges include commissions of 40% for lithium and 20% for potassium.

Smart money is already taking what it can get from the valuable metal market.