As it turns out, yesterday’s inaction leads to today’s war. To be completely honest, I’m surprised Putin didn't cross this line years ago.

During his equally illegitimate annexation of Crimea back in 2014, the international community was almost totally silent. A few even supported it.

Well, the Russian dictator’s latest episode was too much for his legion of apologists to stomach. Within hours, the country became an international pariah.

No-fly zones, financial sanctions, and total disbarment from the SWIFT financial system is wreaking havoc on Russia's already-struggling economy. The Ruble is in free fall, and Russia is becoming an inhospitable place to do business. 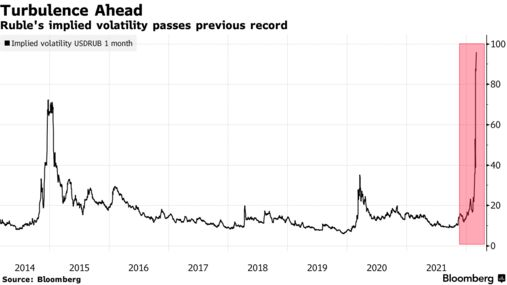 It doesn't take an economist to see that this isn't sustainable. It reads more like an aging megalomaniac at the helm of a failed empire making one last-ditch effort to stay afloat.

Ukraine is valuable land, especially by Russian standards. Geographically, it’s a gateway to the rest of Europe. Ecologically, it doesn't have the same uninhabitable frozen marshland that makes up the bulk of the Motherland.

According to Putin’s in-house propaganda machine, the invasion of Ukraine is a glorious liberation crusade to free their fellow oppressed Russians from a Nazi regime. His endgame is to resurrect the Soviet Union, since it worked so well the first time.

It’s impossible to tell if Putin actually believes this or if it’s just a convenient scapegoat. Nothing would surprise me at this point.

But either way, this was a VERY risky operation.

It’s hard to imagine that this was intentional. Russia has been through a few financial crises since the dissolution of the Soviet Union, but this one tops them all.

Economically, the country has been wounded. But socially, the Russian government may never recover from this. Putin’s aggression is so egregious that even war-shy Germany is calling for the creation of a European defensive army.

This risky investment is inexcusable and morally bankrupt, but he believes it will pay off — and he’s apparently willing to drag Russia down along with him.

That’s either a testament to Ukraine’s value or Putin’s insanity.

What Does Putin REALLY Want?

We’re giving him the benefit of the doubt for a minute and assuming there is an economic motive here.

Ukraine is quite literally the world’s bread basket. Its fertile plains supply around 15% of the planet’s total wheat and corn supply. Together with Russia, the region also produces close to 7% of the world’s sunflower oil.

Ukraine also produces a huge amount of the world’s neon gas, something the struggling semiconductor industry desperately needs. Any instability within the country immediately translates to higher global prices.

Those are two industries that a crumbling nation would love to have. Controlling a critical part of the semiconductor supply chain would give Putin the global relevance he so desperately craves.

And based on the videos of hungry Russian soldiers abandoned in Ukraine, a little extra wheat production could go a long way. 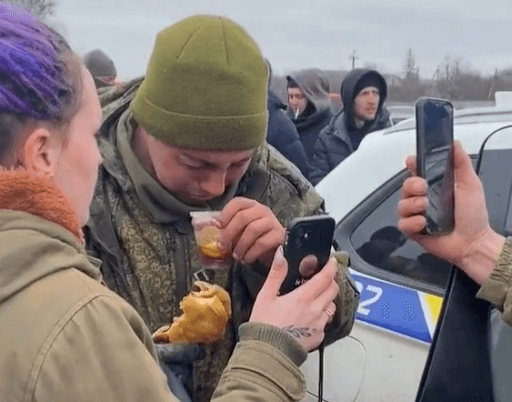 We can already tell that this invasion is not going to pay off. Putin is already deep in the red and showing no signs of slowing down.

All we can do is sit back and watch the train wreck unfold.

In any other circumstance, I’d be arguing in favor of taking the risky option — but never when it involves human lives. Putin has officially crossed over into Mad King territory.

In the market, however, taking a coordinated risk can turn small sums of money into quintuple-digit returns.

The key word there is coordinated. Taking risks without understanding the situation is a great way to watch your money evaporate.

Most investors try to achieve balance. It’s probably the most commonly touted advice among brokers and analysts. A healthy mix of bonds, mutual funds, and stocks in various sectors is the tried-and-true method of the smart money.

I can’t exactly argue against that. A diverse portfolio is definitely a safe way to eke out modest returns over a lifetime, but it's hardly a recipe for a windfall.

My colleague, stock analyst extraordinaire and Naked Trades editor Sean McCloskey, has effectively cracked the code on how to turn the stock market on its head.

Take one of his recent trades, for example. Sean entered a trade in a little-known coffee shop stock called Starbucks for $86 on July 16.

That’s far from the only head-turner in his portfolio. Some trades have even cracked 1,000% returns in under a month!

In this system, timing is everything. Being too late — or even too early — can be the difference between a gain and a loss.

This Thursday, Sean will be releasing his guide to the fast-paced world of Asymmetric Profits. It shows every detail you need to start earning serious money in a matter of weeks.

Each missed update is a missed opportunity for once-in-a-lifetime gains.