Advanced Micro Devices (NASDAQ: AMD) CEO Lisa Su has again sounded the alarm on the continuing chip shortage, recently saying it will not end until at least the end of 2022.

Volkswagen’s (OTC: VWAGY) most recent outlook is a bit rosier but not great, with the German automaker stating chip supply issues could be alleviated by the second half of this year.

But then again, we have Cisco Systems' (NASDAQ: CSCO) CEO Chuck Robbins saying on a conference call, “All we know now is we expect this to be with us through the second half of our year."

And these aren’t the only insider experts giving us a fair assessment of the extent of the computer chip crisis either. Apple's (NASDAQ: AAPL) and Taiwan Semiconductor Manufacturing's (NYSE: TSM) CEOs continue to warn that pressures on chip supply are here for the duration.

Believe it or not, this has massive macro implications.

Semiconductors are everywhere. They’re in our appliances, cars, toys, exercise equipment, watches, phones, TVs, lights, beds, you name it. Moreover, chips are vital to the production and distribution of goods and services — even the food we eat like those organic apples you bought at the market over the weekend.

Semiconductors Are Ubiquitous With Life

That means investors have a lot of opportunity in the chip space — especially right now because these semiconductor companies have a lot of pricing power, as well as the cash flows, to ramp up production to eventually catch up to demand.

This is very bullish for chipmakers because even when prices find an equilibrium, increasing demand will increase the supply, slowly bringing the equilibrium price higher over time. 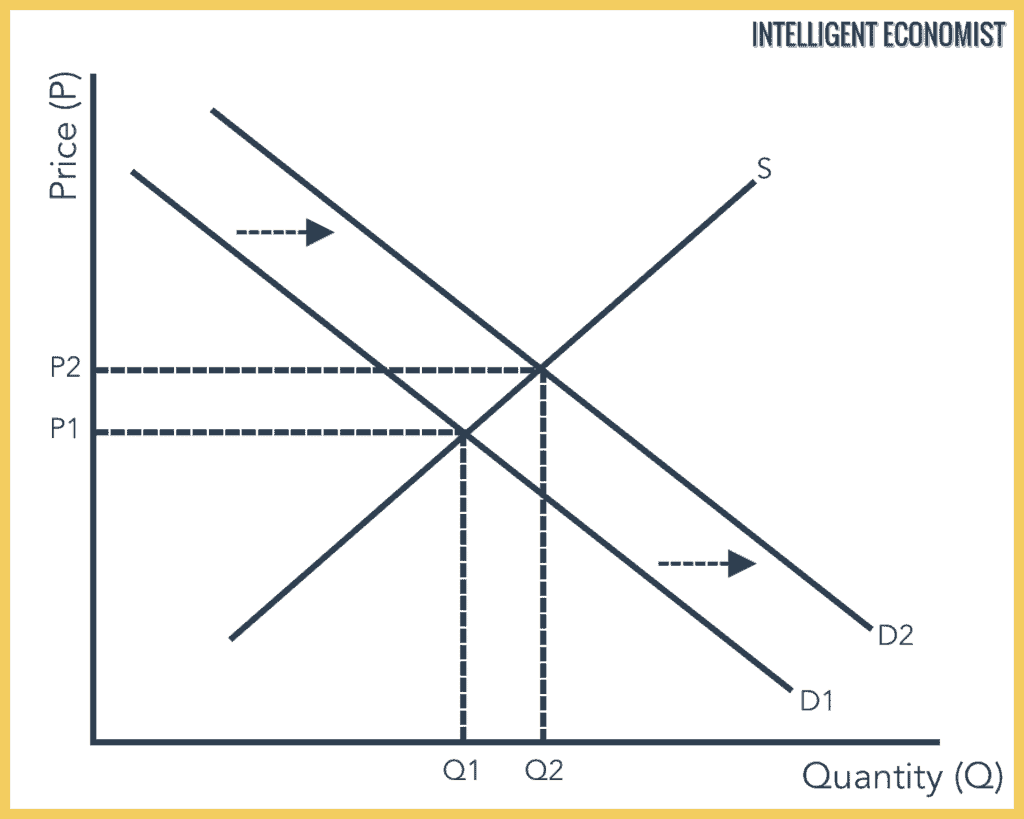 That's great for investors who are in and entering the semiconductor space.

But not every chipmaking company is created equal.

Some experts you’ve seen on TV (but who shall remain nameless) even wanted to buy Intel last year instead — and some still do. That’s a head-scratcher for me. Charts don’t lie. 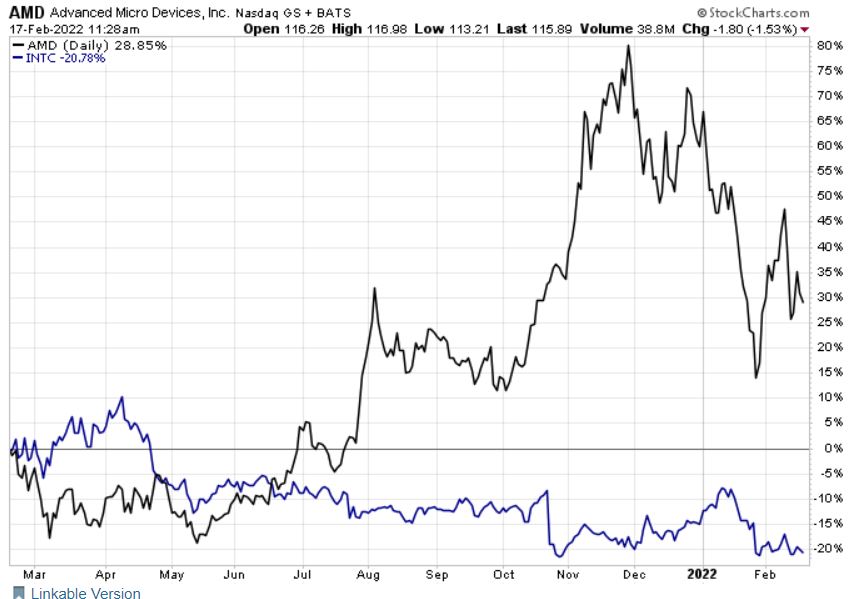 Now there’s a chance for an even bigger boom for semiconductor investors.

But then, to save on costs, we started outsourcing production to only a handful of companies in Asia. Now, U.S. domestic chip manufacturing only accounts for 12% of the world’s supply.

The semi sector’s biggest names have high hopes for the U.S. government to step in and pass the $52 billion CHIPS for America Act. Last summer, the Senate signed off on the legislation, which aims to bolster U.S. chip manufacturing. The bill is now on its way to the House of Representatives.

Once passed, it would unleash a $52 billion tidal wave of capital into the space to ramp up production. It’s the beginning of an American supercycle for semiconductors!

In many ways, the plan to make America No. 1 in semiconductor production has already begun. For example, high-ranking officials from the Department of Defense (DOD) recently visited a secret, state-of-the-art facility equipped with filters to keep it free of pollutants like dust that interfere with the creation of sophisticated technologies.

I think it’s safe to say the officials were impressed...

Because shortly after leaving, the DOD named this company as its “trusted supplier.” At this very moment, a whopping $170 million in Pentagon money is now flowing into this one tiny semiconductor company’s coffers.

[These] chips... work when exposed to high levels of radiation in spacecraft and medical devices. The U.S. military also uses such chips to ensure electronics will remain functional [even] in a nuclear conflict.

And investors are reaping the rewards.

More on this soon.