“Let it slide now... It won't matter when you see the bigger picture.”

That was the last thing I said to a skeptical colleague of mine about a month ago. We'd gotten into a row over crude prices and the direction oil would head in the future.

It turned out to be one of the easiest bets of my life.

The wager was simple — and there's no shortage of takers on this one...

The 20% decline in crude prices since May has brought the bears out of the woodwork.

Scarcely a day goes by now that we don't see some prediction portending another price crash, similar to what happened in 2008.

It's been a sharp drop, to say the least: 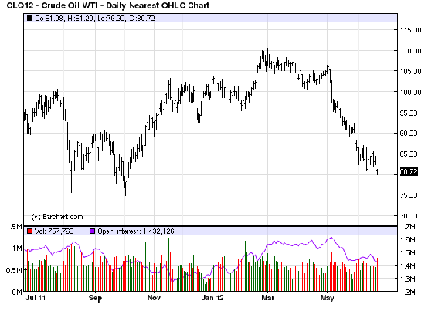 Take your pick of the reasons crude futures slipped below $80 per barrel yesterday: a stronger dollar, the Fed's inaction, further indication of a Chinese slowdown, crude inventories at 22-year highs, OPEC members agreeing not to cut production — and don't even get me started on European fears...

Oil's decline was long overdue. Crude has spent most of the year north of $100 per barrel.

And to be clear, we're not talking about a short time frame here...

When more and more people are convinced we'll see $50, $40, even $30 oil five to ten years from now, I can't help but call them out — and talk them into putting their money where their mouth is (so I can collect later on).

Forget the Fed, a fearful and panic-stricken market, and whatever current Greek tragedy made the morning's headlines...

When one-third of global oil production stems from just 12 countries, there's good reason for OPEC to be so closely tied to price movements.

So it's no wonder there's downward pressure pushing crude lower after the latest decision to keep a production ceiling of 30 million barrels per day.

But the more bearish news that comes out, the easier it is for people to forget OPEC's shady dealings in the past. Easier to forget than forgive, right?

What's worse is we have to take OPEC members by their word because they refuse to disclose individual field data. In other words, nobody can question their stats.

And these lies aren't just limited to the Saudi Kingdom... 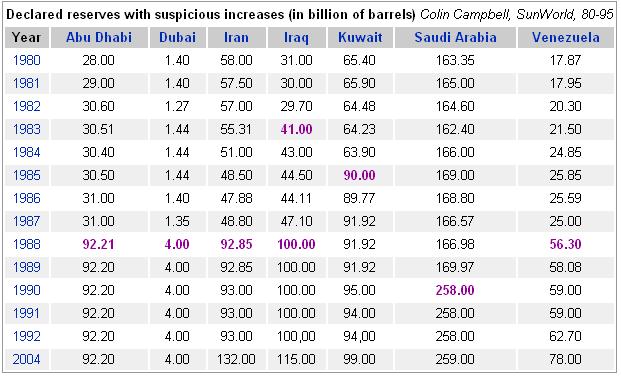 Within a span of just seven years, seven OPEC members suddenly doubled their amount of oil reserves — and Iraq even managed to do it twice in five years!

Those are some pretty impressive leaps, considering those figures have remained relatively unchanged since.

When you've been enjoying triple-digit crude prices for years, it must be hard to face reality.

Last year turned out to be a $1 trillion payday for OPEC members. Whenever that kind of money is at stake, you can bet they'll do anything in their power to keep the cash flowing into their coffers.

We can forget OPEC coming clean with us — especially considering the fact that they can't even admit to the real problems that are piling up.

Over the next few weeks, we'll cover many of the Peak Oil problems developing for OPEC members. Today, however, should serve to reveal how they twist the truth to suit their needs.

And it should give you a better idea of why crude oil will soon be back over $100 per barrel.

When BP released their full 2012 Statistical Review of World Energy, we learned that Saudi Arabia lost some of its bragging rights...

According to the report, Venezuela has 296 billion barrels of proved reserves at their disposal. That's a strong jump for Chavez and company — but it's terribly misleading.

We've mentioned before how the real problem with these new oil supplies is the quality of the oil, not the quantity. The vast majority of Venezuela's reserves are no exception.

More than 235 billion barrels of that oil comes from the country's Orinoco Belt: 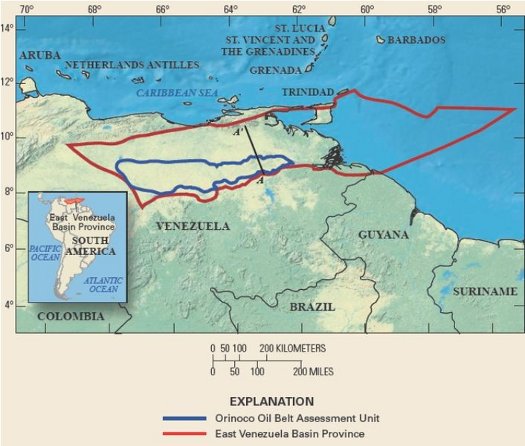 There's no doubt this area holds a lot of oil.

It also happens to be some of the poorest-quality oil on the planet. The extra-heavy crude isn't even close to the light, sweet crude flowing out of North Dakota and Texas wells...

But you hardly ever hear about the quality factor in news or reports.

The good news for investors is that we don't need to wait for the truth from OPEC or Venezuela for our own payday to arrive.

By now, there's hardly an oil investor who hasn't heard of the Bakken Formation. The surge in drilling and production taking place there has made it the darling of the U.S. oil industry for years.

It's the sole reason North Dakota has been able to completely sidestep any effects of our economic recession.

Officials have already reported the state's financial reserves are in excess of $2 billion. The entire oil play has been nothing but an endless stream of good news — and profits — since 2008.

We going to see more of the same story going forward... a lot more.

Demand for more oil and gas rigs across the globe is expected to grow an average of 5% per year between now and 2016. And it's happening exactly where we expect it.

Here in the States, these are the oil stocks that will be delivering that good news.

And with oil below $80/bbl right now, it's created an unprecedented buying opportunity for individual investors.

You don't have to play OPEC's game of shady reserves and suspicious dealings to cash in on oil stocks. The North American energy boom taking place right now will ensure profits for decades to come.