In 1892, Louis Bamberger, a native of Baltimore, arrived in Newark, New Jersey and bought at auction a failing dry goods store.

He renamed the store L. Bamberger & Company... and in a few short years, the store was an overwhelming success.

Each year, Bamberger held a Thanksgiving Day Parade in Newark, where his employees marched in costumes, followed by marching bands and floats.

When Bamberger sold the store to R.H. Macy & Company, employees of Macy’s paraded in front of Macy’s flagship store on 34th Street in Herald Square, New York. And the first Thanksgiving Day Parade was held in 1924.

The parade was such a success that Macy’s announced it would be an annual event. This year was Macy’s 90th annual Thanksgiving Day Parade, with more than 50 million people watching the parade worldwide. 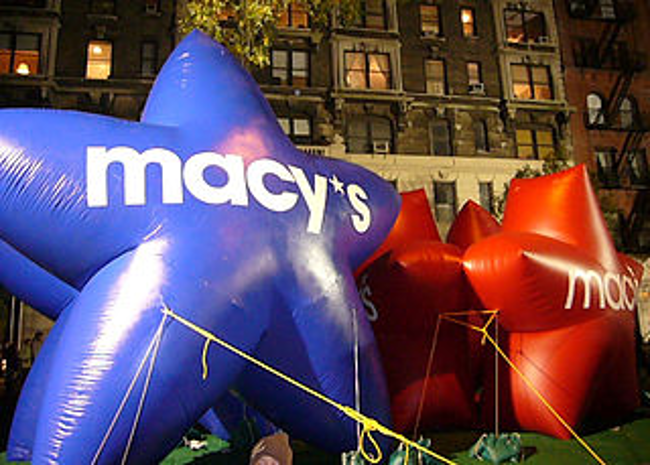 In addition to celebrating Thanksgiving, Macy’s, ever the sharp retailer, also uses the parade to draw thousands into its store to begin shopping for the holiday season.

The day after Thanksgiving has now become one of the busiest shopping days of the year and is referred to as “Black Friday.” Retailers draw long lines and crowds to their stores with drastically discounted items.

In 2005, as shopping started moving onto the Internet, online retailers began offering exceptional bargains the Monday following Thanksgiving — and “Cyber Monday” was born.

There is nothing like a sale or a big markdown to motivate consumers to spend. Everyone loves to get more value for their dollar, and nothing excites consumers like bargain prices.

However, there seems to be a disconnect when it comes to the stock market.

When stock prices are slashed and great companies are for sale at a fraction of their worth... investors run for the hills.

Warren Buffett, one of the greatest investors of all time, pointed this out in 2001 — how investors shunned stocks at the bottom of the dot-com bear market when they were on sale:

To refer to a personal taste of mine, I’m going to buy hamburgers the rest of my life. When hamburgers go down in price, we sing the “Hallelujah Chorus” in the Buffett household. When hamburgers go up in price, we weep. For most people, it’s the same with everything in life they will be buying — except stocks. When stocks go down and you can get more for your money, people don’t like them anymore.

I could never figure out why a stock that was trading at $50 and is now trading at $25 — while the fundamental value of the company did not change — could be considered riskier.

When gasoline prices fell from $5 a gallon to $2 a gallon, did those same people no longer buy gas for their car because the price went down?

And THAT, dear reader, is the difference between great investors and everyone else.

Look, history’s greatest investors have an idea of the value of the company before they even buy the stock.

Great investors know how to identify “Black Friday” and “Cyber Monday” discounts in the market. When they find them, they back the truck up and buy as much as they can.

That is the exact opposite of what the average investor does. It’s no wonder that most investors lose money when it comes to investing — they got it all wrong.

You see, buying stocks when they are on sale is part of an approach that a select group of investors have been following for years.

The odds are good that you’ve never heard of them. They come from small towns that most people couldn’t find on a map. These investors were blue-collar workers that amassed fortunes investing in stocks.

But they didn’t invest all the time; they only invested when they could buy them on sale.

And this short video reveals exactly how they did it.