About 40 miles west of Williston, North Dakota — the epicenter of the Bakken oil formation — sits a tiny rural town that was recently rocked by a strange occurrence.

Culbertson, Montana, a town of less than 1,000 people just north of the Missouri River, saw a massive train derailment in July.

A 106-car BNSF Railway train was carrying oil from the Bakken to a BP refinery in Washington State, but when it reached Culbertson, 22 of the cars derailed and five began leaking crude.

When the cars derailed, a nearby power line was knocked over — a sure sign of imminent catastrophe.

Of course, train derailments and explosions are not strange occurrences these days. Such derailments have become an all-too-common consequence of North America's shale oil boom.

In 2013, as I have discussed many times, a train derailed and exploded in the center of a small town in Canada, destroying several buildings and killing 47 people.

There was also a crash and explosion earlier this year in West Virginia that threatened residents and nearby water resources.

But this derailment in Montana was different...

You see, despite the five breached tankers, the more than 1,000 barrels of oil that leaked, and the downed power lines, there was no explosion. 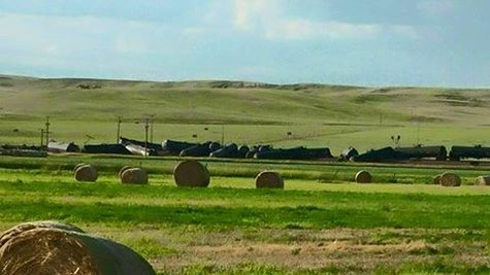 There was no fire to speak of, either — just leaked oil and the torn metal of the train cars scattered near the tracks.

Many began to question exactly how an explosion was avoided and if such conditions could be replicated on all future oil rail shipments.

Unfortunately, as of yet, there are no definitive answers...

A local sheriff's deputy said of the spill: “You could smell it from over a mile away.”

As a precaution, some residents were evacuated, but BNSF crews quickly contained the leaked oil, and the debris and the tracks were soon restored to order.

Some have said that the reason the oil didn't ignite was because the vapor pressure of the oil was in compliance with new regulations...

After a report released last year by the Pipeline and Hazardous Materials Safety Administration said that crude oil from the Bakken is more dangerous because of its higher-than-normal gas content, regulators in North Dakota required that any oil shipped from the Bakken be heated to 110 degrees to lower the gas content in the oil to below 13.7 psi.

According to Statoil, the owner of the crude in the train, the oil was below the 13.7-psi mark, and many commentators leaped to the conclusion that this prevented fires and explosions.

Of course, this is a bit disingenuous because, as I discussed in a column a few months ago, an oil train in compliance with the same standards crashed outside of Heimdal, North Dakota and burst into flames, forcing the evacuation of the small town. 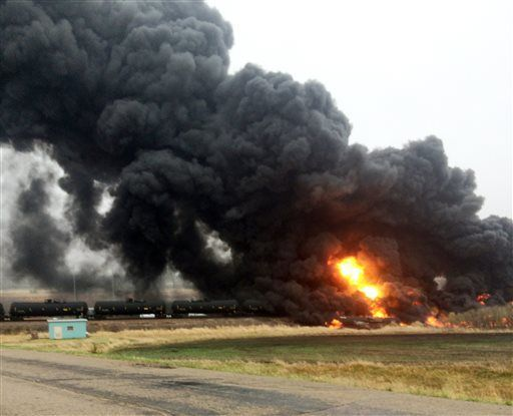 Even though the oil was treated, it still caught fire, so it would seem that the lack of explosion or fire in the Culbertson crash had everything to do with luck and very little to do with science or regulation.

Usually a fire starts in a train derailment because the sparks caused by the friction of a train wreck meet the leaking oil and oxygen present in the air and combust.

Once oil and air meet fire, as you know, explosions happen — typically large ones.

Since the incident caused a power line to go down, it's practically miraculous that there were no explosions or fires.

Still, can we really rely on luck to prevent the dangerous explosions caused by most derailments?

Despite all of the industry standards and new rules announced by the Department of Transportation, there's still no definitive solution to stopping these crude oil derailments other than to cull the amount of oil shipped by rail.

Even with oil production in a tenuous position because of low prices, large amounts of crude are still shipped via rail.

And if rail shipments of oil were forcibly halted, the effects could be devastating on the companies drilling in the Bakken that need secure revenue streams now more than ever.

Instead, the solution to cutting traffic has to benefit producers and be market-based. The only way to do this is by pipeline.

As the amount oil traffic — and accidents — on rails has increased, so too has the call for construction of more pipelines.

Within a few years, the pipeline capacity in the U.S. is set to double, and when it does, there will hopefully be a reduction in railroad traffic and accidents.