Cancer sucks. Anyone who has watched a loved one suffer and fade away already knows that.

But there’s something the medical industry doesn't want you to know.

It used to be the healthcare industry’s best-kept secret. But to our readers, it should be painfully obvious:

Cancer is as deadly as it is profitable.

For our U.S. readers, this sad story should be all too familiar. The corrupt healthcare system is incredibly effective at separating the poor and sick from their money.

The amount of money the industry rakes in every year is monstrous. 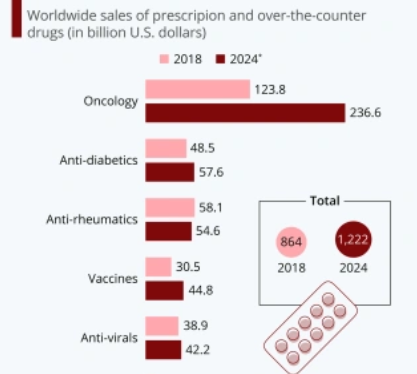 Even the most conservative analysts are predicting the global health market to surge well into the trillions of dollars within a few years.

Supporters of the current system (i.e., the ones making money) claim that newer drugs are far more complex, so they require more research to bring to market.

This is entirely true.

However, the smart folks at Big Pharma have found a rather ingenious way to avoid paying their own bills...

And by “ingenious” I of course mean “horrifically unethical.”

The simple solution? Make YOU pay for it and then charge exorbitant prices if and when you need a prescription.

It sounds like a dystopian joke, but that’s the way things are done in America.

Pharmaceutical companies beg the government for billions in tax subsidies to bring a drug to market. Then, once the hard work is done, the company slaps on a 3,000% markup and begins gleefully extorting sick people.

Take a look at how most of these companies use their money. It’s painfully obvious they aren't in the business of curing the sick. 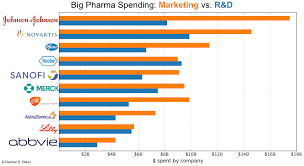 The entire system is broken — at least for everyone who isn't making a quick buck. According to many experts, the problems may be too widespread to fix.

It sounds drastic, but the only solution might be to scrap everything and start over.

Is That Even Possible?

The economics of health care can be incredibly complicated.

The U.S. in particular plays host to a dense web of admins, coders, agents, and officers whose sole function is to shuffle around money and paperwork. It’s a frustrating feature of the country’s hybrid-payer bureaucracy.

Most of the world started with a multipayer system where individuals were responsible for covering their own healthcare costs within a free market of providers.

Most European countries ditched the multipayer setup sometime in the late 20th century, when healthcare costs started to really take off. In an instant, all the bureaucratic bloat evaporated.

Both healthcare systems have pros and cons — just ask one of the Brits waiting months for an appointment with the NHS or an American paying $3,000 for a routine surgery.

My point is, regardless of whether the U.S. ever adopts a universal healthcare system, the entire industry is obsolete.

That’s where this machine comes in. 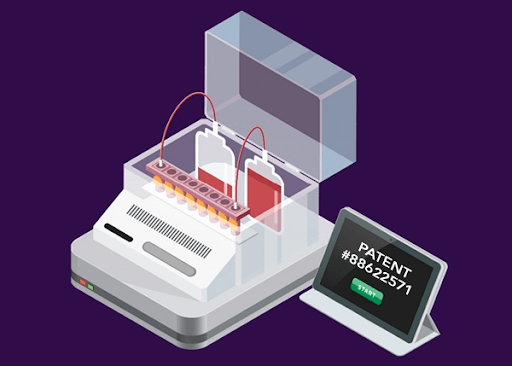 It’s not a typewriter that uses blood, despite its appearance. This small device, made by a similarly small team in Maryland, is the world’s first “cure computer.”

Put simply, this newly created medical tool upgrades your immune system to easily fight off some of the world’s deadliest diseases. It’s called CAR-T therapy, and it has the potential to cure every disease known to man.

The entire biotech industry has been fighting tooth and nail to get exclusive access to this technology. Believe it or not, this small-cap company beat out all of the rest.

Scoring this patent means CAR-T therapy will be protected from the meddling hands of Big Pharma. Pfizer and Moderna will have to wait their turn.

Charles Schwab, BlackRock, and Morgan Stanley have already made relatively small early investments, just to dip their toes in the water.

But for now, this incredible team has flown completely under the mainstream media’s radar. It won't stay a secret for long, so check out the details here, completely free of charge.

P.S. Are you curious about what America’s elite are up to? I hate to be the bearer of bad news, but these billionaire insiders are quietly siphoning away the biggest profits and leaving almost nothing behind for the rest of us. And unfortunately, most regular investors have no idea that these backdoor trades even exist unless you’re a part of America’s elite club of billionaires.

That ends here. My colleague Alexander Boulden has spent years rigorously testing his trading system. His Insider Stakeout algorithm uses four spotlights to track what America’s wealthy are up to. It allows you to level the playing field and puts you back in control of your financial destiny. Sign up today to be a part of Alexander’s Insider Stakeout and start beating the insiders at their own game.