Never Own a Car Again

Clearing the Roads with Autonomous Cars

I am ready to never own a car again.

Don't get me wrong; I handed over the $1,000 down payment for a Tesla Model 3 the night Musk showed us the first prototypes. I am psyched to own that car.

But like any other driver who commutes near a city, I have spent more than enough time behind brake lights as far as the eye can see, thank you very much.

The worst traffic I regularly endure is on Baltimore's Beltway. That's three to four lanes that run nearly 52 miles in a sort of amoeba shape around the city.

I really, truly hate that commute. But the way things are going, it won't be this miserable for much longer...

The real problem with highway driving, and driving in general, is that the roads are just so crowded!

My commutes generally look like this, and worse, on a daily basis: 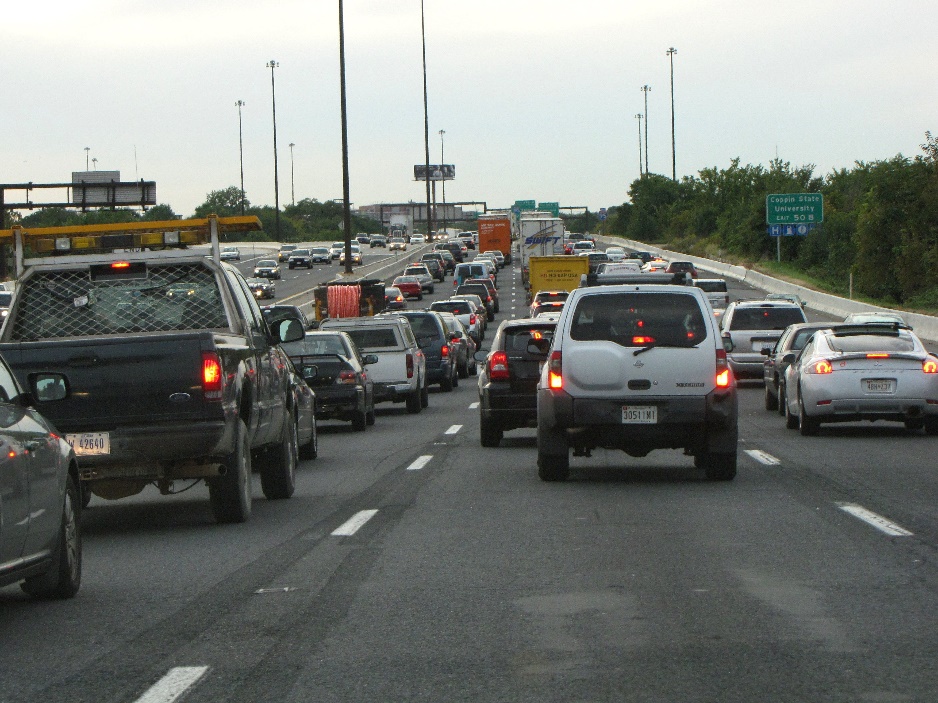 One solution to this problem could be more lanes. But that doesn't always work out as well as people hope...

Case in point: China's Beijing-Hong Kong-Macau Expressway. It's more than 1,400 miles long and 50 lanes wide. One would think that would be more than enough space, even with the high volume of commuters and tourists that drive on it every day.

But short of making it a merging nightmare, all that extra space still doesn't prevent major traffic jams from happening. In fact, because of all the motorists that turn up to take advantage of that space, it's had some of the worst traffic jams in the world.

Instead of adding more lanes to the already beleaguered streets, I think it's high time we started putting fewer cars on them in the first place.

Autonomy to the Rescue

In reality, Musk may have started the autonomous car battle, but that doesn't mean he'll win the war. And I am A-OK with that because it all boils down to the same result: fewer cars on the road.

Already, Uber, Lyft, and Didi have become wildly popular for ride sharing. Independent companies all over the world are coming out with autonomous transportation services. And for those not quite ready to hand control over to a computer, services like Zipcar, Car2Go, and Hertz 24/7 allow you to rent a car for yourself for a few hours.

Tesla Motors, Toyota, Ford, General Motors, and Apple are all going a step further by planning not only autonomous vehicles but also ride sharing services to go with them. You won't have to buy the car; you'll just have to use the app to order one when you need it.

People may never own cars again after this.

Last month, Chris DeHaemer used a particular chart as an example of something that shouldn't really be weighing on investors' minds right now. But I think in this case you may want to have a look... 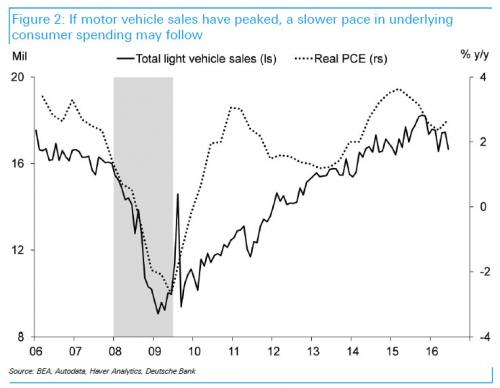 Car sales have peaked. And the spread of ride sharing and autonomous vehicles isn't helping matters.

That major carmakers are getting in on the action should alarm anyone still hoping to see car sales return. Once upon a time, vehicle production accounted for one-third of the United States economy. I don't think we'll ever see it be that important again.

Instead, it's more likely that the transportation sector is switching from a business of products to a business of services. And that's going to offer a whole new avenue of opportunities for investors ready to make the shift along with it.